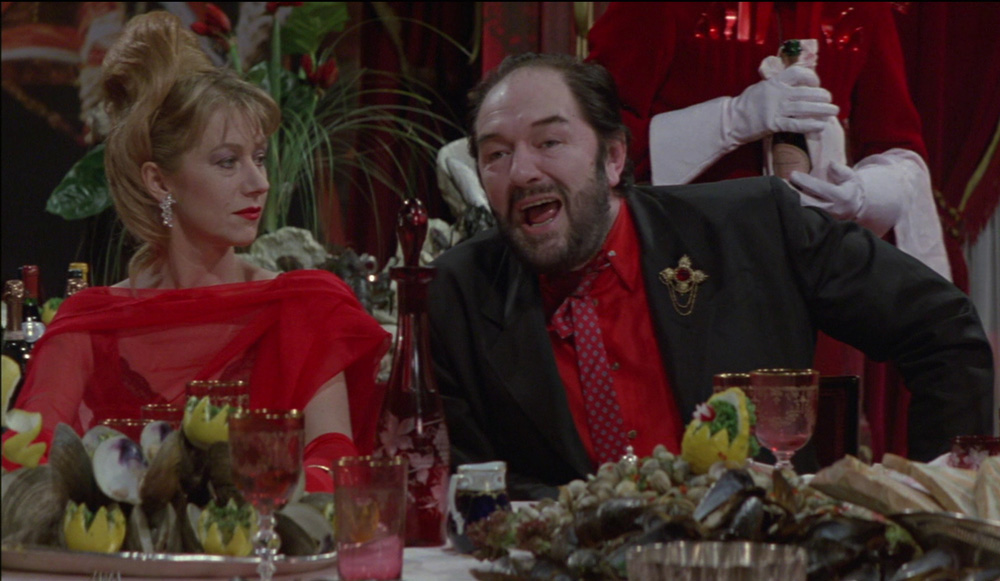 In retrospect, I recognize that the break occurred on September 11th, 2016. That was a fairly humid, late-summer day in New York City, and Hillary Clinton was campaigning for president while trying to stave off a bout of pneumonia. In a viral cell phone video, we can see an assembly of bodyguards flex uncomfortably before Clinton staggers and is helped into a Mercedes van, and there is the unmistakable sound of a baby crying. When I watched this video, it was the first time when I felt palpable dread, like a notice from a collection agency: Maybe he will win, and what then?

To be clear, I don’t think this video had any effect on the election, and I certainly don’t blame Clinton for campaigning while suffering from pneumonia. If I had pneumonia, the only “campaigning” I’d be capable of would be sweatily cry-watching The NeverEnding Story for the 50th time. Simply, that video was unsettling in the ineffable cosmic tenor of a bad omen. Six months later, my feeling of dread has been validated and echoed in a series of grotesque tableaus that have been almost elegant in their cruelty and stupidity.

In a wry musing for The New Yorker, staff writer Adam Gopnik discusses the possibility that we are living in a computer simulation. Gopnik argues that, given the absurd horror of our times, we may be living in not just any sort of simulation, but one helmed by a prankster god in particular. I agree with this premise and would like to name the prankster as eccentric British filmmaker Peter Greenaway. I believe we are living in the universe of Greenaway’s masterpiece The Cook, the Thief, His Wife & Her Lover.

In the 1989 film, Michael Gambon plays the relentlessly monstrous Albert Spica, a London thug who has purchased a surreally fancy French restaurant seemingly for the purpose of gorging himself and berating the chef, his own beleaguered wife, played by Helen Mirren, and his dwindling patrons. When the film was released, critics called it a scabrous indictment of Thatcher’s Britain, but watching it now, it reads far more like a prescient harbinger of Trump’s America. Margaret Thatcher was icy and merciless and said things like: “Being powerful is like being a lady. If you have to tell people you are, you aren’t.” Whereas if Trump’s dad hadn’t been a Daniel Plainview-like super-villain of 20th-century white-supremacist capitalism, Trump would probably now be a thrice-bankrupted boat salesman banned from the Fort Lauderdale Toastmasters club for going over his allotted timeslot, instead of the President of the United States.

Like Trump, Albert Spica is a sadist, a bully, and a braying, gluttonous, insufferable boor. Framed by Greenaway’s baroque and nightmarish set design and camerawork, the film is like if Harold Pinter or Martin McDonagh wrote a stark mob parable about the age of Trump. Spica’s neckties hang vulgarly near his balls just like Trump’s (the shriekingly magnificent costumes are by Jean Paul Gaultier). Spica’s culinary palette is smugly unsophisticated just like Trump’s (“this tastes off!” he spews after trying a seafood dish). There are several lines roared by Gambon that I would bet anything Trump has also said, e.g.: “needs more gold!” In his gaudy dining room, when the chef wearily asks, “You are hungry, Mr. Spica?” he bellows: “Always!” (You really think Trump doesn’t have that same routine with an exhausted French-Canadian chef at Mar-A-Lago?) We maybe haven’t yet reached the nauseating depths that Greenaway plumbs (seriously, this an incredibly gross movie, approaching the Sweet Movie / Salo event horizon), but it inexorably feels like we could. Trump hasn’t yet smeared dog shit on a writhing Reince Priebus or doused a gagging Paul Ryan in cream soup, but if he did, would you faint from shock or register it with little more than the sort of dull horror that we breathe now, as if there is a single wafting slaughterhouse circling and dominating the globe?

Since the election, the Greenaway timeline has reverberated throughout our pop culture as well. Threadbare “events” have found new ways to debase themselves. At the Grammys, Adele’s 25 (otherwise known by its full title, 25: an album for children under the age of 13 and recently divorced people) beat out Beyoncé’s Lemonade. Adele gave a teary, unctuous paean to Beyoncé that maybe in the “halcyon” years of the monoculture would have been endearing, but in the Alan Moore graphic novel that we inhabit now it felt glib and greasy. If white middlebrow artists who steal awards from exponentially more daring and transgressive black artists feel so very awkward about accepting them, they could always, you know… decline the awards.

Then at the Oscars, a horny boomer employee of Price Waterhouse Cooper got flustered from taking a selfie with Emma Stone and gave a lightly perma-sozzled Warren Beatty the wrong envelope, leading to the La La Land producers wrongly claiming the Best Picture award from Moonlight. That the beautiful and subtle Moonlight will now forever be associated with the “graciousness” of some Serious, Brow-Furrowed millennial producer is akin to if Dan Fogelberg had been wrongly announced over Stevie Wonder for an award in the ‘70s and now, when people mentioned the brilliance of Stevie Wonder, someone would automatically respond “you know who’s a really nice guy? Dan Fogelberg.” I recognize that these events are not exactly horrific, but more bafflingly sloppy. Yet I find myself constantly going “What?!” Throughout The Cook…. characters are vomiting suddenly but logically, and I have witnessed and experienced an increase in the same phenomena, in the real world, since last year’s election. (Ever since Trump was elected, if I drink too much coffee too quickly now I instantly throw up. It is humiliating.)

Just like Michael Nyman’s sublime and hysterical score for the movie, there are moments when the artifice of our timeline crescendos. Trump’s recent State of the Union speech was immediately hailed by sycophantic Beltway dweebs as a “home run” and a “reset” for his presidency, despite the truly hideous spectacle of Trump exploiting the grief of the widow of a Navy Seal slain in an ill-planned raid in Yemen—one that Trump supposedly approved because Obama had been “too weak” to do so. The death of Ryan Owens is deeply bleak and sad. He and thirty Yemeni civilians lost their lives for nothing: the Seals found no “actionable intelligence” (not that that would have justified their deaths). It appears that Trump ordered this violent debacle with the same consideration and wisdom as he would a gigantic ice cream flambé to conclude a meal at the Trump Grill.

I MAY NOT BE a prankster god but I have been keeping it LO-KEY since the election!!

I think the writer means Dan (not John) Fogelberg, even though he wouldn’t have been up for an award until probably 1980. Nice piece.