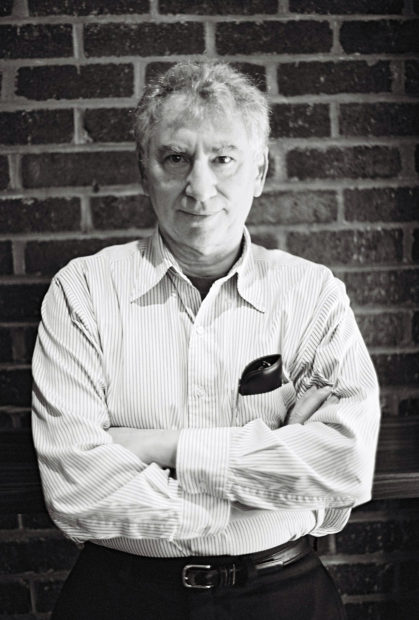 Despite a storied career and an aesthetic proximity to such experimental film legends as Maya Deren and Stan Brakhage, Ken Jacobs (who is 83) remains unfairly underappreciated. Fortunately, several Austin arts and media organizations came together this week for an informal Ken Jacobs retrospective, showcasing his unique and eerie films and culminating with one of his storied Magic Lantern performances this Saturday.

Last Wednesday, the Austin Film Society screened five of Jacobs’ films (all of which can be seen on Jacobs’ Vimeo page) and he was in attendance, as vigorous and irascible as the films screened. Jacobs works in many different modes and templates, but one of his mainstays is an extremely psychedelic and disorienting manipulation of old daguerreotypes and stereoscopes. Imagine a Ken Burns film on DMT and you’re close. The first film screened, New York Street Trolleys 1900, from 1999, was the simplest and least political of his works, and here Jacobs’ amiably rambles about perspective, light and motion, while two stereoscopes of old New York street trolleys are clashed together. Jacobs often collides images to achieve the Pulfrich pendulum effect (named after a WWI veteran who lost in eye during the war), which causes a queasy loss of dimensionality and position. “It’s all designed to make you crazy,” Jacobs said in the post-screening discussion about his films, and it does—even for an innocuous sequence about trolleys there’s a sense of collapsing and falling, the way your stomach drops on a roller coaster, but it also keeps stretching out and looping, like dying in a dream. 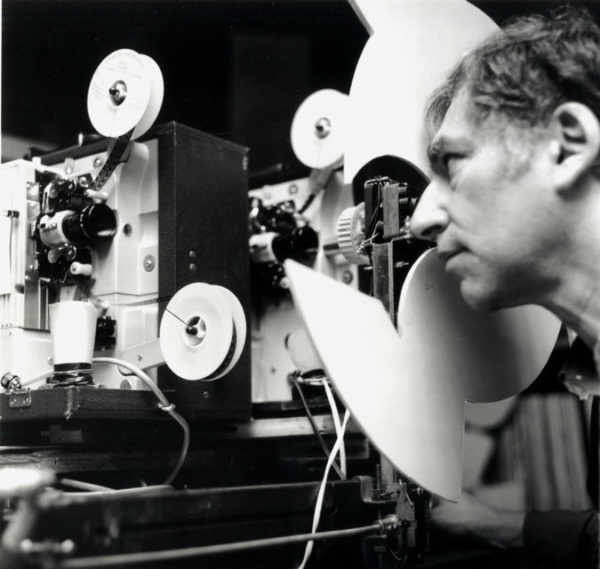 The next two pieces screened, Capitalism: Slavery and Capitalism: Child Labor, lope around found stereoscopes of enslaved people picking cotton and children in an industrial factory. A droning, anxious score by Austin’s Rick Reed  increases in pitch until the films become a horrific and nauseous confrontation with monstrous practices they are confronting. Jacobs, like Deren, Brakhage, Kenneth Anger and Jack Smith, is an aesthetic wizard and there is a refinement to these works that renders them intrinsically beautiful and alluring. But Jacobs, a defiant and strident leftist, does not mask his outrage. 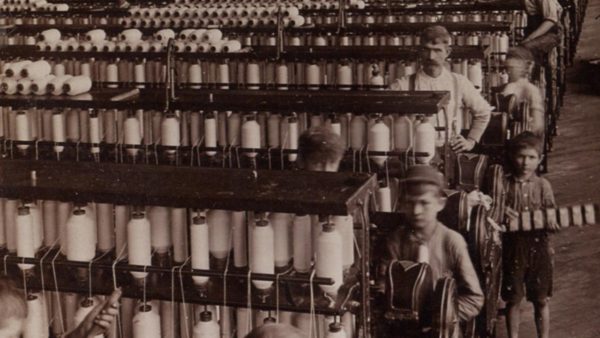 “I go to sleep seething,” he admitted, and said that what struck him most about these original stereoscopes was the vulgar pride—they radiate with the smug, callous ownership with which a wealthy person would photograph a yacht or blue-ribbon steed. Jacobs’ manipulation of these images breaks down the casualness with which we view such cruelty and creates the sensation of seeing, like some benevolent naïve star traveller, where the pain humans inflict on each other appears utterly strange and visceral. 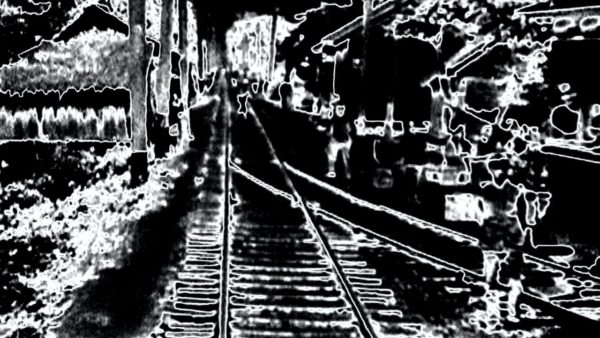 Still from Another Occupation

The fourth piece screened, Another Occupation, takes ghostly, stark footage from soldiers sometime in early to mid 20th century (“some old horrible propaganda film”) and applies his process, interjecting with a scalding polemic against war and militarism: “…the soldier is the most debased slave, forced to dress the same, same haircuts, even buried in a line with blank white headstones,” one title screen blares. A jaded person could find Jacobs’ firebrand politics wearisome and clichéd. I found them, especially when connected with his passionate and startling imagery, cleansing, like a taking a plunge in a cold salt water pool. We live in such a militaristically reverential culture that sometimes it takes an iconoclastic beat bohemian to force a snap back and appreciate that regardless of courage and honor, war has and will always be hell.

The final piece screened, the epic Seeking the Monkey King, forgoes the manipulation of found stereoscopes and instead employs Jacobs’ “magic lantern” methods, using lights and shadows on such simple materials as crumpled and shaped tin foil to create a spectacular and hellish miasma. Through the 40-minute film, Jacobs interjects title screens with an apocalyptic screed of the state of the world. (The score is by J.G. Thirlwell, who scores many of Jacobs’ films.) The Monkey King embodies our worst impulses—a greedy, violent, brutish force whose hairy knuckles drag us into senseless wars, acquisition and cruelty. The imagery—roiling chrome abstractions and looming apparitions of the Monkey King—is deeply unsettling yet also ecstatic and thrilling in the violent and volcanic manner of the best works Nicolas Winding Refn and Claire Denis.

At the end of the night, two quotes by Jacobs resonated as koan for his work: “We’re so smart, and so fucking stupid,” and, “Fred Astaire’s dances should never be wasted.” Jacobs’ work boils with a voracious capacity for capturing and appreciating beauty, and a rage at the forces that brutally destroy and debase the sublime.

A beautiful introduction to one of the most experimental filmmakers I’ve ever come across… disorienting indeed, but necessary as a component to the work. Wow.

Thank you for covering the AFS screening. I am the organizer and invited Mr. Jacobs to Austin. The name of my organization is Antumbrae Intermedia Events + Installations. I curated the entire Optic Antics Festival for Ken Jacobs and diNMachine. There was nothing informal about the festival; it took a year and a half to plan with exceptional time and resources. Antumbrae worked with the College of Fine Arts College, UT, RTF at UT, AFS, Museum of Human Achievement, Experimental Response Cinema (where I am also a programmer) and Austin Museum of Digital Art, Soundspace at the Blanton Museum to bring audiences festival. I also introduced the screening if you remember. Austin, TX’s Rick Reed- who was acknowledged by Ken Jacobs before and after the AFS screening was sitting in the audience. Rick Reed composed Capitalism: Child Labor and also Another Occupation, not J.G. Thirlwell. Thirlwell only scored Seeking The Monkey King that night. Please, fact-check and change the information in your article, especially the information on Rick Reed. Thank you.