What Texas Can Learn From Hamburg 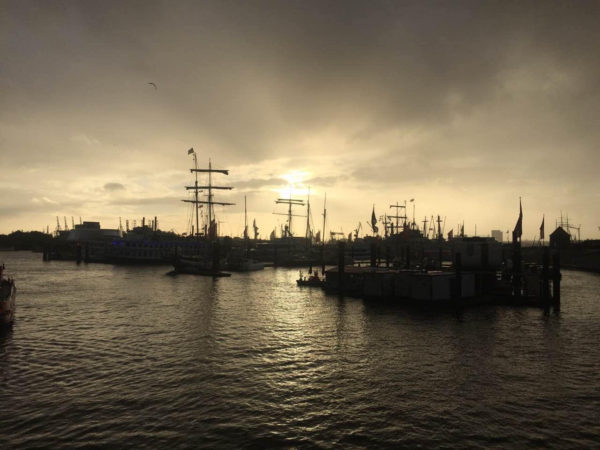 It was a surreal experience to travel to the sane and calm country of Germany two weeks ago, to the genially bohemian city of Hamburg, for a dear friend’s wedding. In Hamburg, I watched as people serenely rode bikes, crate dug for [German Accent] funky beats, and drank beers on the street, and I felt an unusual sensation… of being totally relaxed. Meanwhile in the United States, a psychopath who had been planning his meticulously horrific massacre for decades pulled the trigger on hundreds of concert goers in Las Vegas, and our bulbous, foie-gras molded Secretary of State held a tense press conference to assure us that he hadn’t actually called the President “a fucking moron.” Which, just as James Woods suing a Twitter user who called him a coke head is basically the cokiest thing I can imagine, Tillerson arranging this exasperated briefing is confirmation that he most definitely called Trump a fucking moron.

America feels insane and enraged. Steeped in rage — rage ambient in the air like heat waves. And Texas, the state I live in and love, is a most American of states, a state whose politicians most resemble the unholy children of Cormac McCarthy and John Waters. So traveling home, I thought of what we could take from the fair city of Hamburg, to evolve our state into the free-spirit freak it yearns to be.

Hamburg is staunchly progressive and announces itself as so with a canopy of anti-fascist and anti-racist graffiti tags throughout the city. My favorite, which succinctly summarizes my own political philosophy, simply reads: No Nazis, No Cops. Abandoned buildings have been taken over by squatters, who, while fairly twisted, seem to be treated with a modicum of dignity that’s culturally disarming. While Texas’ politics are depressingly right-wing and hysterical, we Texan citizens are distrustful of authority, and are down to ride for our neighbors when times get hard. Is it so hard to imagine, with a few clicks of the zeitgeist and demographics, our embrace of anarchist squatters taking over some shitty vacant strip mall and offering free breakfast tacos and bike repairs on the weekends? 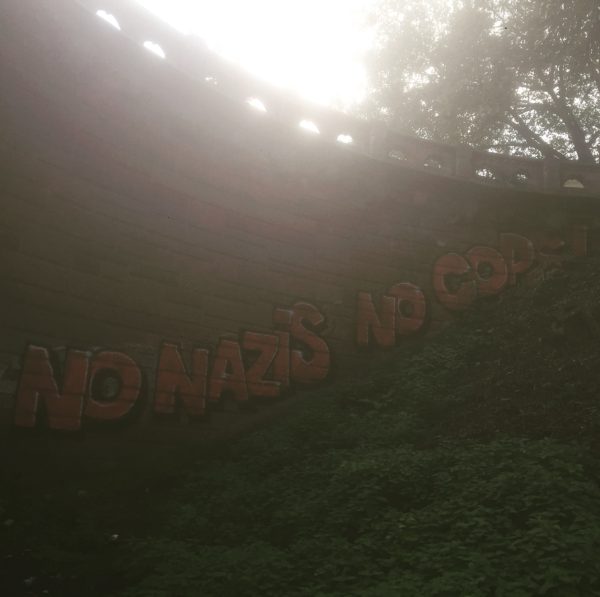 Additionally, Hamburg is home to the football club St. Pauli, which is internationally recognized for its progressive and staunchly anti-racist and anti-fascist reputation. To be a fan of St. Pauli is to subtly convey your politics. The San Antonio Spurs — the proud, five-time championship franchise of a working-class, majority Latino city that is often (racistly in my opinion) derided as provincial — is primed to be such a franchise for the NBA. The coach of the Spurs, Gregg Popovich, has revealed himself to be a passionate and sensitive voice, whose statements on race are remarkably nuanced, especially for a nearly 70-year-old white man. I am almost 100% sure Pop reads Ta-Nehisi Coates, and I suspect he has waded into the even more challenging waters of critical race theory. The Spurs should fulfill their destiny and become the anti-rascist, anti-fascist, pro-immigrant basketball team for the world. I know that owner Peter Holt is a significant republican donor, but he also strikes me as one of those perma-sozzled rich boomers who say things like: “Y’all seen those little drones? They are NEAT!” I have no doubt that Pop could use his military mental jujitsu to convince Holt that a night honoring Bobby Seale is actually about celebrating small business owners and entrepreneurs. Whatever bloated oafs the Spurs lost as fans when they burned their two-sizes-too-small Manu Ginóbili jerseys, they would gain in fans tenfold globally as the Team of the People.

Hamburg apparently has more bridges than Amsterdam and Venice combined. Bridges lattice the canals like the patterns on a snake’s skin. The presence of all these bridges wires in moments of repose into one’s days. You find yourself pausing on a bridge, watching the water, thinking about the past, about how ghosts are really just similar moments of repose from history that connect to each other like buoys on the river.

Texas, at least in my experience, seems woefully deficient in bridges, especially for a state that prides itself on excess. Austin should have a pedestrian “Batta Vecchio” where bonged-out peddlers could sell Bat City trinkets. San Antonio should have a bridge where plein air painters like the great Cruz Ortiz could paint the river at sunset. Houston could ease the glumness of its sprawl by having more architecturally relevant and user-friendly overpass bridges (this also could be practical whenever the next flood comes). Our state’s history is cruel and delirious and gorgeous. Let’s build some bridges so we can pause for a minute and listen to it.

Hamburg’s Kunsthalle is an excellent art museum that deftly interweaves an impressive array of German artists — both classical and contemporary — and forms an affecting tapestry of its own regional history and identity. Its collection of the brilliant German Romantic painter Caspar David Friedrich’s works is staggering, and includes the majestic Wanderer Above The Sea Of Fog, which has adorned many editions of Thus Spoke Zarathustra and which Karl Knausgård has probably scream-demanded be the cover of a new translation of My Struggle before theatrically plunging himself into a saltwater pool to cool the fire in his heart. Hamburg’s Kunsthalle also has extensive medieval and renaissance works, and perhaps is the single finest source I’ve ever seen for portraiture documenting the “various types of white men there are”. 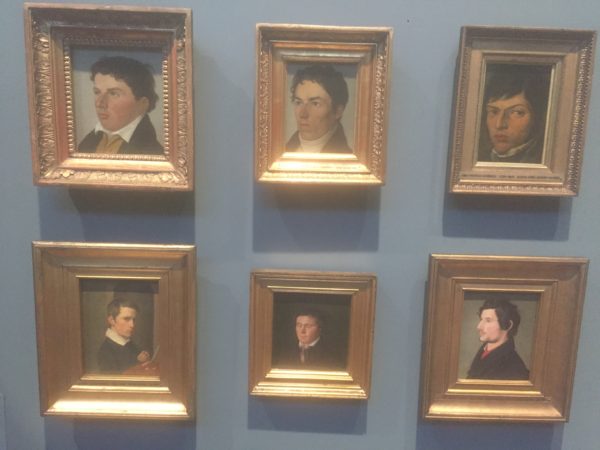 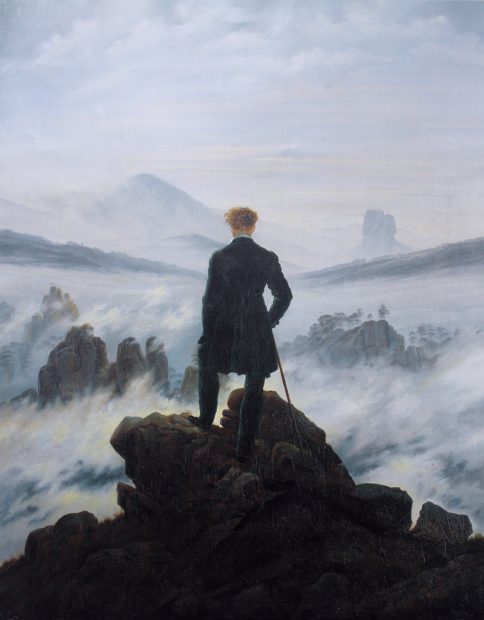 Texas for some mystifying reason does not have a definitive Texas culture museum. Austin, for a city that now has an international reputation and caché, is embarrassingly thin on quality museums. I envision a museum of Texas culture that reflects Texas history and identity — past and present — with the same refinement as a German Kunsthalle. A museum that houses Mary Bonner and Terrence Malick and DJ Screw. A museum that shows the hardness of Texas and the beauty of the art made by our citizens to refract such hardness and escape into the horizon.

By far the most popular attraction in Hamburg is the Miniatur Wunderland, an overwhelming, slightly crazed four story “model and railway park” that depicts massive geographical scenes in painstaking and sometimes absurd detail. There are canyons and airports and alpine railroads and music festivals. My friend took her time through the various displays and spotted nude beaches, crime scenes, and a meeting of the Illuminati. I, unsurprisingly, lasered in on a blue cave in the mountains filled with little demons and fairies. 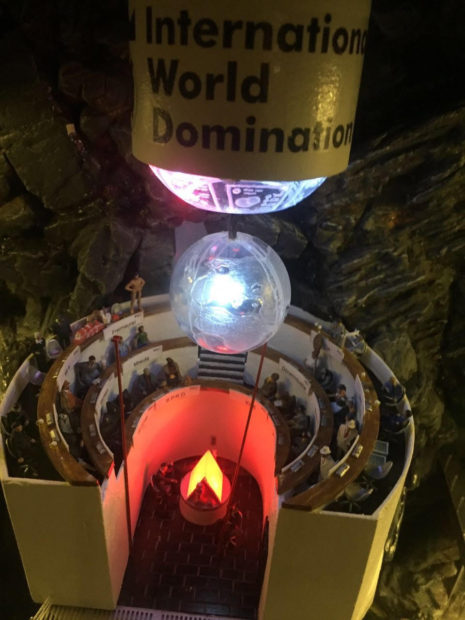 A Texas Wunderland is such an obvious slam dunk I’m now obsessed with meeting some sweaty, failing scion of a Dallas real estate dynasty who begins each board meeting with a panicked and folksy “Guys, we’re in trouble…,” and I convince him to convert his disastrous luxury mixed-use development into a Texas Wunderland. Let’s just throw out some possible tableaus to include: A UGK show in the Third Ward of Houston in the ’90s complete with candy-painted drop-topped Cutlasses and Cadillacs; the Sex Pistols playing in San Antonio at Randy’s Rodeo in the ’70s; Quanah Parker screaming down the plains under a full moon; the Rio Grande valley at sunrise; a drug scene from the Starck Club in Dallas in the 1980s, that extremely ratchet time of multiple booms and busts when ecstasy was sort-of legal. Aren’t you ready to purchase your annual passes now? 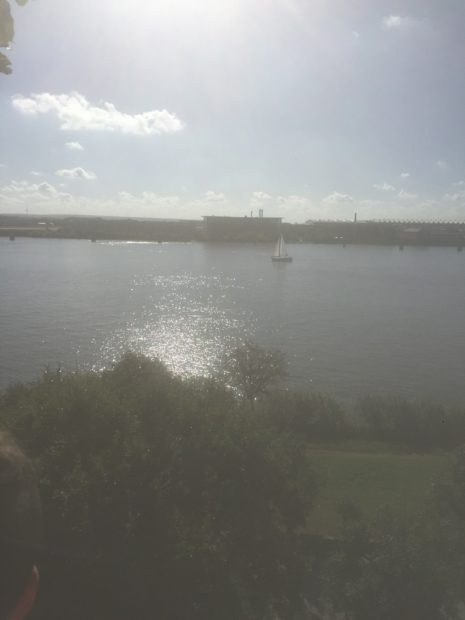 My ultimate takeaway from Hamburg, and Germany (despite its obvious imperfections — a far right nationalist party just made major gains in a recent election), is that it has tried truth and reconciliation. It has looked at its past and vowed not to repeat it, and that means some ease in the knowledge that you may feel some discomfort in living with those who are not like you, but that feeling shall pass with a clear day and a cold beer and the sun sparkling like jewels on the water.

Perhaps we in Texas and in the U.S. can learn from Germany in this dark time — can learn to stop exhaustively defending our sins, to let some of the rage burn off in the desert and drift off the coast, and relax. Perhaps then a bridge would let us wander above the sea of fog and we could look out onto our beautiful, strange wunderland.

This is a great piece on Hamburg – thanks.

However, I’m gonna say that Hamburg is sometimes scene to at least a little bit of craziness, and not just the Reeperbahn. It’s not just the USA that is crazy.