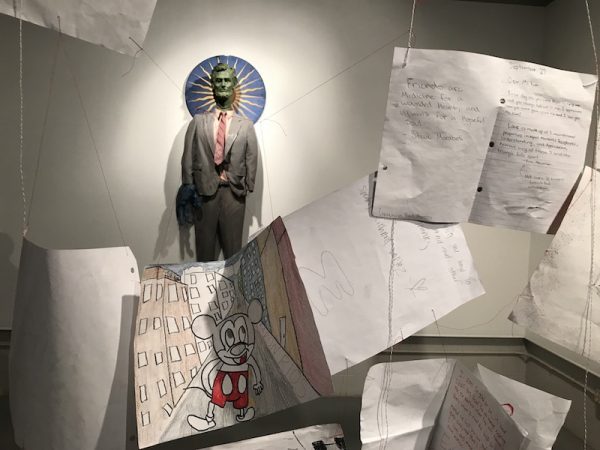 For it’s third year at the 5&J Gallery at CASP in Lubbock, Chad Plunket and I, as the curators, each chose five artists to make work for a show — from start to finish including install — in 24 hours, which would open to the public at the gallery for Lubbock’s monthly First Friday Art Trail. Artists were assigned the material. (In previous years, given materials were cardboard and clothing.) This year, artists had two weeks’ notice that they would use “found art,” meaning items and images that were previously considered art.

So this reality-TV-like, pressure-cooker set up isn’t really meant to tap into artists’ oeuvres. Rather, it intends to challenge the artists in an immediate sense, and maybe act as foil to their usual process. 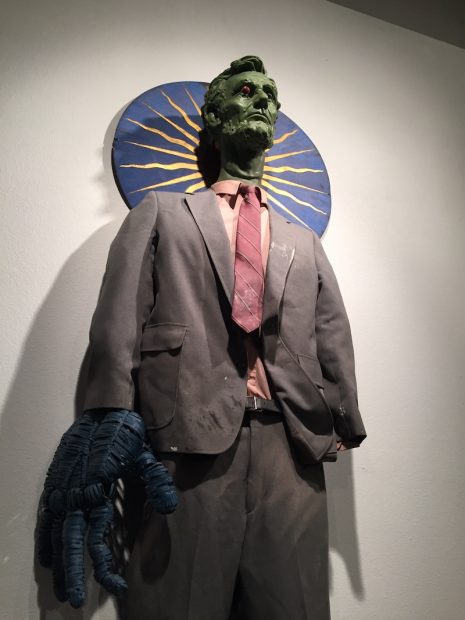 For some, like Jon Whitfill, the artist ends up doing something completely out of their wheelhouse. When I walked in to see the show last night, if I didn’t already know what found items Whitfill had on hand, I wouldn’t have guessed it was his piece: a house divided against itself, comprised of a Terminator-eyed Abe Lincoln with a low-relief Masonic sun turning the figure into icon. I don’t imagine Whitfill’s work will now take a turn to the heavily political, but he often uses books, so who knows? 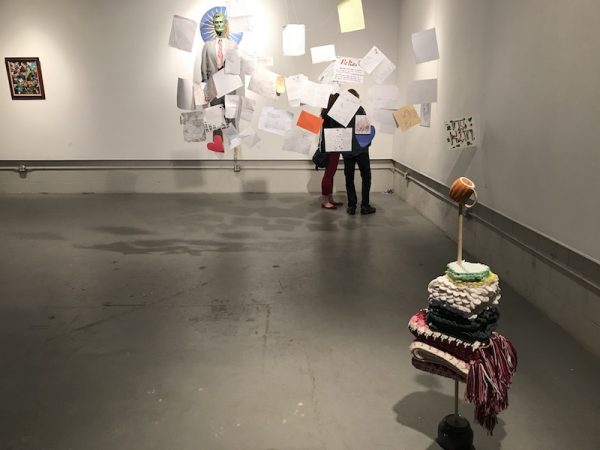 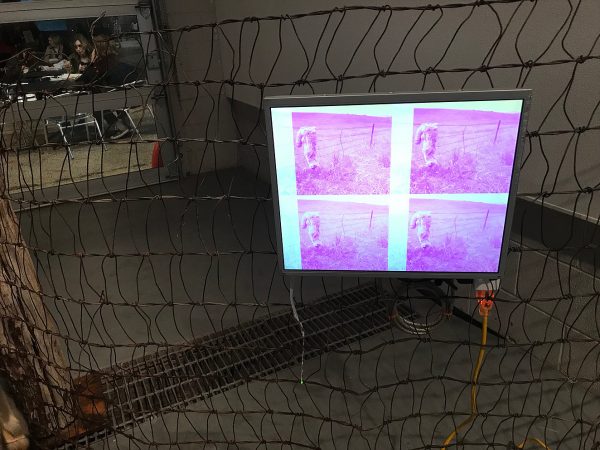 Lindsey Maestri and Zach Morriss did build on their ongoing practice, with pieces that bookended the gallery. I wouldn’t say Maestri’s knit and crocheted potholders (and other-people’s-ceramics) took on new life as objects; rather, they seemed saddened by their new non-functional role: a tiny, naked cairn that was a little too close to the wall (and I wouldn’t change a thing). 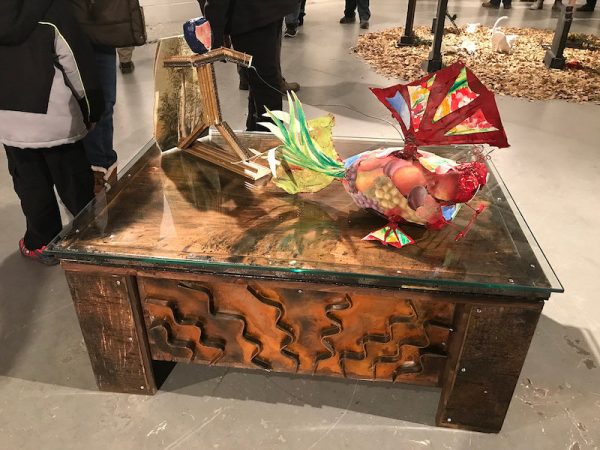 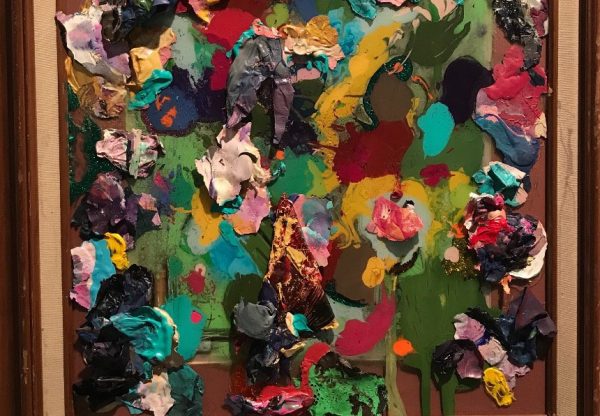 Jimmy Peterson and Jonah Bresley used the prompt for thriftstore paintings, turning out some playful, off-the-cuff pieces with classic, duo-tone thrift-store frames. I was half expecting garish and clunky assemblage (which I adore) to be the aesthetic throughout the show, and I’m glad it only manifested in these two pieces. 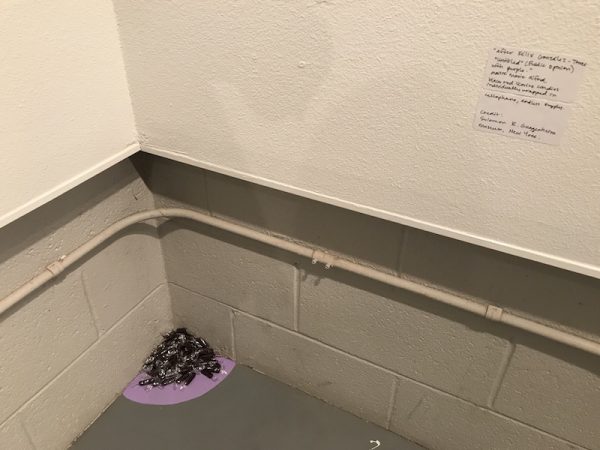 In choosing artists to not only make work in 24 hours, but plot out, light, and install an exhibition, there’s a lot of hope and trust that they won’t blow it. The best-case scenario is when pieces knock your socks off — and two did so for me. Maisie Marie Alford used the work of other artists and made two pieces — her second, after Félix González-Torres ‘Untitled’ (Public Opinion) with purple, was literally a pile of Félix González-Torres’ candies from the Guggenheim in New York. I hadn’t considered that artists would use “real” art in this way, and the gesture was sincere. (And maybe a little legally questionable? Cool.) 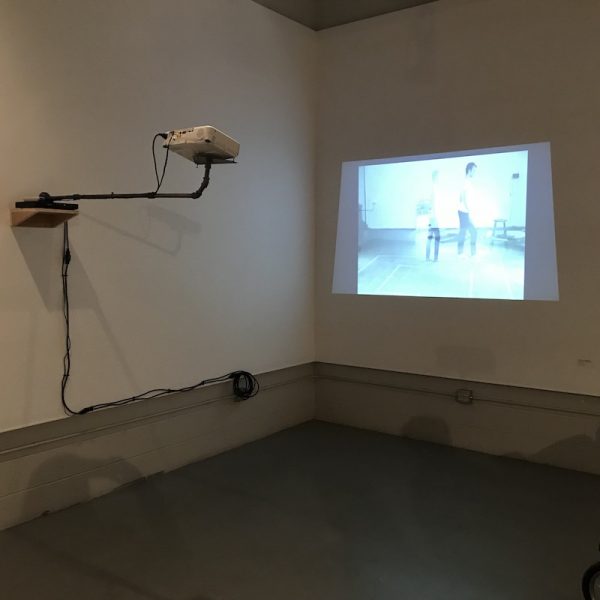 In this same vein, Cody Arnall’s Walking in an Exaggerated Manner with Bruce Nauman is a video of Arnall mimicking Nauman’s Walking in an Exaggerated Manner Around the Perimeter of a Square, overlaid with the original. The effect is comical, weird, and a little creepy — so not too far removed from the 1967 performance. What I most love about Arnall’s piece is his consideration for the projector, with its sculptural, awkward arm that extends out and creates another square, and with a perimeter into which no viewer intruded (that I saw). 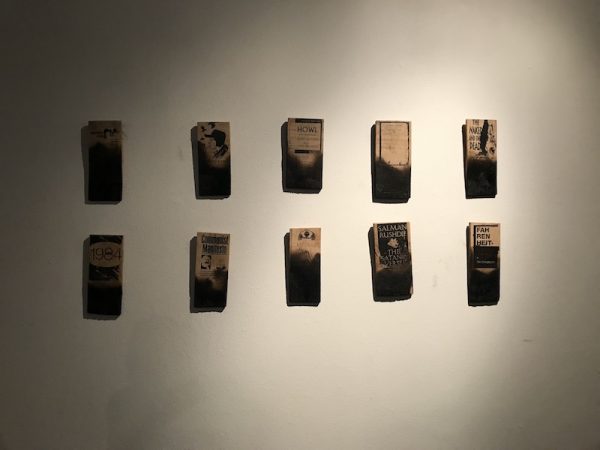 5&J is reserved for another $#%& Show for January 2019, and if I were hard-pressed to choose three finalists to move on for next year’s show… I’d say I don’t have to give anyone the boot. Well, actually, Chad Plunket has got to go. (For keeping the tradition of rotating curators, not for creative differences. Chad is a delight.) 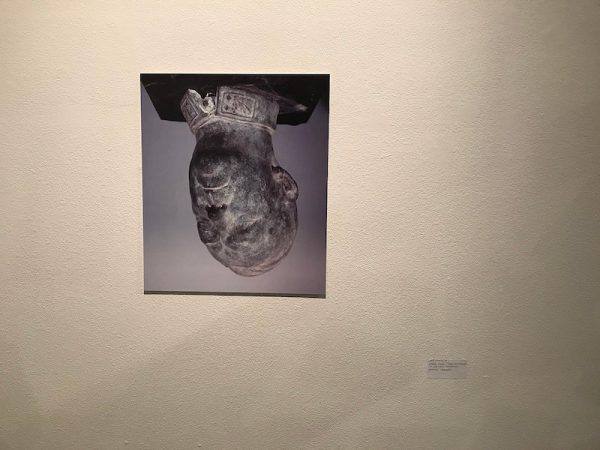 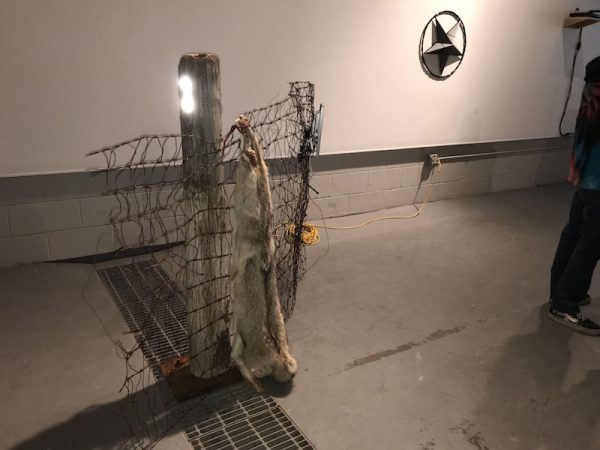 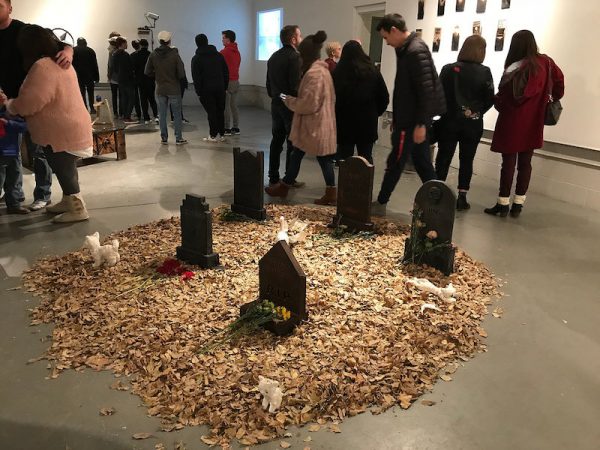 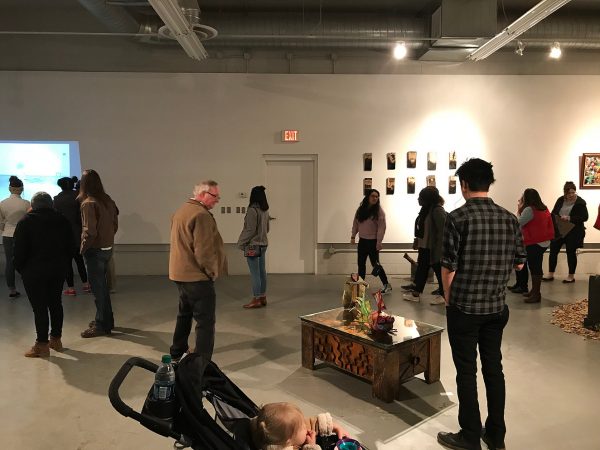 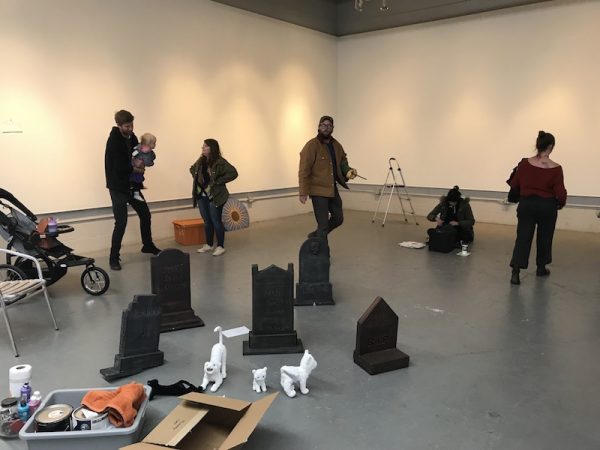 This photo essay originally appeared in slightly different form on Jan. 6 in The Bowerbird, an art blog in Lubbock, TX.

A Studio Visit with Shannon Cannings