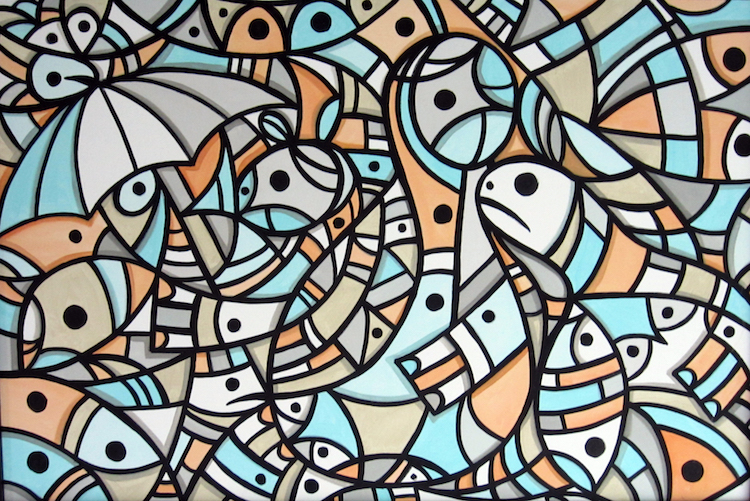 Don Pendleton, Exsanguination and Worry on a Stormy Day

Last Friday, Contemporary Art Museum Plainview (CAMP) opened The Big Flip: The Art of Skateboarding. The roster in this exhibition is insanely good: the artists’ bios  read like every emerging artist/illustrator’s bucket list: Juxtapoz, Nike, MTV, Vans, Element, etc. Oh, and Don Pendleton won a Grammy. Name dropping artists’ accomplishments is a strange way to start a critical review, but this is only CAMP’s second outing, and it’s a hell of a show. Let’s just call this a photo essay, because I really only have nice things to say. 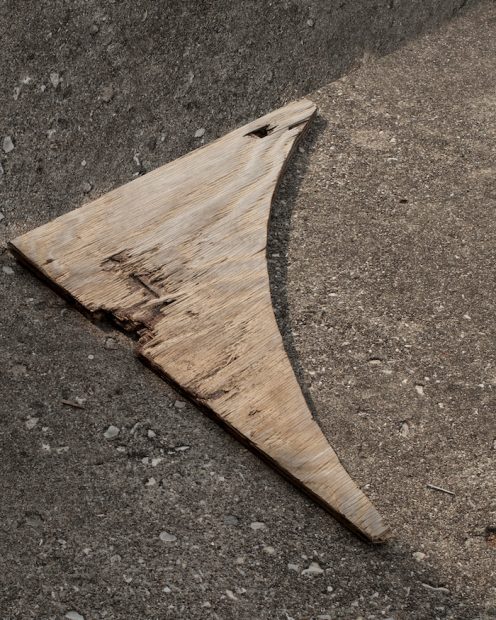 The exhibition catalogue emphasizes the way subversions happen in the intersections between capital-A “Art” and skater culture, the role of the  “institution” when it comes to street art, materiality, and the very functionality of spaces showing non-tradtional art. Aaron Hegert’s photo work deals with this directly in pared-down compositions. Transition Focus had me thinking (and Googling) a lot. As typical in Hegert’s work, it’s up to the viewer to do a little research if you want to dig into layered meaning, but Transition Focus is a literal moment, I imagine, for a skater doing a trick. But it could also be referencing moments of life transition, or negotiating difficult complex social interactions, say for someone on the autism spectrum. Based on its companion piece, Tranny, it’s probably about gender, too. The visuals had me thinking about parking lots and how young people overtake whatever space they can find, whether it’s to show off skills on a homemade ramp or to fumble around with a partner in a back seat. 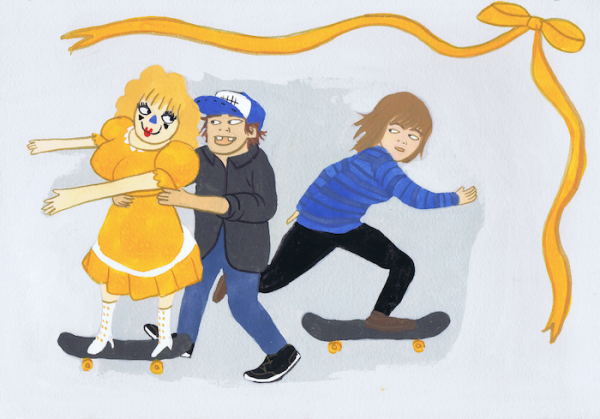 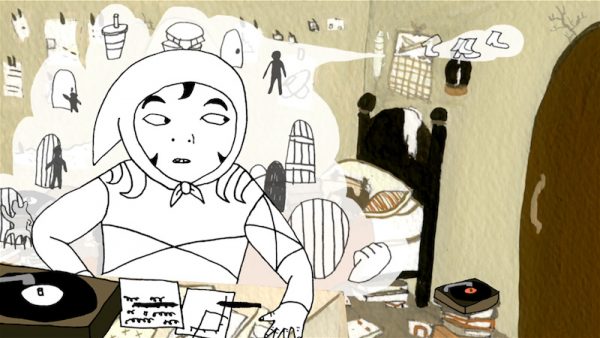 Lori Damiano, still from Lord I: The Records Keeper

The Portland-based Lori Damiano delivers narrative in both her animations and her paintings, and works critically within skater culture. Her illustration EBouilliart is a parody of hyper-sexualization of women (who skates in heels, really?) with a painted-faced, plumped-up blonde being chased by what we can only assume is a toothless fuckboi, as an athletic woman skates by with heavy side-eye. Witty, but the best quality of Damiano’s work at CAMP can be found in the quiet, cosmological diagrams in her gouaches, and myth-like animation of Lord I: The Records Keeper. 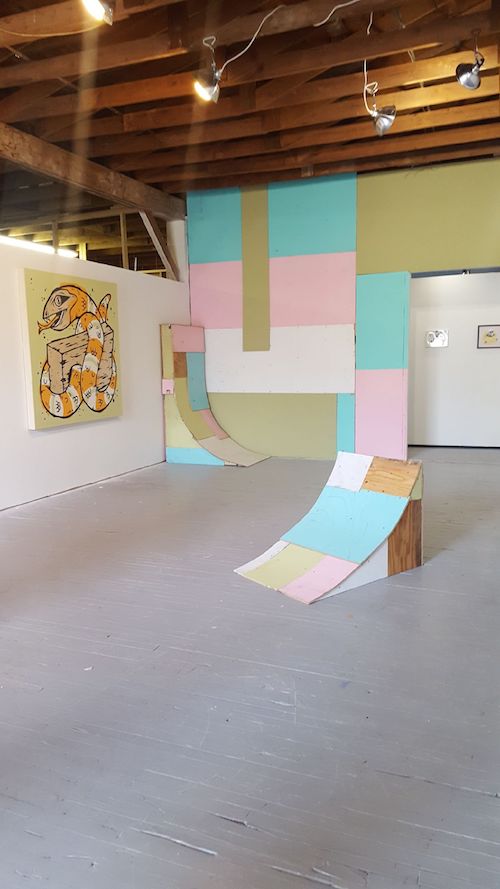 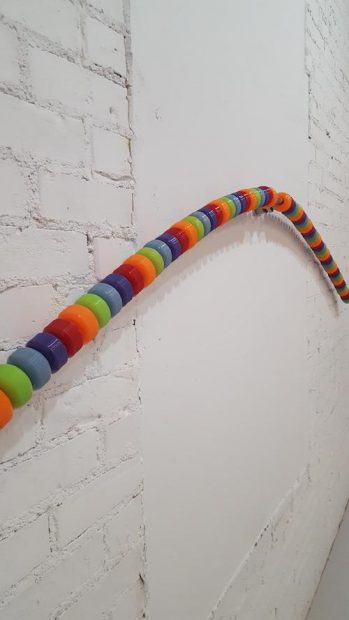 Austin’s Michael Sieben and Salt Lake City’s Jared Steffensen recreate or manipulate actual skateboard and ramp forms. As with any big freestanding sculpture in a space, these dictate how you move about a room, but the ramp forms in this case diverge from the inside sculpture norm in that they’re begging to be jumped off of, or for you to take some wheels to them. 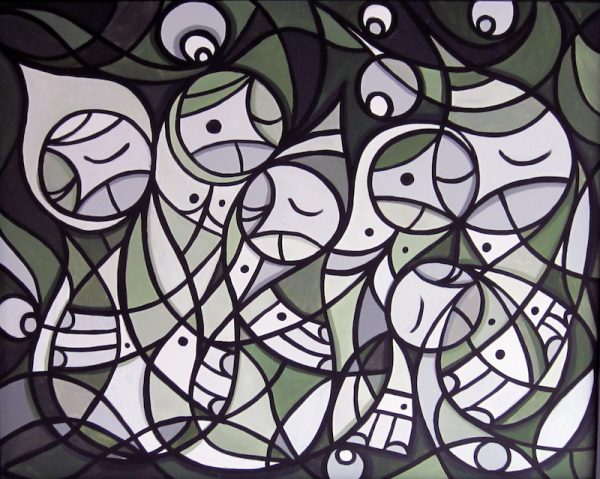 Don Pendleton, The Spectre Over Your Shoulder

The celebrated, Ohio-based Don Pendleton brings the prime example of what this show offers: the major task of pairing simplification and complexity in flat images. As art works, his compositions touch elemental design in a way I’ve only found in Laylah Ali’s and Maya codices. It’s something to be so arrested by a small painting, drawn in to its narrative by something as simple as scale and a drop shadow — the whole universe contained in line. (Multiplicities, man!) But then, every artist in this show is a master of their material, and the work is cle-e-e-ean, playful, spooky, and serious all at the same time. That’s quite a feat to pull off. (I nearly spared you the skateboarding  pun.) Get yourself up to Plainview.

“The Big Flip: the Art of Skateboarding” is on view at Contemporary Art Museum Plainview through June 10, 2018.

This piece originally appeared in slightly different form on March 18, 2018 in The Bowerbird, an art blog in Lubbock, TX.