The former Cliffhouse Restaurant and Inn — now an abandoned, graffitied, open-air building overlooking Mackenzie Park in the east side of Lubbock — is being reclaimed as a creative space. Volunteer groups of artists and community members spruced up the time-weathered place (and will continue to do so) in preparation for exhibitions and other events as part of The Cliffhouse Project, an arts-based initiative under the umbrella of the non-profit group the Guadalupe Economic Services Corporation. The GESC was developed in the wake of the F5 tornado that wiped out downtown and rural farm housing in Lubbock, with the mission of revitalizing these areas and promoting agricultural education in Lubbock. Headed by Chiemsee Hagy, the long-term goal of the Cliffhouse Project is to host artist residencies, organic gardens, and more. 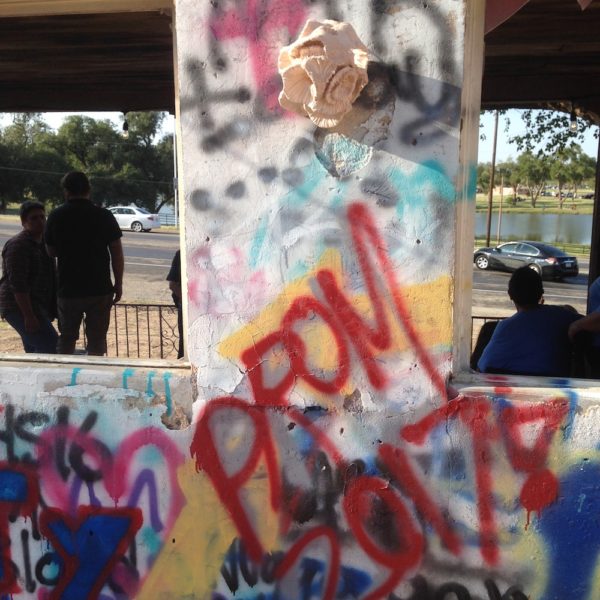 I attended the kick-off art event at the space in September. It included works by emerging and established Lubbock-area artists. In typical Lubbock fashion, there were food trucks, a bar, kids, and live music. The building itself is a space loaded with Lubbock history, and a heavy resurfacing of graffiti. The graffiti was left alone for the most part, reading “Prom 2017,” “TTU20,” and “to Infinity and Beyond” — the only changes made by the Cliffhouse Project group was to paint over the slew of penis doodles (in an adobe tone similar to Crayola Flesh). The artwork on the walls and floors (and on the hill behind) of the open space were appropriate for the Cliffhouse setting  —some politically charged, others a play on formalism in a non-white-walled space. 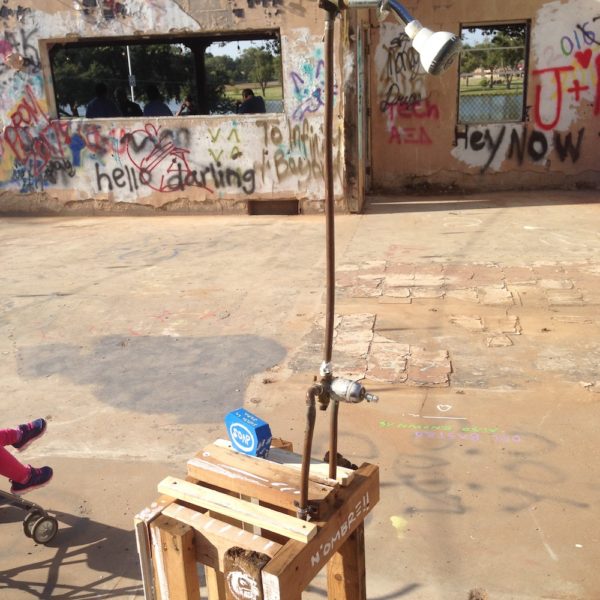 Josue Galvan  took advantage of the gutted space, using a chalk tag to give context to his installation. (In lieu of a title card, he had “the brown brayon experiment” written on what looked like a plywood almost-flag.) His makeshift shower scene further played on language with phrases like “n’ombre” and “also known as ________ .” The dark vibes of the piece, with it’s oversized SOAP and shanty-style shower were offset by the implication that the bather would be humming the Beach Boys’ Barbara Ann. Or maybe that makes it more ominous. 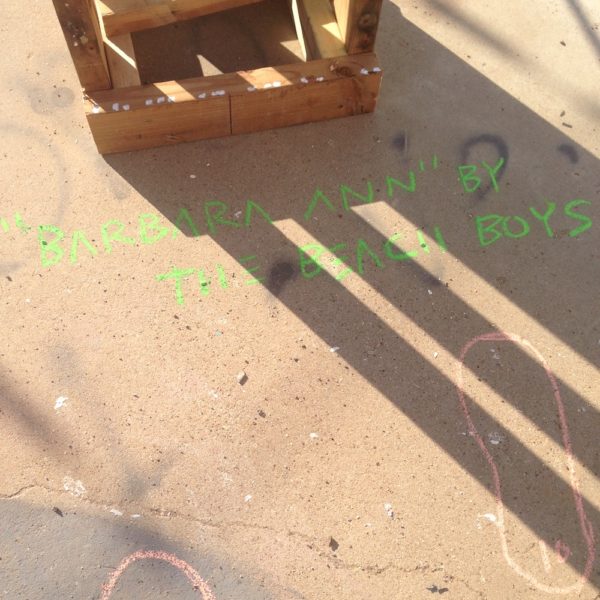 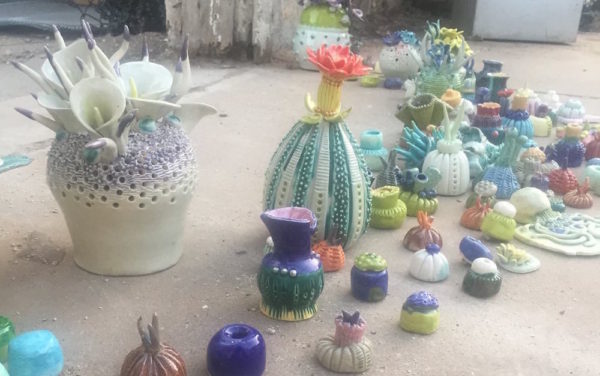 Maura Fowler used a rotted-out doorway to install ceramic, dangling pieces reminiscent of archetypal stoner-bead entryways, and a semi-circle of tiny cacti and sea-creature ceramic flora and fauna at the foot of the threshold. 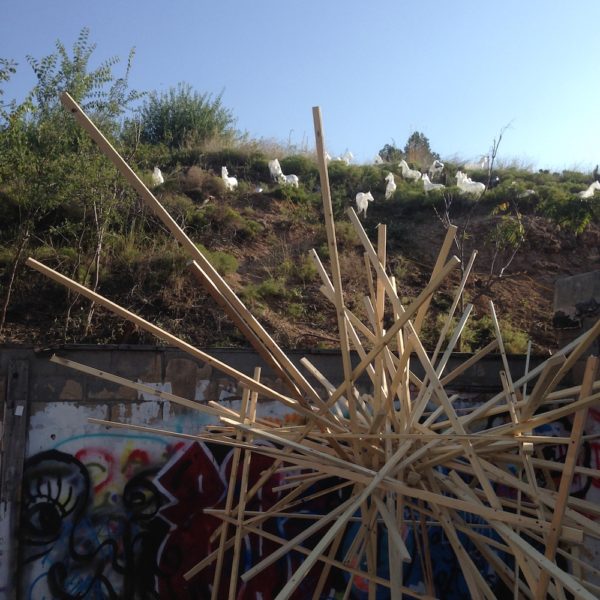 Scotty Hensler went more formal with a starburst of naked 1×4 beams. The well-executed design worked with the busy-ness of its background, and it registered humorously — like a tumbleweed that rolled in just in time for show. Efron Marrufo’s cellophane horses had a similar impact in the landscape surrounding the Cliffhouse. 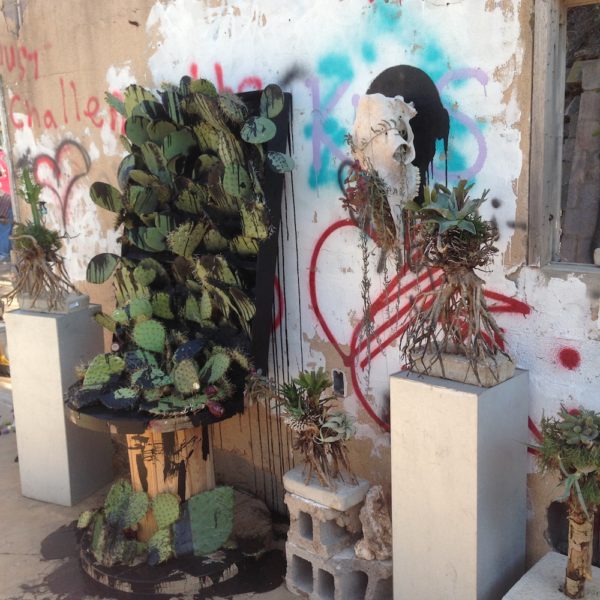 Peter Keltz, a botany artist I usually associate with house-friendly design and plant installations, presented some atypical, intentionally gross, dying plant works. This evolution in his work is a welcome change — even (and especially) as it seemed to compliment the mission of the Cliffhouse. It implies that pouring a bucket of paint on something is not going to revitalize it. Only the continued engagement and support of the community and city will keep something like this going. 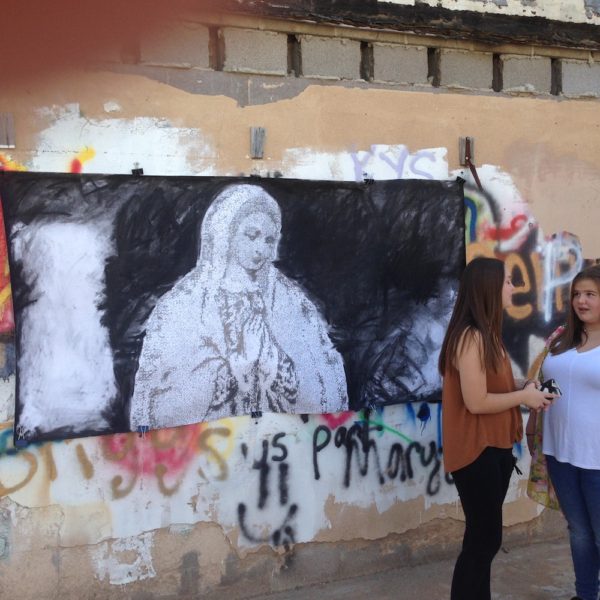 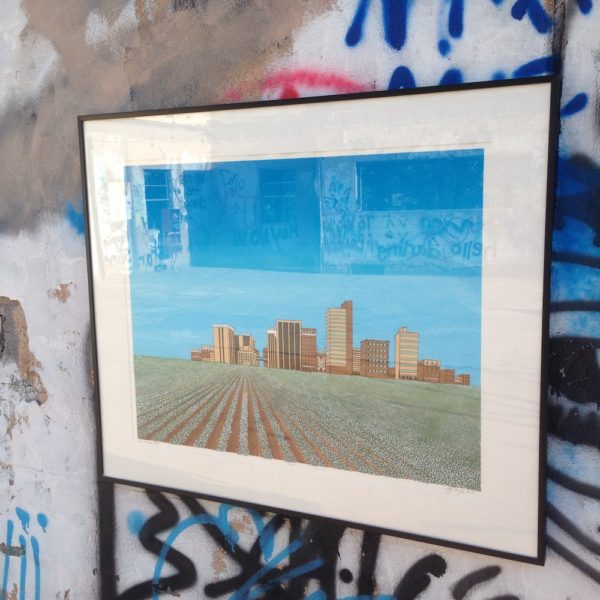 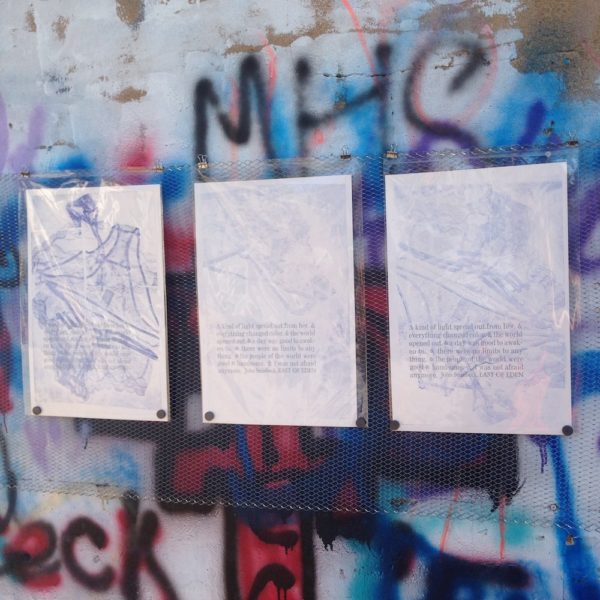 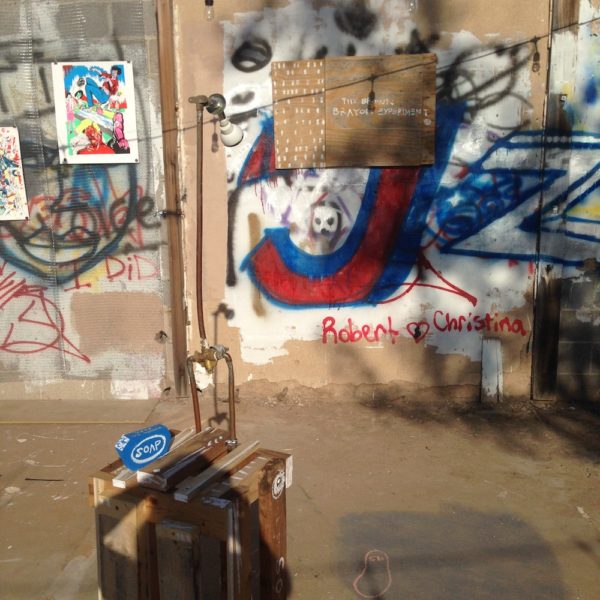 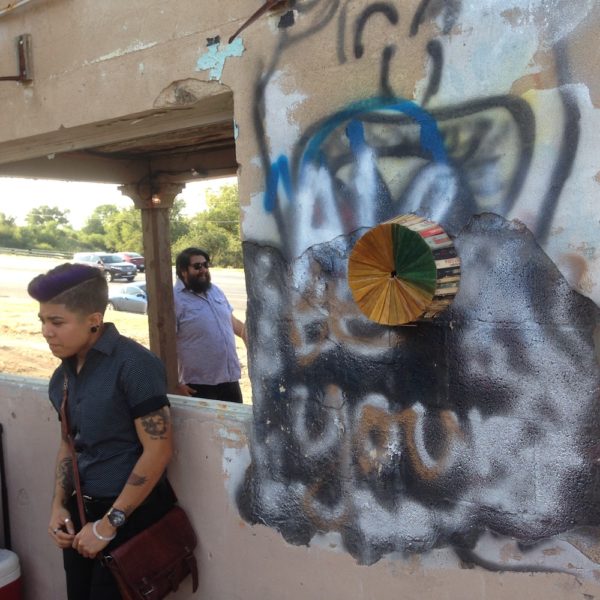 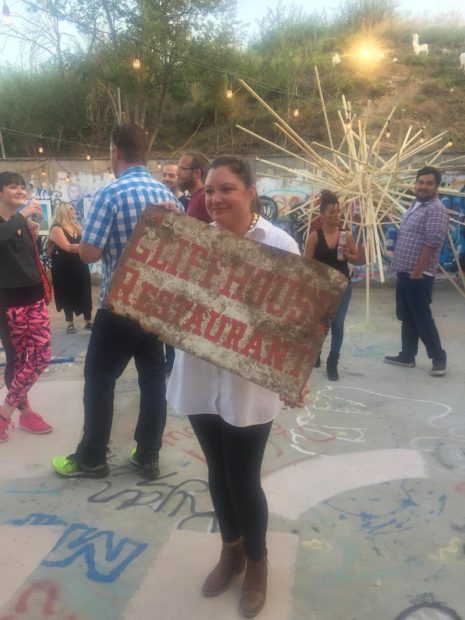 This article originally appeared in slightly different form on October 2 in The Bowerbird, an art blog in Lubbock, TX.