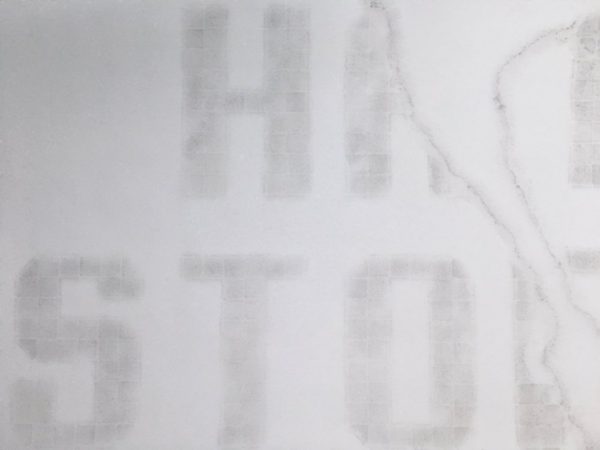 A rubbing or a frottage on a surface, usually a transparency or vellum paper, has a unique allure. The Shroud of Turin is the most epic rubbing of all time, the idea that a literal god left a replica of himself on something that porously lets the sun’s rays through. There’s a special frisson to opening a book with vellum pages — a kind of serenity in the gauzy elegance of the image beneath the transparency. The great poet Marie Howe has written about such topics with eloquence. I remember one of the only videos I had as a kid (I grew up in the country with no TV reception) was Indiana Jones and the Last Crusade, and the most satisfying scene was when Indy would rub a map off the shield of an entombed knight in the catacombs of Paris. The rubbing has a simple, elemental profundity — the transference of legacy onto ephemera, a metaphor for everything you ever touch or do. 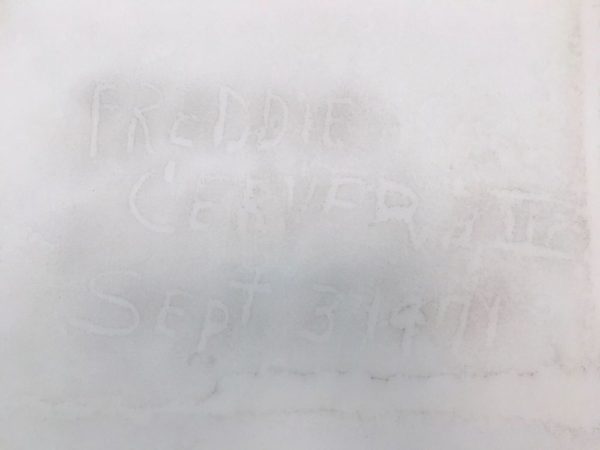 Mat Kubo is mainly known as a video and performance artist, but his excellent current show at Sala Diaz in San Antonio, ShadowsWhispersTransfersPulls, consists of rubbings and frottages from Galveston, Houston and San Antonio. Kubo captures an array of images and texts, from Confederate monuments to the stately logos of early-20th century brick manufacturers, to dry epigraphs to old trees, to tags scratched by people with the urge to let the world know they existed. There is also a video and audio element recording the experience of taking these rubbings, illustrating the actual labor-intensive process of gathering these x-rays of the past. 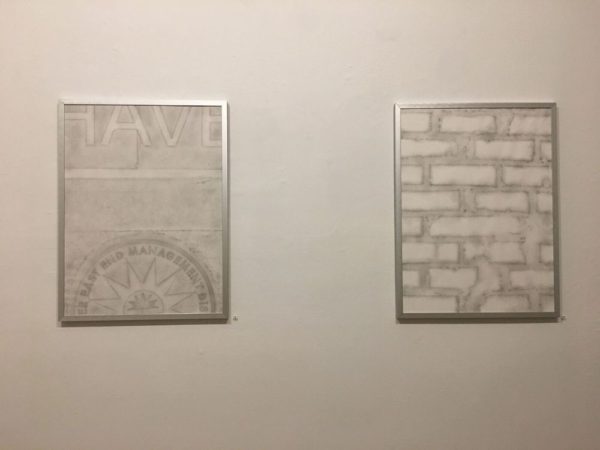 The pieces wash over you. They appear as archaeological recordings by an alien species studying an extinct people. The range of subjects Kubo transfers has a dual impact — the less “historically significant” such as minimal copies of brick or the names of random people carved on stone take on a gravitas, and rubbings of nefarious and stinging monuments to the Confederacy reveal themselves as the cuts to the bone of dignity they actually are. Kubo’s process articulates the idea that the objects of our environments have an ambient energy. 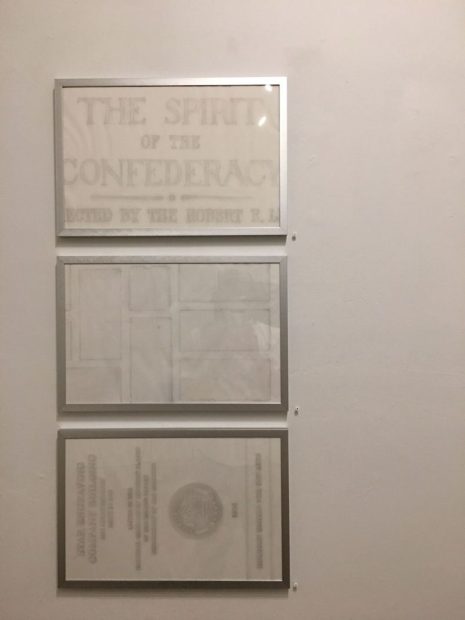 Faulkner wrote: “The past is never dead. It’s not even past.” And more recently David Sylvian of the band Japan, sings in the song Ghost: “Just when I think I’m winning/When I’ve broken every door/The ghosts of my life blow wilder than before.” It’s a cliché — it has to be a cliché when you live with all this heaviness in the air. There’s a simultaneity in the show, between the ephemeral levity of the actual pieces made of translucent paper, and the thorny history contained within — that each page of history has a protective layer, and where we remember is between the flipping from the velum to the glossy painting beneath.

The humble house of Sala Diaz runs swift like a yacht in the America’s Cup. Because the space’s lead time for shows is only three or four months, it seems to float with timeliness and prescience. Kubo’s show gives you literal maps, tools, and a system.