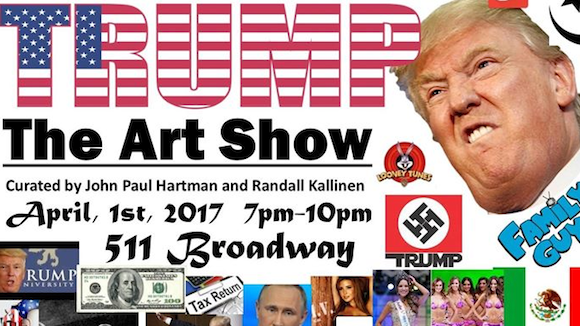 The First 100 Days: Artists Respond is curated by Matt Adams, president of the Visual Arts Alliance. “Artists throughout history have responded to the political environment,” said Adams. “This art show will take its place in political history as the ‘art demonstration to remember.’ It had to happen—so we made it happen in Houston.”

The juried show will take place on Saturday, April 29 from 6-9pm at the Silos at Sawyer Yards in the Washington Arts District. Participating artists are: