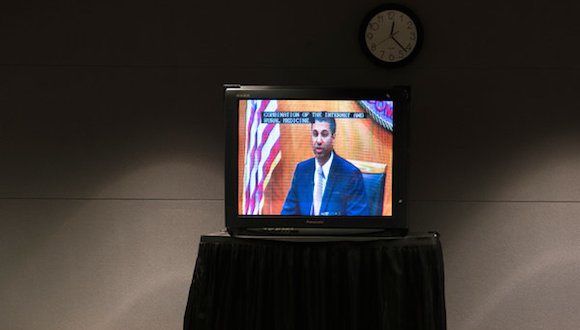 Earlier this week, the US government’s Federal Communications Commission (FCC) voted to repeal net neutrality. Passed in 2015 under the Obama administration, the net neutrality regulation allowed stronger government oversight of telecommunication companies, claiming that high-speed internet service could be regulated as a utility and should be available to all Americans. After the rule was enacted, telecom and cable companies sued, saying that the FCC overstepped the bounds with the new rules.

In layman’s terms, net neutrality means that an internet service provider cannot manipulate the data it’s providing. This means that provider companies have to give you access to all websites at the same speeds — they aren’t allowed to censor or cap Netflix while allowing Hulu to run uninterrupted. Similarly, the rule means companies can’t charge you extra for access to certain websites. The graphic below demonstrates a hypothetical pricing system charged by telecom companies if net neutrality regulations were not in place:

In January, after Donald Trump was sworn in as president, he named Ajit Pai the new chairman of the FCC. Pai was appointed to the organization in 2012 by then-president Barack Obama. When net neutrality came to a vote in 2015, Pai was against it, claiming that the FCC was trying to fix a problem that didn’t exist. Since then, there has been talk of a possible repeal, which culminated last Thursday, December 14, with the FCC voting 3-2 to eliminate the rule. Pai was never shy about his position on the repeal: his profile on the FCC’s website spells out his “regulatory philosophy”:

“Consumers benefit most from competition, not preemptive regulation. Free markets have delivered more value to American consumers than highly regulated ones.

No regulatory system should indulge arbitrage; regulators should be skeptical of pleas to regulate rivals, dispense favors, or otherwise afford special treatment.”

The repeal will not go into effect immediately, and several groups have said they plan to challenge the repeal in court. According to the New York Times, major telecom companies “have promised consumers that their experiences online would not change” after the repeal. On Friday, December 15, Senate Minority Leader Chuck Schumer said that he plans to force a vote on the FCC’s repeal using the Congressional Review Act. In order to overturn the FCC’s repeal, this motion would need the approval of the Senate, the House, and the president. Both Senate Majority Leader Mitch McConnell and president Donald Trump backed the organization’s decision to repeal the rule.