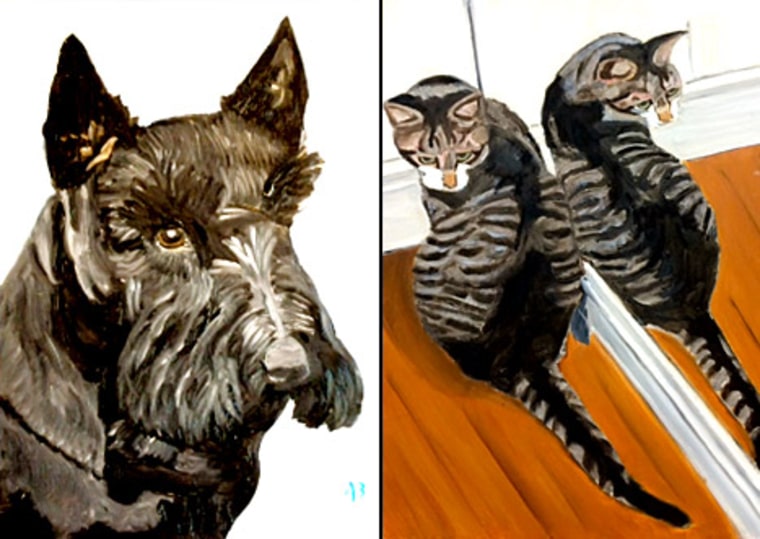 For quite some time now, pet portraits have been edging their way out of their status as 100% embarrassing kitsch and into the world of quaint, hipster art. It probably has something to do with our collective admission via the Internet of the guilty pleasures of cute animal videos. It was certainly well in place before a hacker released images of retired President George W. Bush’s pet paintings (among other subjects) a few years ago.

Bush’s portraits got a lot of attention for a while. Critic Jerry Saltz surprised himself by declaring him a really good painter, but the following year, Saltz was moved to state: “More recently, when we saw a few more paintings, there was evidence that he was getting worse rather than better.” Last year, when Bush presented the Dalai Lama with a portrait for his birthday, His Holiness remarked that “the eyes could do with a bit more work.” 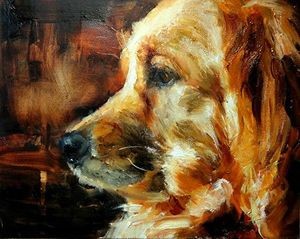 Bush’s paintings may be getting worse, but yours can get better. The Courier of Montgomery County reports that the Conroe Art League (CAL) will be presenting a three-day workshop called “Painting Beautiful Pet Portraits in Oil—Dogs and Cats,” and it’s filling up quickly. CAL is bringing in Denver artist Scott Mattlin to help participants learn to capture on canvas the “soul and spirit” of their cherished pets.

There’s More to Conroe than a Big Lake

I’m not ashamed to state I’d love to paint a likeness of my fabulous dog Tessie.