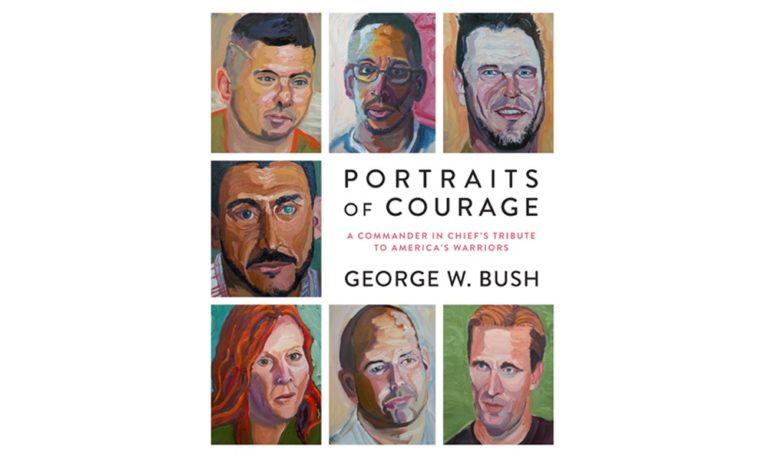 Former President George W. Bush is set to release a catalogue featuring 66 of Bush’s portraits and a four-panel mural depicting American service members and veterans. Due next February from Crown, the book is entitled Portraits of Courage: A Commander in Chief’s Tribute to America’s Warriors. Each painting is accompanied by the story of the veteran depicted, written by the President.

The paintings in the book will be the subject of an exhibition at the George W. Bush Presidential Center in Dallas on the campus of SMU that will be open to the public from March 2 through October 1, 2017.

We will make no comment, but you can choose your own headline:

You know what’s a better way to honor the military and their families? Not sending warriors off to a pointless war from which too many would never return.

I really wish GWB had been accepted to art school. Both his paintings and the US would probably be in better shape than they are today.

Haha, very true. Artists can be very dangerous people. Wouldn’t you like to get in a time machine and have a very serious talk with a certain Austrian art school admissions staff. The world would be a very different place.