The Art World Moves to Big and Small Screens 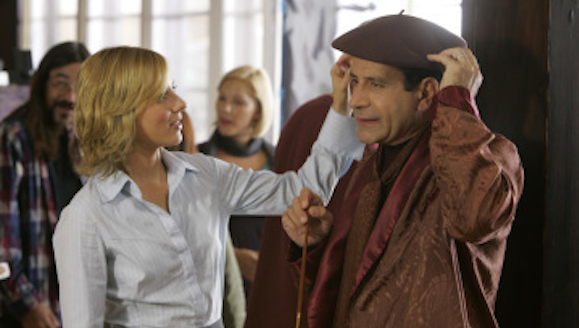 For those who mourn the passing of Work of Art, Bravo’s brilliant and depressing reality show version of art grad school (with art critic Jerry Saltz as a prof), there’s more art on TV. Artnet has recently released part one and part two lists of art-driven TV episodes, ranging from Melrose Place, Empire, Sex and the City, and Monk episodes. Binge watch to see what regular folks think of the art world and artists.

Meanwhile, ARTnews reports that actor Jake Gyllenhaal is working on a film in which he stars as an art critic. The as-yet unnamed movie is probably destined to show the dark side. If you want to see the dark side, catch the recently released Loving Vincent, the “world’s first oil painted feature film,” based on the life of Vincent van Gogh.

I’ve always been partial to the Coen brothers’ depictions of the art world. David Thewlis in Big Lebowski especially. I try to work “it’s Sandro about the Biennale” into everyday conversation whenever possible.