Texas Gallery has had a great string of painting shows recently, mostly focusing on really interesting artists whose relative obscurity points out both the way art history tends to flatten out a lot of fascinating bumps in the pursuit of a smooth narrative, as well as highlighting the deep knowledge that allows Ian Glennie and Fredericka Hunter to put some of those bumps back. 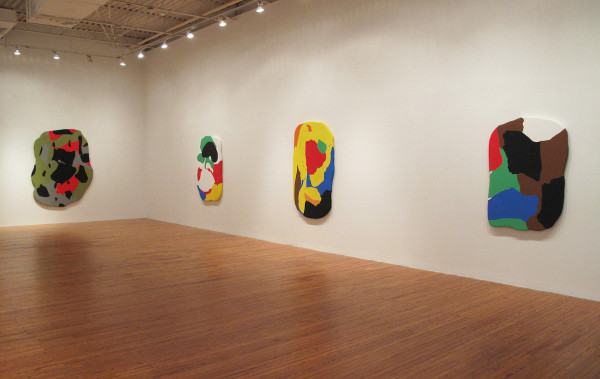 I liked ’em, which ought to prove that bitterness hasn’t clouded my judgment, because if there’s anyone to envy, it’s DePrez; young, attractive, famous, getting rich (the show is sold out) and, based on this new work, mostly deserving it. He has spent the past few months as an artist-in-residence at the Chinati Foundation in Marfa, where he produced this roomful of big blobs, like those recycled crayons you used to get in kindergarten: chunks of color mooshed into one another like plastic Christmas puddings. 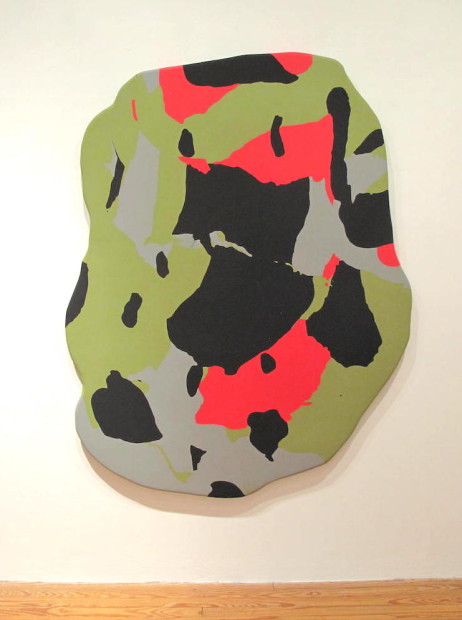 The unnaturally bright colors are definitely more Play-Doh than pudding. In browns and grays, they would read as bark, boulders or lava flows, but as is, it’s Playskool all the way, most especially in M15 and M16. 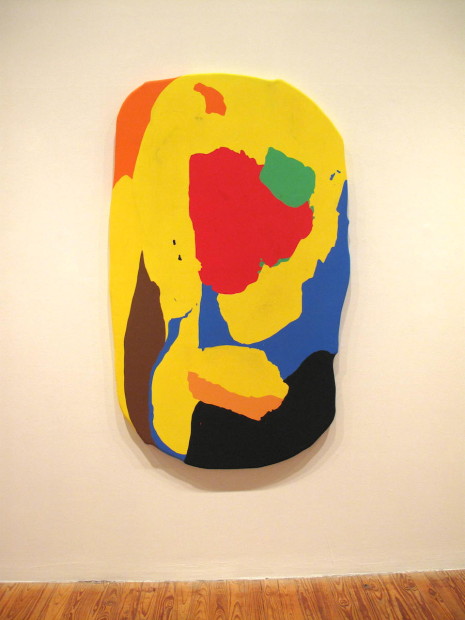 Some of DePrez’s nougats could have more nuance. M20 is mostly black, with a hole in the middle that’s mostly a distraction. M13 is a dull olive-and-white rectangle. Monochrome isn’t always bad, though; one of my favorites is M17, a black-and-white blob whose markings were free to become greasy catfish eyeballs, or old newspaper comics. 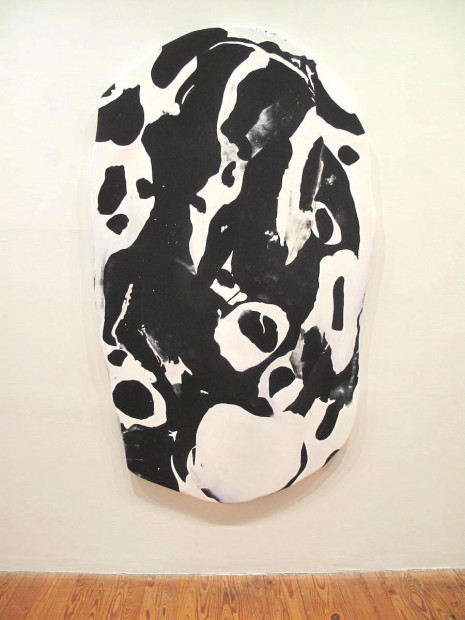 Despite the playful messiness of the painting’s blobby shapes and thick, rounded edges, they’re actually very methodical- shapes that seem broken and crushed together are stenciled. Edged that seem poured and flowing are carefully carved and sanded. The level of manufacture is about right- there are just enough loose ends, pits, and smears to keep the pieces casual, without being self-consciously messy. The one disappointment of DePrez’s new painting-on-panel technique (some earlier works are on canvas, painfully upholstered over clumsy deformed stretchers) is its too-perfect flatness. I miss the little bit of sag that would keep these paintings from looking so much like panini. 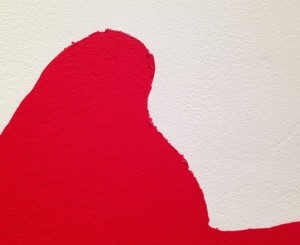 bleeding edges, not too fussy

Did I mention food again? No wonder every piece is titled “MMMMMM . . .” with the number of M’s in the string varying from 11-20.

Before I’d seen the show, I tentatively put DePrez in a folder with Geoff Hippenstiel, Kent Dorn, and especially Miguel Martinez, Houston artists who goop stuff onto paintings who came out of the University of Houston painting program under Aaron Parazette and Rachel Hecker. 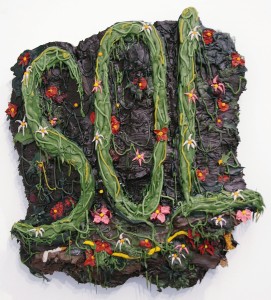 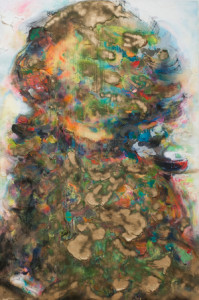 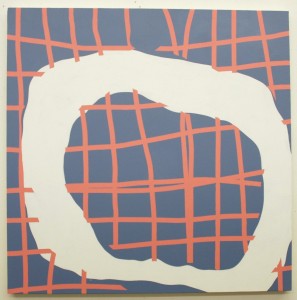 He’s also in the more lucrative folder with Texas elders Mark Flood and Jeff Elrod, from whom he’s learned to combine offhand attitude with no-nonsense supply-chain management, but DePrez’s GIANT also manages to keep some of the innocent impropriety of a toddler’s sticky kiss.

Jeremy DePrez: GIANT will be on view at Texas Gallery in Houston through March 28, 2015.

Perhaps DePrez spent some time out there looking at John Chamberlain?

Good point. I heard rumors he used crushed balls of clay as models. It certainly gives the paintings an authentic, tactile, lumpy feel.