Some weeks, in the sun-beat end of the Texas summer,  you can count really good shows on one hand, with some fingers left over to scratch. But this week the drought is over, and a Top Five list is way too short. With 61+ notable art events opening this weekend across the state, and more next week, there is an overabundance of great shows to choose from. 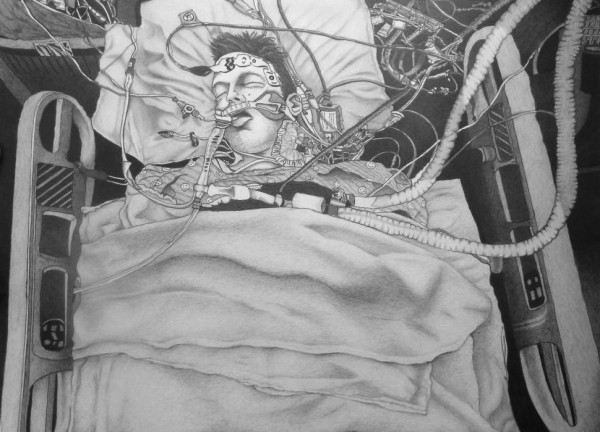 Less than two years after surviving a heart transplant, Michael Bise returns to Moody Gallery with a new body of large-scale drawings exploring his harrowing experiences entangled in the medical, political and psychological nets of illness. 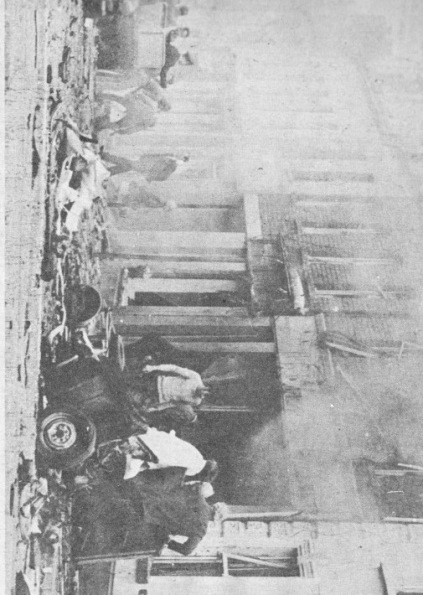 For her fifth solo show with Inman, Moorhead reconfigures a photograph of a 1973 IRA bombing in her hometown of Coleraine, Northern Ireland, theatrical blackout fabric, projected  video, and mica to convey related feelings of being between places and states. 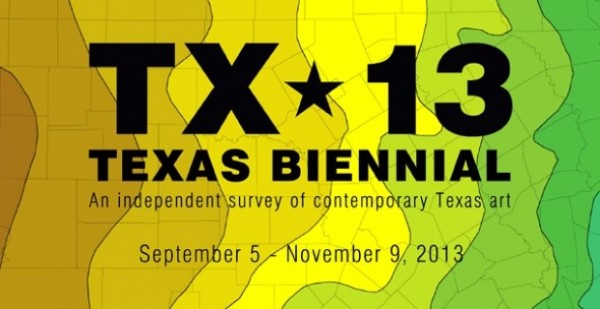 If indeed there is one real, true Texas biennial show (don’t be fooled by imitations!), this is it. For the first time in its history, the fifth iteration of the Texas Biennial will collect works representing all the artists selected in a single venue! 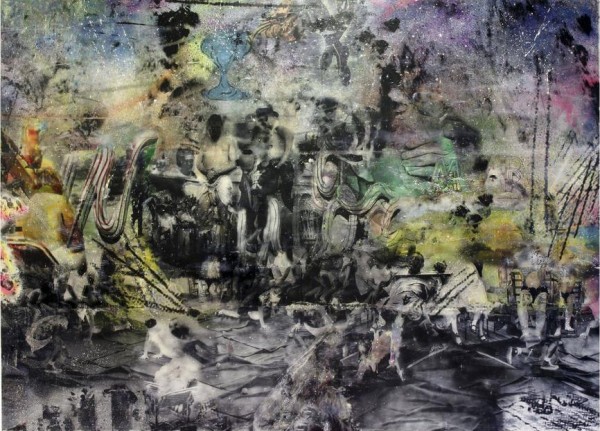 For the next show at Oliver Francis Gallery, gallery director Kevin Jacobs culls once again from the Rhode Island School of Design’s recent MFA graduates, this time tapping artist Anthony K. Ginanni. (Other RISD students that have shown there include Arthur Pena, Francisco Moreno and Michelle Rawlings, among others.) Giannini makes cacophonous paintings layered with appropriated images that have been manipulated using software and applied to canvas using toner transfer; then the surface is wet sanded, creating haunting suggestions of the world’s sundry sins – torture and division, loneliness and greed, recalling the complex work of Sigmar Polke, as well as the chthonic places into which Gerard Richter ventures. For his exhibition at OFG, called Crossing the Line, Giannini will show a series of works that use archive documentation of the line-crossing ceremony – a nautical rite of passage which celebrates a sailor’s first crossing of the equator —  setting up, one imagines,  an ever- timely metaphor about over-stepping boundaries. – Lucia Simek

Mark Flood and two aspirants pose as “three tarnished coins in life’s luckless fountain of liquid shit,” exhibiting together in what the late Robert Hughes would have called a “fiesta of whining,” were it not so disingenuous. Presented by Co-Lab and Russell Etchen in an unused Austin warehouse, Flood celebrates his co-option by the New York art world with all three rings of his famous traveling circus: “whore’s delight” lace paintings, strident I-am-your-conscience text paintings, and I-was-doing-this-before-Photoshop-made-it-easy collages. Hagood bemoans his fall from street artist of integrity to career-ambitious pussycat by displaying grotesque cartoony canvases channeling the ghost of Philip Guston. DePrez cuts to the chase, and will display triumphant large-scale abstractions destined for corporate boardrooms.