Clark Flood’s 20 “Objects in the Mirror” essays, published in 2006-2007 on Glasstire, were widely disseminated and discussed around the web. His book Clerk Fluid collects all 20 essays, which we will be sporadically re-publishing this year. Objects in the Mirror #5: Selling Out appeared originally on Glasstire on August 2, 2006.

You know you’re living in a dicey neighborhood when you’re standing on your own front lawn and a stranger pulls over and gives you a handful of AIDS literature. OK, I live on a corner in Montrose, but I was still surprised. I said Are you blind? Do I look like a hustler to you? I’m 45 years old! And fat! I threw his pamphlets in his face. He was a patient do-gooder. He picked up the pamphlets and handed them back to me. Please take them, he pleaded. 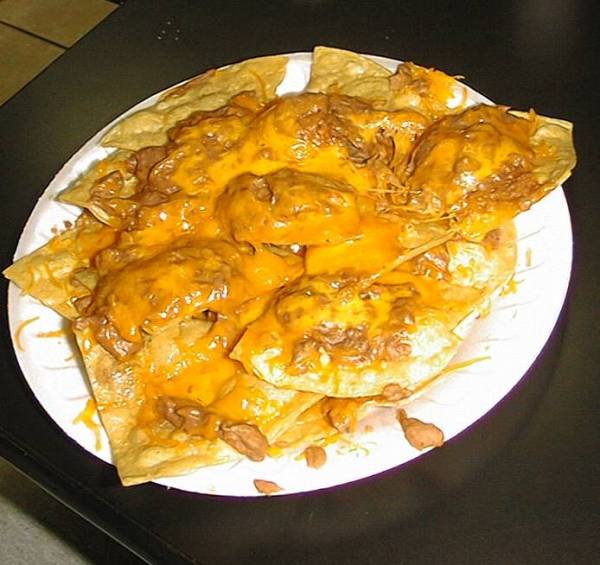 I thought maybe I had misjudged him. Maybe he was performing his court-ordered community service. I took the pamphlets and he drove away. As I threw them down the storm drain, I mused about the incident. I was so naïve. I had thought that if I were ever going to hustle, I’d have to walk all the way over to Pacific Street. I hadn’t realized I could work from home.

I took a look in the mirror. Had that do-gooder seen something I hadn’t? Did I look that desperate, that sleazy? I am claiming to be an artist. I get desperate for money once, maybe twice a day.

Unfortunately, the Art Death system doesn’t support freaks like me. It wants some nice, normal nerd who innocently checked a box that said “Fine Arts” on Career Day. It uses artists who say things like I want to use my creativity to foster an environment of mutually beneficial social understanding. It has no use for artists who say things like Satan has personally authorized me to bleach society down to the roots.

I tried getting money from the Non-creative Arts Council of Houston. Applying for a NACHO grant is as degrading as pathological fraternity hazing. They ordered me to supply the names of all my representatives in the U.S. Congress. Wow. That’s just the kind of information that free-wheeling creative spirits, barely surviving on the margins of society, have at their fingertips. Right next to my perpetually updated resumes, my digital photo studio and my state-of-the-art computer system. Folks, I’m panhandling just to keep my Sprint account active!

NACHO doesn’t give a burnt umber. NACHO is like a sadistic pimp who has to break everybody’s spirit to stay in control. NACHO says You work on Art Street, I own you! Quit your crying! Be professional! You better attend our workshop on how to suck it right! The NACHO people think their job is to turn artists into submissive, fear-based art-bureaucrats like them. Ugh. I’d rather hustle. At least I’d get to keep some self respect.

I wanted a grant to create a social sculpture of artists marching down to NACHO headquarters and burning the place to the ground. We could”ve all gotten drunk and had mock trials of the well-intentioned NACHO staff. That was my creative vision. Maybe the Tomball Watercolor Society could have come out and done some nice renderings of the buzzards at sunset, circling the smoking ruins. When the various art organizations collaborate, the synergy helps create a dynamic exciting vibrant community.

Anyway, artists who aren’t grant-friendly work other jobs to survive. The art world might be judgmental about hustling but it wouldn’t matter much to me, because I’ve already done something worse, something truly unacceptable. I supported myself doing fake Warhol portraits.

I was doing some silk-screening one day when a woman came to my studio and seduced me. She said you’re talented! I bet you could do a fake Warhol portrait of me! She caressed my face. I knew it was wrong but I was so lonely. No one had ever paid attention to my art before. I’m not Andy Warhol, I protested weakly. She pulled out five hundred-dollar bills and tucked them into my pants. So much money!

She gave me a photograph and I processed it into a high contrast xerox, to use for making the silkscreen. The high contrast made some of her less pleasant features stand out, so I got a pencil and erased them. I erased the bags under her eyes and her crows feet and the wrinkles in her throat. The result didn’t even resemble her; it looked like Heather Locklear. But when I gave her the finished portrait, she loved it. As soon as her friends saw it, they all wanted one.

Erasing was the key. Like a plastic surgeon, I made everyone look good. I went through a 55-gallon drum of Liquid Paper. If you were over the hill, I brought you back as the prom queen. If you were fat, I cut up your photo and collaged you skinny. I turned gophers into gods. I learned that no matter how dramatic the miracle makeover was, no client would ever mention it.

They didn’t understand my process. One client gave me a blurred vacation snapshot of a swordfish hanging on a rack in some tropical paradise. When I asked the obvious, he pointed to a little dot in the background and said There I am! Eventually, we got a photo I could work with and I explained his color options. He had just a fringe of hair left and I told him I could make it blond or brown or just leave it gray. He said he wanted a full head of bushy hair, and make it blond, and his eyes blue, and straighten out his teeth. I said Why don’t we just get a picture of Brad Pitt and tell people it’s you? He considered. He didn’t realize I was being sarcastic.

One client I could never satisfy. She was beautiful and no Liquid Paper was necessary, but she rejected portrait after portrait because she thought she looked heavy. I got out the scissors and the glue-stick and whittled her down to something twig-like, but all she saw was lard. Finally, I used a photo of a human skull and showed her that. She glanced at it and said, I sure was a chubbette when that picture was taken.

I also did many pet portraits. Those were easy because the clients always had great photos, and the subjects never complained.

All those parties…all those fancy homes… I saw what goes on in those circles. Clients told me their secrets. I was a good listener, attentive and discreet. All I heard was the creak of wallets opening, and the scratching of checks being signed.

What a whore! I had a nice ride and then it was over. I was relieved. It was a chore prostituting my art and being friends with rich people. They enjoyed pretending I was a famous artist, but I always knew just how famous I wasn’t.

Ever since then, when artists talk about the evils of selling out, I wonder how they pay their bills. A NACHO grant”ll keep you going for a coupla months if you can get it, and if you don’t go insane filling out the follow-up paperwork and performing like a monkey on a chain. Of course, after validation by those respected arbiters of international art world taste, that’s when your career takes off like a rocket to the moon, huh? My mistake, it was Apollo 1, the cinder on the launch pad. Anyway, there’s a Kroger where sometimes they forget to lock up the dumpster. Get there early, because there’s usually a line. Have you thought about moving back in with your folks? Maybe you can use the diplomas they bought you for a tent.

About a month after the pamphlet incident, I was smoking in my front yard. A red Taurus pulled up and there was this Asian business-type inside. He rolled down the window, gave me a look and said Whazzup?

There’s nothing like clever conversation for making you forget about your financial problems.

Do you feel it is worth it?