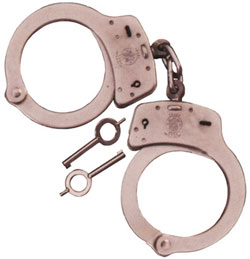 Interest in the site, called TWINKART, has been so high that it crashed this week after attracting more than sixty million hits in one day. A handful of participating students have already sold pieces of their ass online, as the Internet at last truly begins to change the way the art world works.

Demand continues to soar for both contemporary art objects and disposable, no-strings-attached sex objects, even as the demographic categories of “obsessive pervert” and “art collector,” traditionally the consumers of such goods and services, become ever more overlapped. Acquisitive trendsetters say they don’t always have time to travel to art fairs, strip clubs, galleries, adult bookstores, museums, jack shacks, studios, or cruisy areas to find fresh, new talent to use and abuse. Meanwhile millions of aspiring unknown young painters and sculptors find it impossible to get noticed and are willing to do anything for a little attention, let alone enough rent-paying cash to forestall their need to work as student teachers, sales clerks, burger flippers or gofers at mom’s real estate agency.

The benefits for young artists are considerable. Not only will they accrue valuable experience in submissively satisfying the rich and powerful, but they will also get a worm’s-eye view of the art-world’s behind-the-scenes machinations, perhaps including glimpses of pastoral thatches of gray pubic hair, and the stately, time-eroded canyons formed by aged collector buttocks.

“I used to think my painting should have like, a sacred spiritual quality or something,” says Sandy Ringtail, a recent exhibitor on the new site. “Now that I’ve been used like a whore five or six times, I understand that it’s got, not only a rudimentary use-value, but a speculative value as well, which I can maximize by manipulating social institutions that formerly independently validated works of art. These institutions still retain, at least for the moment, a sentimental vestige of that function, even as they’re ruthlessly exploited by visionaries like Ponzi, for his own bottom — no pun intended — line.

“I’ve learned that the crucial difference between my ass and my art,” Ringtail continues, “is that my ass, while it has an intrinsic market value, depreciates very, very rapidly. My art, on the other hand, however derivative or amateurish, can have its perceived value artificially inflated by a combination of collector gullibility and promotional ballyhoo, becoming an estimable commodity, the value of which will, with luck, rise indefinitely.

“It’s all about supply and demand!” the young artist giggles, tonguing a largish cold sore on her upper lip.

Ponzi has promised not to purchase any of the desirable “objects” on the site for at least a year, to make the site appear independent of his legendary manipulations of art history and the art market. For now, critics and collectors, titillated by the prospect of scoring fresh nookie, appear ready to play along with this transparent ruse.

For student artists, TWINKART is one more possible way to get noticed and make money. “I am on the site because I want to sell my ass, or some art, or something,” says Ernest Chump, a 22-year-old at the University of Passion Cove. “Obviously, you hope someone will magically pick up the phone and buy.” While the reality for Chump has been less exciting, he did receive a call from a heavy breather, a marriage proposal from an unemployed mother of two with a history of mental health issues, and countless spam emails with attached amateur nude pix, within weeks of posting his personal details and art work on the site.

“I’d had my own Web site for about 18 months and hadn’t sold anything through that,” whines Wanda Grissle, another floundering student, adding that she then tried TWINKART. “I’d never thought about putting up nude photos of myself being urinated on by my roommates alongside my art images, but it worked out great! In less than two weeks I was contacted by Josiah Geritol.”

Josiah Geritol, a Registered Sex Offender in the state of New York and one of ArtGeek America’s Top 200 Collectors of 2003, bought Grissle’s ass without ever having seen the real thing. “I only saw an image of it on the site, and that’s not the usual pattern of seduction and abuse for me,” he admits to reporters. “But as I’ve gotten busier, richer and ever more disgusted by my own reflection, I find I just don’t have the time to go prowling around art schools with a wallet full of hundred dollar bills and a casually concealed boner, like I used to.”

“The only problem,” Geritol maintains, “Is how sticky the mouse gets.”

Adam Balloon, notorious “rough trade” and influential corporate consultant noted for assembling rapidly appreciating collections of contemporary trophy art, once suggested that, while the Web might facilitate his research, he would never buy objects without seeing them first hand. “It’s a great tool to look at artists and a great tool to discover new ass,” he explained to these pages in 2006, “But when you’re going to buy a piece, you still want to check it out in person.” Nonetheless, based on what he saw on TWINKART, Balloon contacted an artist while on a recent trip to New York and arranged to help the young man pay some bills.

Introducing his latest discovery, bruised, blindfolded and handcuffed, at a press conference, Balloon orders the student to dance in place while squeaking, “I’m famous, I’m famous!” Inviting reporters to slap the lucky, but dazed, future artstar around, to get a feel for today’s collector lifestyle, Balloon acknowledges his own changed attitude.

“I never realized what great sluts these young artists would make,” he chuckles. “My portfolio performs, but never like that!”

Does UPC have an art school? What?

This is a test.

Where have you gone…your musings are missed.