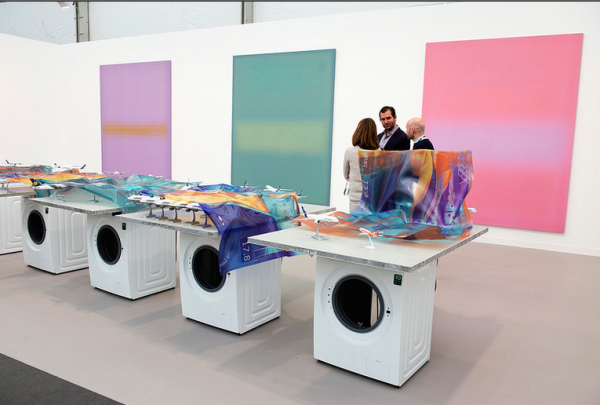 Did you know that exhibiting galleries at Frieze London are up for a £10,000.00 sort of “best in show” prize (around 15 g’s) given out by a Champagne sponsor? They are. This year Stuart Shave/Modern Art won Pommery Champagne’s “Stand Prize.” The gallery is just showing Mark Flood and Yngve Holen in the booth.

This, via ARTnews: The jury, made up of three museum pros, “praised the gallery’s stand for creating an ‘intellectual and formal dialogue between the two artists.'”

Five other galleries won secondary prizes. None of them are from Texas. Go Flood!