I like those sites where you can check out stories your friends tell you and find out if they’re just urban legends. I think I’m gonna retool my column to be the art-world version. My tentative attempts at humor aren’t working out, so now I’ll devote this space to a critical examination of the many myths, fables and half truths that swirl around our happening Houston art scene. Please email me your most cherished beliefs so I can “CRED “EM OR SHRED “EM!” ™ 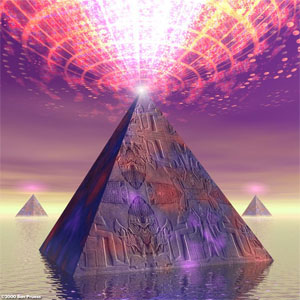 My parents want me to be an engineer but I’m “drawn” to the creative life, ha ha. I’ve tried to explain to them that being an artist is cool and that society values artists, and builds museums for them, and ladles out lots of cash to keep their precious creativity flowing. They act like I’m jumping off a bridge. Please explain to them that artists being poor until after they’re dead is just a myth.

To be merely poor would be a step up for an artist. Not to be persecuted, hounded, driven from town to town by angry mobs, with the smell of tar, feathers and their own shat pants in their nostrils — that’s the dream.

It’s a myth that something wonderful happens to artists’ net worth when they die. Actually, as their bodies decompose in whatever Potter’s field or vacant lot the authorities use for dumping miscellaneous corpses, their income level stays about the same. They may be working some minimum wage job down in Hell, but no accurate figures are available on that.

I pity your parents. They have every right to be horrified by your career choice. “Artist” is a despised professional category, located somewhere between “contagious leper” and “lap-dancing crack whore” on the social scale. Most moms and dads want something better for their children.

A tiny fraction of the art that gets made is good and becomes valuable. A weak mind like yours might distort this fact into a belief that artists are valuable too, but that’s wishful thinking. People value gold but they don’t give a damn about gold miners. They value wool sweaters but they don’t mind if the sheep have to sleep outdoors.

Your parents will probably eventually find a way to accept you, just like they would if you were a serial killer, or a child molester, or a Democrat. They’ll learn to smile and choke out the words, “We’re proud of you.” But rest assured, you’re breaking their hearts and crushing their spirit.

I start feeling like a real artist, like ones I’m studying, after I get my post-graduate degree, right?

I don’t know why you would want to feel like an artist, but if that’s all you want, just throw away your money, stop bathing or doing any personal grooming, steal some art supplies, make your crap and humiliate yourself trying to get professionals to like it. Then, gently buffer the pain of their rejection with a soothing medley of drug and alcohol problems. For God’s sake, don’t go near any art classes.

Art education is best understood as a slow motion Ponzi, or pyramid, scheme, one that takes years instead of weeks or months to become an obvious rip-off. Wikipedia notes that A Ponzi scheme is a fraudulent investment operation that involves paying abnormally high returns (“profits”) to investors out of the money paid in by subsequent investors, rather than from net revenues generated by any real business. We might add that Art Education is a fraudulent investment operation that involves turning abnormally “high” artists into academics, who support themselves with the tuition paid by the parents of art students, rather than with real art careers.

Hey, goof-ball. Your art school has apparently let you vaguely imagine that your education was turning you into a more-or-less successful artist. The only bad thing that might possibly be happening outside of your conscious awareness is that you’re wasting years of your life, going into super-debt and totally fucking up your creativity.

The good news is that someday you might get some pieces of paper, which will signify that you are officially “in” on the academic con job, and that you got there the hard way. If it’s an advanced degree, you’ll have learned all about working the con, too. You will believe in the con and you will make others believe in it. Your career will not be living off your own art as you once dreamed, but rather a series of teaching gigs that allows you to drift all around the country like an infectious professional tumbleweed.

You will be grateful, bitch, and the cycle of abuse will continue. These art education pyramids make the ones in Egypt look like tater tots.

Which Houston gallery does the best job of hooking up local artists with the New York City scene?

That would be the snazzy Ain’t Gonna Happen Gallery, located near the intersection of Wannabe Street and Gullible Road, aka “the road to nowhere.” My understanding is that they usually schedule the career-making New York City Express exhibits on the twelfth of Never, with a self-congratulatory champagne reception at 13 o’clock sharp. Don’t be late for your appointment with destiny.

What a scene it will be. All the trend-making New York dealers, and loads of canny, big-spending New York collectors will be there, staring like cheetahs eyeing a shaky newborn gazelle. They’re so desperate for new art thrills that they spend all their time out here in the sticks, searching, always searching. They’re desperate for raw uncut peasant creativity, soul-sick with the need for it.

They’re not here for the climate. They’re here because hardly any good artists go to New York City anymore and the few that do just don’t have what it takes, can’t really go the distance, aren’t prepared to make all the right moves. They’re too local, too close at hand, maybe just not quite new enough, not fresh, not fresh with the glistening dew that seeps out of a genuine provincial atmosphere like ours, all humid with evaporated talent. They’ll be looking at you with calculating eyes, those savvy New York svengalis, while stroking their chins, upper torsos and groin areas. If you playfully struggle just a little bit, once you’re down, they’ll really pile on the cash, to try and immobilize you. New York City art-vampires are crazy with their need for new blood, so go ahead, tie that tourniquet around your neck and display some youthful vascularity.

You have been chosen by an art professional eye! That makes your success in New York as certain as finding weapons of mass destruction in Iraq, and as dependable as a carny’s sense of basic human decency. Every bored divorcee or dreamy retiree who opens an art gallery to satisfy a vague spiritual longing is automatically, magically in league with the ruthless power brokers of Manhattan’s art world. Similarly, diligently digging a hole in your backyard will connect you to China.

You’re on your way, straight to the top! Try to get it in writing.

Watching local galleries compete over local artists is like watching drunk revelers at Mardi Gras get into fistfights over plastic beads. Duh, some galleries will say anything to get what they want. Meanwhile, artists seeking a surrogate mommy or daddy, to tend their needs while they concentrate on making art-caca in their diapers, will hear whatever they want to hear. Everybody has a soft spot for the beautiful fairy tale of Cowtown tonight, Chelsea tomorrow.

Maybe you should try going to New York yourself, living there for 200 years, and seriously studying how to crack that old nut, so you can sample the delicious nut meat supposedly within.

Yum. Open wide for the spicy rush of success, the sour tang of fame, and the chewy sweetness of a big income. Bon apetit! Perhaps you’ll also have some opportunities, along the way, to familiarize yourself with other popular New York City art-career flavors like ass, despair, crow and humble pie.