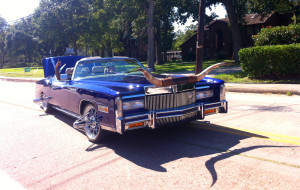 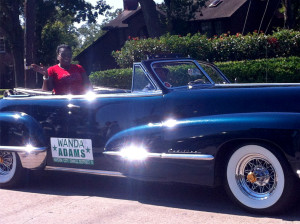 But the highlight of the afternoon was the slow parade of more than 50 Houston-area SLAB vehicles that made their way into the park, followed by some customized bicycles crafted by youth participants working with Workshop Houston. In awe, most viewers held up iPhones and fancier cameras to try to capture the shiny, customized cool of each car as it passed, while their bodies were absorbing the various rhythmic super-bass lines being emitted from almost every vehicle.

The SLABfest was organized by the Houston Arts Alliance Folklife + Traditional Arts Program, along with partners Houston Museum of African-American Culture (HMAAC) and Workshop Houston. Judging by the estimated attendance of 4,500 people, it seems very likely that the second annual SLABfest will take place again next year.  “We wanted to show a Houston-originated art form that has influenced the culture nationally, as well as the individuals and families behind that culture,” says John Guess, Jr., CEO of HMAAC, “and we did.”

This morning, participant Fourth Ward Fish stated just as succinctly, “We made history. Now people know that Houston brings it.”

Check out the photos from Glasstire contributor Peter Lucas: 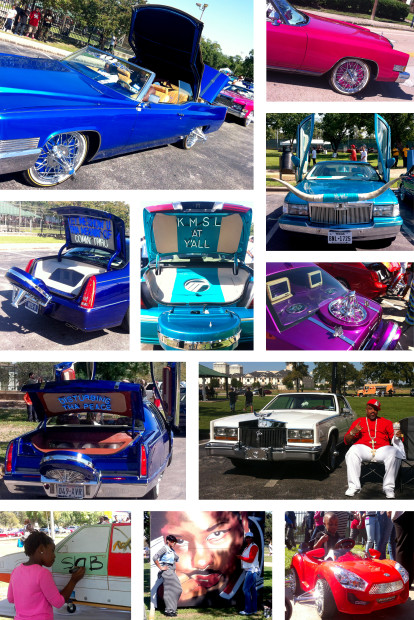 hi my grandsons was the two toddlers from yesterday. I would like to know if you can send me all the pictures on them to. Thank.

Mrs. Parker, if that’s your grandson in that red mini-slab, he’s one of the cutest kids ever! He was peddling around for quite a while, so I’m sure that more folks than Peter got some good pics. Peter (and anyone else!), please forward some images!