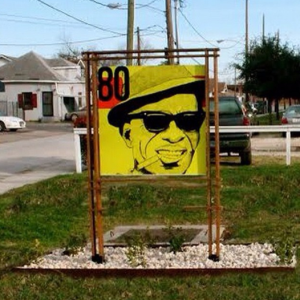 In conjunction with The Black Guys: Robert Hodge and Phillip Pyle the Second, currently on view at Art League Houston (ALH) through January 3, Hodge and Pyle staged an interpretive reenactment of the 1995 behavioral event Stop-N-Go!, by The Art Guys (Michael Galbreth and Jack Massing), in which Galbreth and Massing worked as clerks for 24 hours straight at a Stop-N-Go convenience store in Houston’s museum district. (That’s according to the ALH description, although Hodge posted that the were doing “a recreation of a art guys performance where they stayed at Denny’s for 24hrs.” It works either way.) As of this writing, the performance aspect of The Black Guys’ 24 hours at the Lightnin’ Hopkins Bus Stop is almost over. Located off Dowling and Francis Streets, the site was chosen “because of the recent drug activity at night,” states Hodge. Video of the performance, 24 HRS, will be screened from 6-8pm this Saturday, December 13, at ALH.

Overnight, images of the event began popping up on Instagram and Facebook. This photo of artist Carrie Schneider was posted on Hodge’s Facebook page with the caption: “Carrie is surprised at all the folks. She thought we would be lonely and we did too.” From the looks of all the photos and selfies, The Black Guys were not lonely at all. 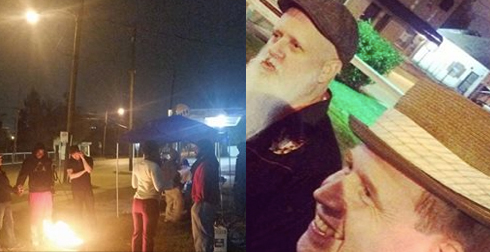 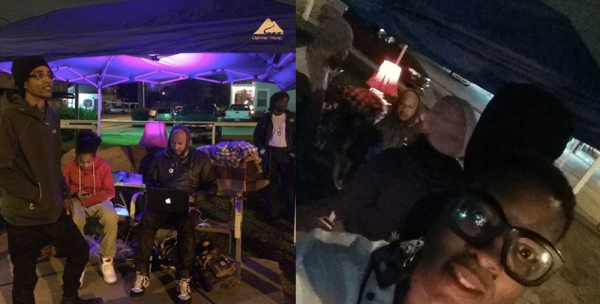 An Art Guy drops by; ALH director Michael Peranteau shows up with some turkey chili.