Art League Houston Announces Its 2021 Texas Patrons of the Year 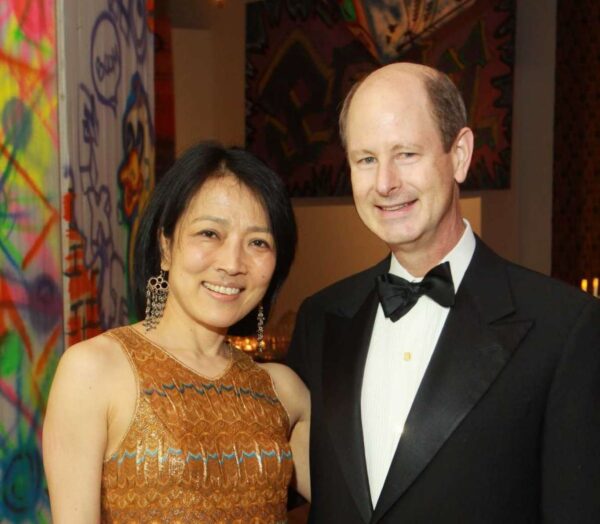 Art League Houston (ALH), one of Houston’s oldest non-profits, has announced Texas art supporters Chinhui Juhn and Eddie Allen as its 2021 Texas Patrons of the Year. ALH Executive Director Jennie Ash states of the pair, “Their strong belief in the value of art, artists and the appreciation of culture in all its forms have and continue to positively impact the local arts ecosystem, and we are honored to have the opportunity to celebrate their extraordinary achievements.”

Chinhui Juhn, a former Chair of Da Camera, currently sits on the investment committee of the Menil Foundation and is a board member of Inprint. Juhn is the Henry Graham Professor of Economics at the University of Houston, whose research is focused on the labor market, wage inequality, and gender. Both Juhn and Allen are long-time supporters of the Orange Show Center for Visionary Art and the Art Car Parade in Houston, the Children’s Museum Houston, the Houston Center for Photography, and the Houston Museum of African American Culture.

Eddie Allen, a former Chair of the Asia Society Texas Center and CAMH, currently serves on the Board of the Menil Foundation and is Treasurer of the Asia Society Texas Center. His family has been associated with the arts in Houston for three generations; his mother, Nancy Allen supported the Asia Society Texas Center, CAMH, and the Museum of Fine Arts Houston. His father and late brother, Rudge and Randy Allen, were both board chairs at the Children’s Museum Houston. His brother, Wilson Allen, and his wife Janet Allen, are major supporters of the Blanton Museum of Art in Austin. His grandmother, Carol Crow, was a notable photographer in Houston, whose work is in the collection of the MFAH and for whom a Fellowship at the Houston Center for Photography is named. Allen is a founding partner of Eagle Global Advisors, an investment advisory firm headquartered in Houston that caters to foundations, institutions, and high net worth individuals.

Founded in 1948, Art League Houston has radically evolved beyond the parameters of traditional art leagues. While keeping the core of the art league model – a robust membership deeply committed to the value of visual art in contemporary life – Art League Houston embraces contemporary approaches to curatorial programming, community-building, art education, and outreach to under resourced communities. The mission of Art League Houston is to connect the community through diverse, dynamic, and creative experiences that bring people together to see, make, and talk about contemporary visual art.