The Black Guys Release Hit Single About the Menil 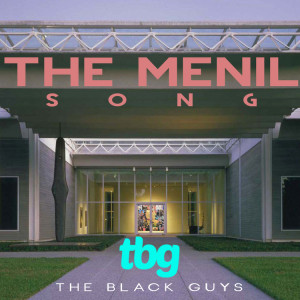 Robert Hodge and Phillip Pyle II have already begun promoting their upcoming exhibition at Art League Houston, presenting…The Black Guys, which doesn’t open until mid-November. While they promise a full-length album with the same title as the exhibition, they released the first single a few days ago on iTunes. It’s called “The Menil Song” and the lyrics contain a little art history, a little politics, and a whole lot of cool. (They even discuss the Menil Collection’s air conditioning.)

Hodge and Pyle describe part of the exhibition as an homage to the Art Guys; they will recreate five Art Guys performances, “while adding a twist that could only come from Black Guys.” They also plan on original performances and 2-D work. Until November’s opening, enjoy the music! 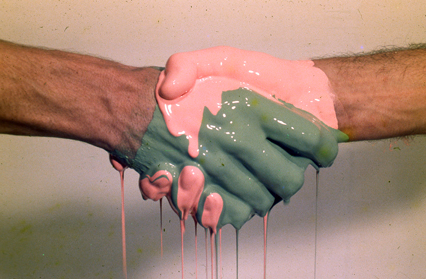 The Black Guys want to add a little more color to this mix. (The Art Guys Agree on Painting, 1983)