On May 31, 2019, in conjunction with her current exhibition on view at Jonathan Hopson Gallery in Houston, artist Emily Peacock organized a comedy show featuring artists and non-artists alike. Here are a few photos from that event, which was hosted by Art League Houston. 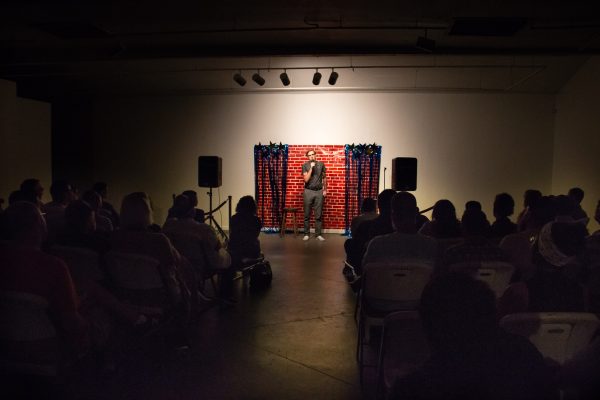 “Justin Blandford performs and enjoys comedy. He drinks quite a bit of coffee. He is from Houston. He dislikes grapefruit very much. In addition to stand up, he is also a frequent contributor to Microsatan with his zany characters. He is known for eating banh mi in excess. He can ‘do voices,’ and sometimes that is funny.” – Mocking Bird Network 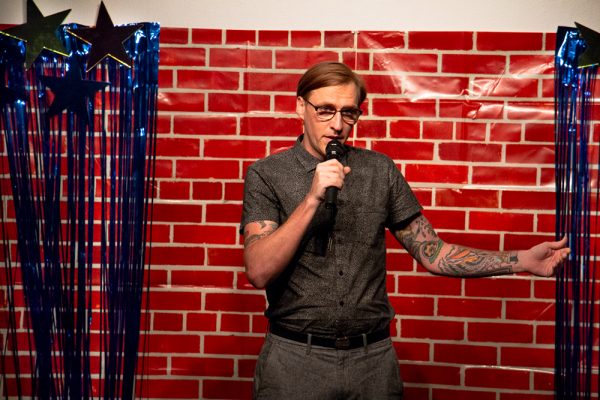 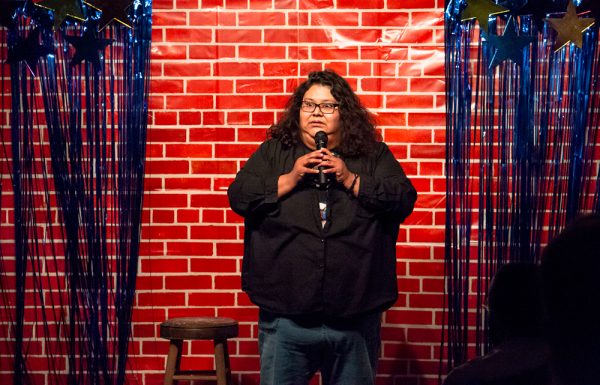 “Stephanie Saint Sanchez is a Houston based multi-media artist, filmmaker, curator and vinyl DJ with ties to many of the cities vibrant art communities.  Under the banner of La Chicana Laundry Pictures, she has written, produced and directed over 30 award-winning genre splitting shorts over the past decade. Her work has been screened extensively both locally and nationally and received numerous awards, including a CACHH emerging artist grant (2005), Southwest Alternate Media Project (SWAMP) Emerging Filmmakers Fellowship (2013). She founded Senorita Cinema, the first all Latina film festival in Texas, which debuted at Lawndale Art Center in 2007 and was selected as a Warhol Foundation Idea Fund recipient. She has served on the board for Q-fest, Houston International LBGT film festival and Diverseworks artist board. She was featured as one of Houston Press 100 Creatives. Her favorite things are film, bringing artists together for collaboration, and putting on a show!” 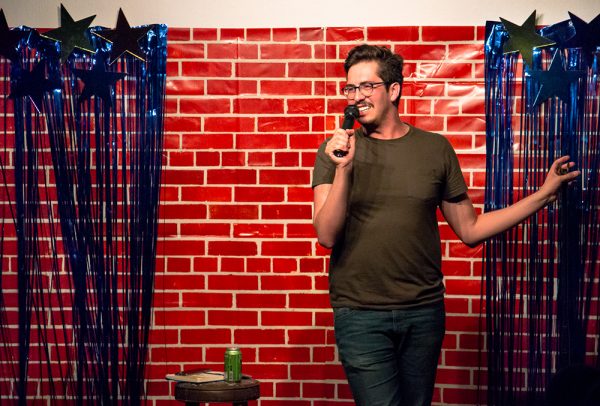 “Arron Michael is a Houston based comedian, improviser, and actor. His happy-go-lucky, energetic attitude makes his dark and raunchy personal stories a unique experience. Arron is the creator and host of the monthly Queer Improv Jam. Catch him doing standup and improv throughout the city or hanging out with his puppy Oscar.”

He is also a part of the new queer comedy group, Empty Closets, who just want to make you laugh. Catch them June 15th, 2019 at the Gay Agenda: A Queer Comedy & Improv Show at Station Theater. 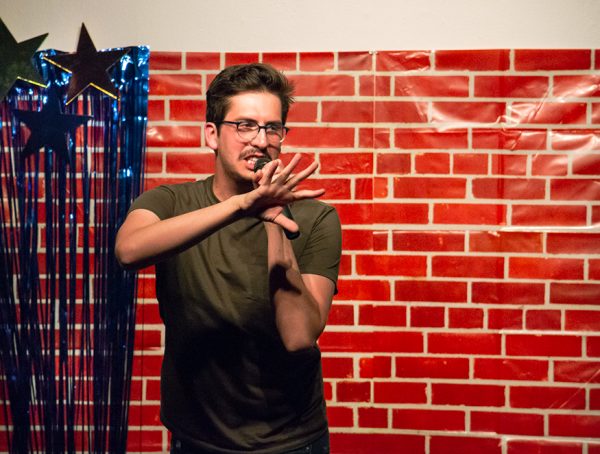 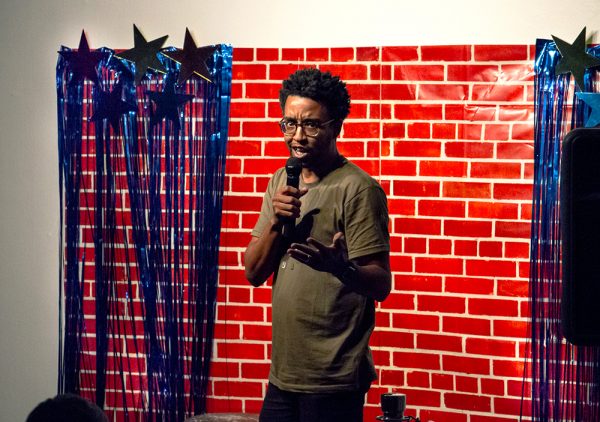 “Phillip Pyle, II is a visual artist, graphic designer, and photographer based in Houston, Texas whose primary interests are race, humor, advertising, sports and popular culture. Mining imagery from sources diverse as mass consumer culture, contemporary advertising, to ephemera, historical imagery, and hip-hop, Pyle introduces a complex vision that derives from a robust comedic foundation while also looking at the abstraction and transience of our values, and beliefs.” 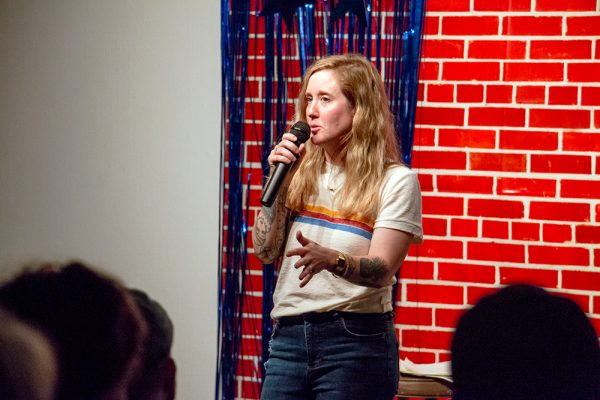 “Emily Peacock was born in Port Arthur, Texas, in 1984. From 2002 to 2004, she studied photography and journalism at Sam Houston State University in Huntsville, Texas. In 2008, she was admitted to the University of Houston to study photography and digital media, graduating in 2011 with her Master of Fine Art. 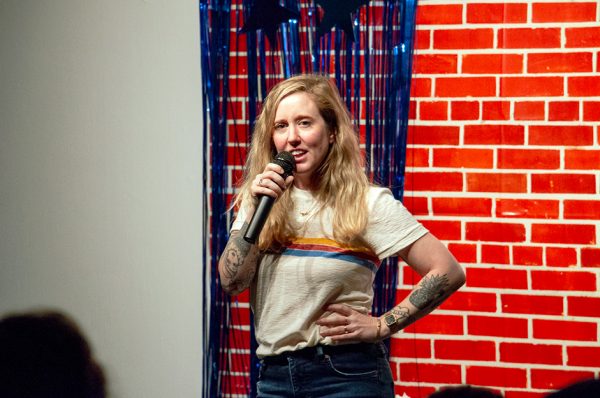 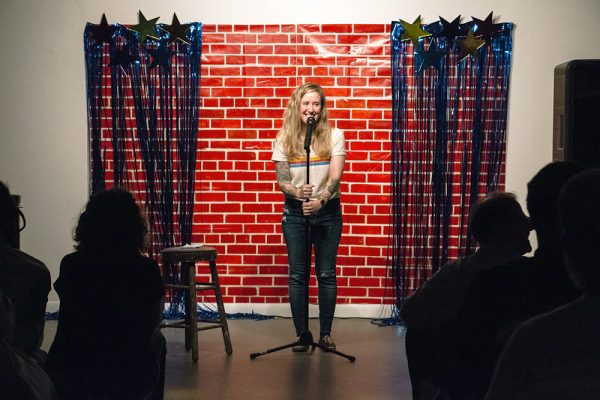 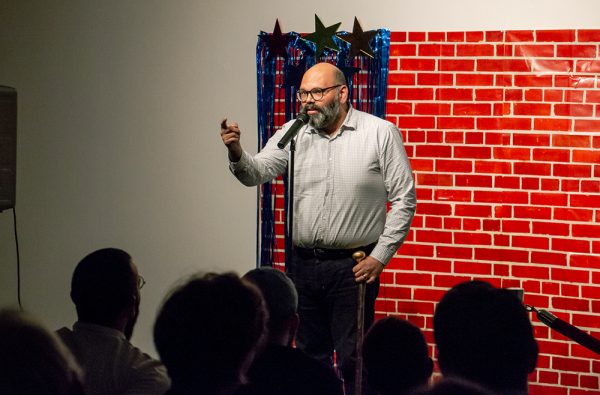 “Vinod Hopson is a sometimes writer and artist, but mostly he is a nonprofit arts administrator. His current art project, THOSE WHO DESIRE, is an exploration of forgotten and overlooked histories in Houston, Texas.

“Mr. Hopson is a regular at the The Moth Houston Story Slams where he is notorious for going over time. He has begun to write haiku as an exercise in brevity. He was born in New Jersey and has lived in Houston since 1996. With his wife, he maintains a small flock of backyard chickens, and will talk about them at length, with little provocation.” 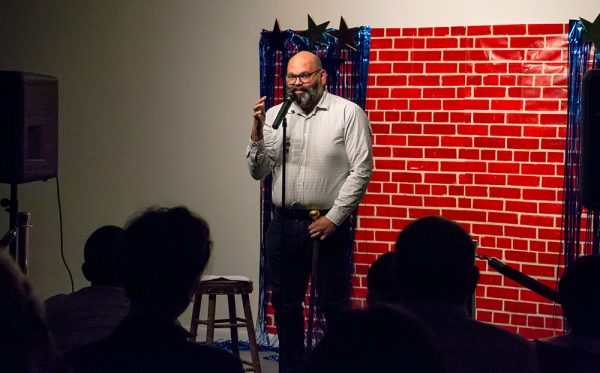 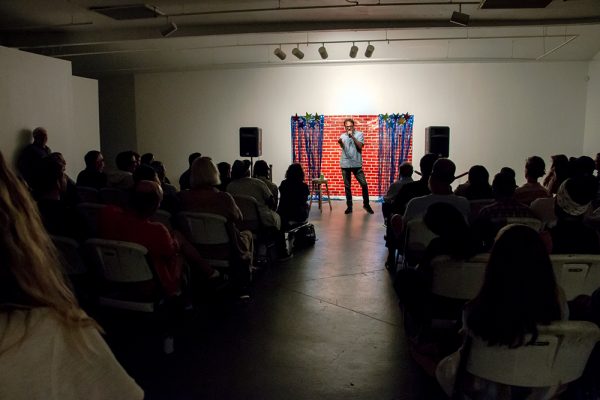 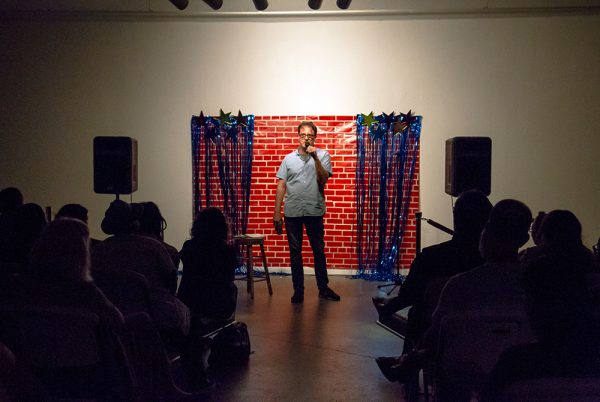 “Bob Morrissey is a standup comedian who began writing jokes and performing onstage in 2012. Bob writes jokes and stories about his life as a combat veteran and a gay man. He also talks about the books he reads, ideas he thinks, and other moments of his life. He draws cartoons and shares too much all the time on twitter and instagram.” – Mocking Bird Network

“Bob Morrissey has performed standup comedy in Houston for seven years. In 2013 he won the Beta Bracket Standup Comedy Contest. He’s appeared on Trill Comedy Festival, Whateverfest, and the Come and Take It Comedy Takeover 2015, 2016, and 2017. He’s a finalist in the 2019 Best Comic in Houston contest at The Secret Group.” 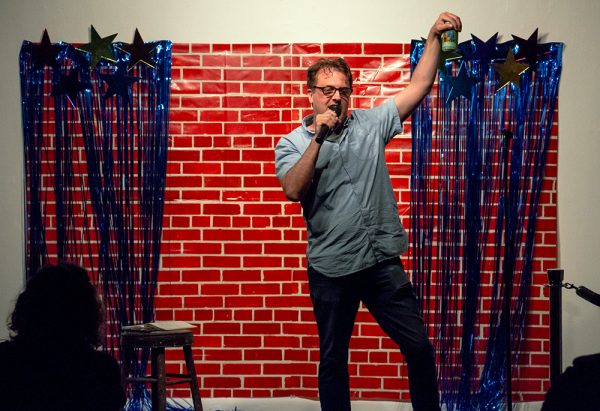 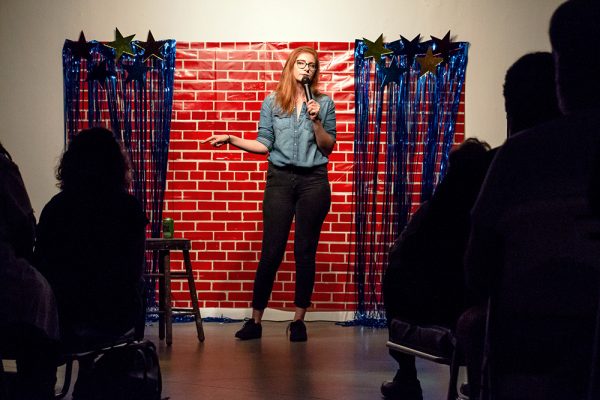 Beth Anne is an up and coming comedian in the Houston scene. She started doing comedy in 2018 and has been seen on the Comedy Central Roast Battle Live Podcast and I Don’t Think So Honey Live Podcast. And she’s become somewhat of a regular at the Secret Group’s TRASH FLAVORED TRASH: Trashed Stand Up for Trash People – a free comedy show held every Tuesday. 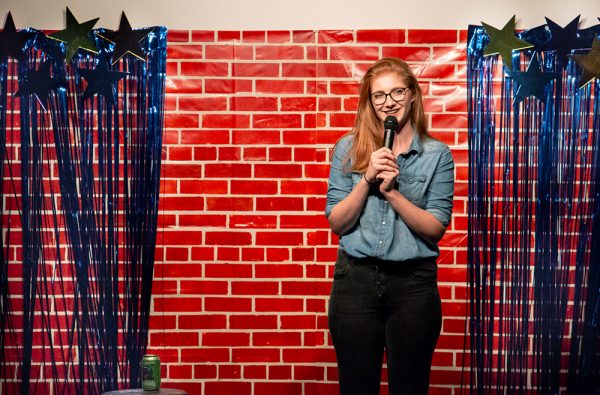