At the DMA, photography is usually lumped in with contemporary art and struggles to find a place within a collection that generally favors painting and sculpture. Gabriel Ritter, the assistant curator of Contemporary Art appointed two years ago, has been working to fold conceptual works into the collection that highlight the elasticity of contemporary photography. This is evident in “Never Enough,” an exhibition of acquisitions made by the Contemporary Art department over the last five years. With 25 of the 48 total works being photographic in nature, the medium certainly appears to have a heightened presence within the collection. 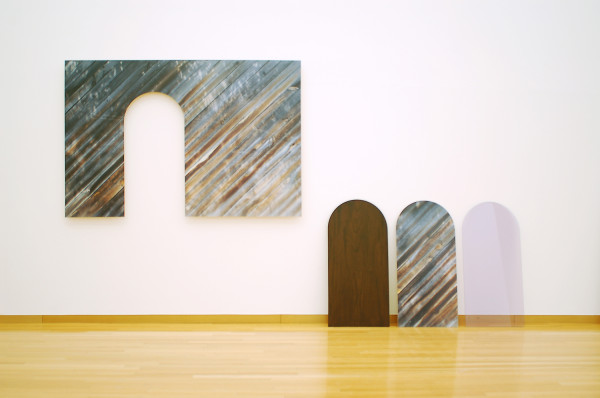 Installed in the central barrel vault and quadrant galleries, the show’s dominant theme is the relationship between photography and sculpture. For instance: Monograph (No. 2) is a suite of five large, black-and-white photographs by Erin Shirreff. These are mismatched maquettes folded down the middle, as though pulled from the center of a book, which on its own is a clever rumination on the failure of images to appropriately depict the scale and dimensionality of sculpture. And on the opposite wall is Monochromes after Mondrian: 1-16, by Sherrie Levine, a series of sixteen panels (which have a sculptural heft) that are painted muted tones culled from Piet Mondrian’s early works, but reference his later abstractionist style. While the paintings are a stunning example of her career-long investigation into appropriation and representation, I couldn’t help but immediately think of Levine’s groundbreaking work with photographic reproductions: excellent companions to Sherriff’s images. Conversations like this appear throughout the show, an indication of Mr. Ritter’s adroitness with an installation, but what I also believe to be a desire to show viewers that there is often a method to this collecting madness.

At the other end of the vault is a striking installation of “sculptural photographs” by Japanese artist Yuki Kimura. According to Mr. Ritter, who specializes in Japanese art, this is the first time Kimura’s work has been shown in the United States. Some internet sleuthing on my part revealed Kimura’s long-standing interest in exposing and disrupting the illusions of a photograph, and the DMA pieces play with photographic tropes to an almost dizzying degree. Wood-mounted, Plexiglas-covered found images (a nod to the Readymade) are disrupted by tombstone-shaped cutouts that emphasize the object-ness of the actual photograph as well as the physical relationship between the viewer’s body and the image. The various layers of the cutouts are then extracted and leaned against the wall under the intact image. It’s some exceptionally heady work that could easily be a show unto itself (the installation was originally presented as a solo show at the Taka Ishii Gallery in Tokyo in 2006). Even if you don’t care to peel back the conceptual layers, Kimura’s work is formally beautiful: spare and clean. And as it happens, the tombstone-shaped cutouts in Kimura’s photographs echo the curved ceiling of the gallery itself. 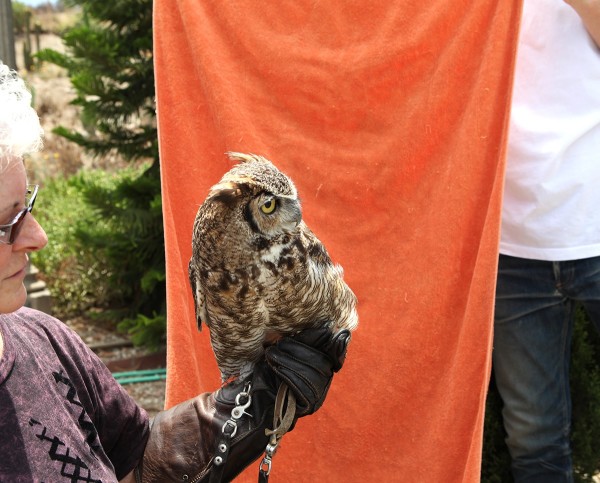 One quadrant gallery is dedicated entirely to photography, and most intriguing here is a group of photos by Sara Cwynar, Marlo Paschal, Michele Abeles, Lucas Blalock and Daniel Gordon. I don’t generally care too much about “hot” artists, but it’s really cool to see a current crop of contemporary art photographer stars gathered together. All of these artists wield the medium in a playful, surrealist fashion, utilizing found imagery, Photoshop and good, old-fashioned, shot-in-front-of-the-camera studio interventions. The images are fun, springy and self-referential. By comparison, two Thomas Struths hanging nearby seem like bloated German dinosaurs, sagging under the weight of their hyper-focused imagery of colossal machines. Of course, Struth and his Dusseldorf School companions are hugely important practitioners, but I, for one, am glad that the big, bad, C-print is no longer the modus operandi of contemporary photography.

Another young artist with a boundary-stretching practice is Darren Bader, whose seven-part piece, obi and/with SCOBY; oak with/and smoke; owl and/with towel; oar with/and store; oil with/and mohel; oat and/with note; orc with/and fork was commissioned by the DMA. It’s actually a manifestation of a contractual document between the artist and the museum, as it’s up to the DMA to source each object and create the pairings listed in the title. The piece comes together as a series of photographs, videos and sculptures both in the galleries and elsewhere in the museum (ask the staff for help finding the two rogue sculptures). According to Mr. Ritter, Baden’s ultimate goal is to have the objects physically share the same space through the entirety of the exhibition; video and photography can document or generate the encounter where this might otherwise be impossible (with the owl, for example).

Many of the objects in this show have some degree of façade or trompe-l’oeil that is designed to upset the seemingly intrinsic magic of the objet d’art. Even the exhibition title is a frank statement about the faddish nature of contemporary collecting. This level of candor and democracy is, to me, the most exciting component of “Never Enough.”

Never Enough: Recent Acquisitions of Contemporary Art is on view through July 20 at the Dallas Museum of Art