Neil Fauerso and guest Michael Menchaca on some Texas exhibitions you can still catch before they close, including Menchaca’s show at the the McNay, and a show of Rembrandt etchings in a place you haven’t heard about. 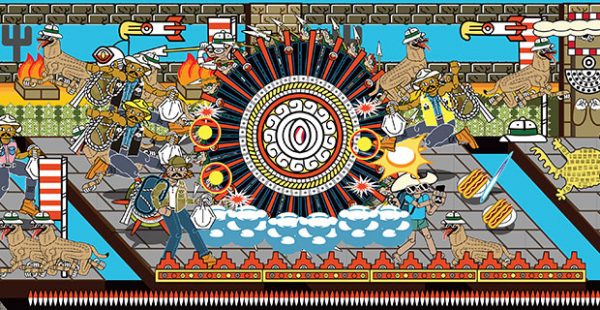 “For the final chapter of the series of exhibitions celebrating San Antonio’s rich printmaking tradition, Michael Menchaca will transform the McNay’s Lawson Print Gallery into an immersive environment of prints, paper installations, and video. A graduate of Texas State University and the Rhode Island School of Design, Menchaca has created a highly individualistic lexicon of signs and symbols that speak to the Mexican American experience, including immigration and the melding of cultures in South Texas.” 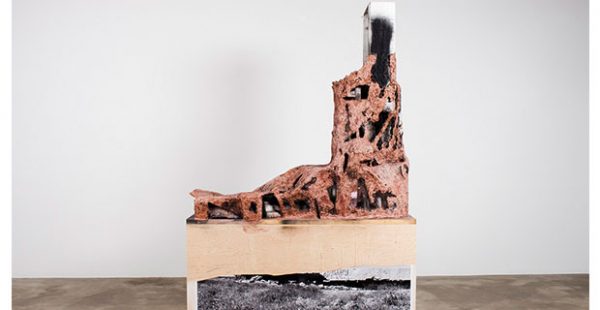 “Other Forms of Life is a survey of recent work by the New York–based artist Huma Bhabha, showcasing key moments in her varied artistic practice from the past decade, including examples in sculpture, photography and collage, drawing, and printmaking.” 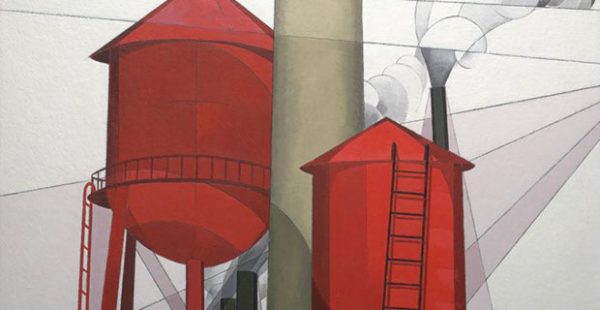 “Cult of the Machine examines American culture from the 1910s to the Second World War and reveals how the American love affair with new technology and mechanization shaped architecture, design, and the visual culture of the United States. This exhibition includes paintings by American Precisionists such as Charles Sheeler, Georgia O’Keeffe, and Charles Demuth, and iconic works by the masters of straight photography such as Paul Strand, Berenice Abbott, and Edward Steichen. Their creations were highly structured, geometric compositions with smooth surfaces and lucid forms that sought to mimic a streamlined, “machined” aesthetic, with themes ranging from the urban and industrial to the pastoral.” 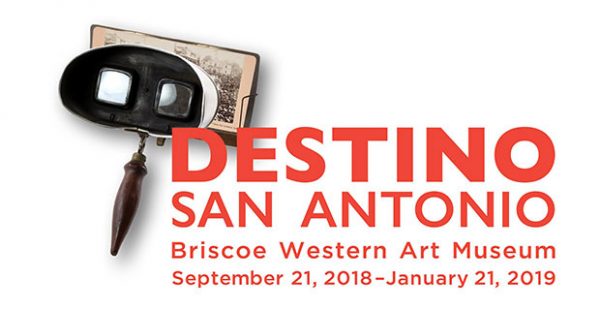 A show of nearly 600 stereographs of the city of San Antonio spanning the 1860s to the 1930s. “Artist and guest curator Ann Wallace integrates maps, video, personal accounts, and arcade-style 3-D viewers to explore a period of profound transition after the Civil War until the final days of the great Texas ‘frontier.’”