Austin Ranks as Fourth Best US City for Artists 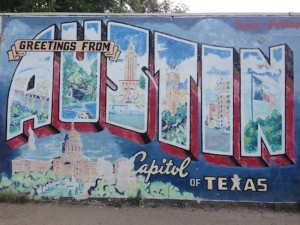 The folks at the (questionable) social networking site MyLife have put out a list of the top US cities in which to be an artist and Austin came in at fourth!

Austin not only has the hipster factor, but got a big bump because of its average age. Dallas ranked at 20th; Houston 29th; San Antonio 32nd; Fort Worth 45th; and El Paso sits at the bottom of the pile at 50th. The full report can be viewed here.