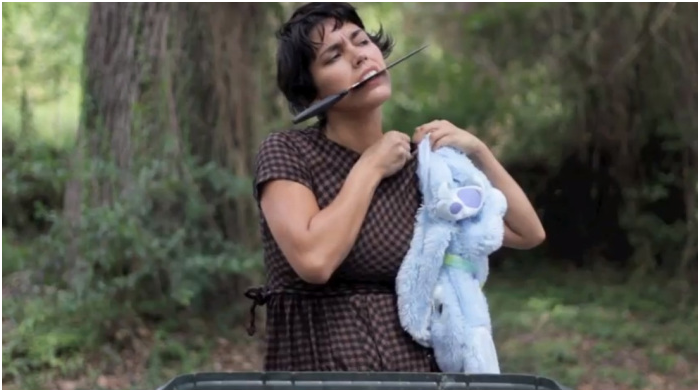 A few weeks ago I had the pleasure of sitting with artist Christina Sukhgian Houle who is in Mexico City for six weeks as part of the SOMA summer artist in residency project. Christina recently graduated from Texas State University in San Marcos and is preparing for her move it New York City to begin an MFA in studio art at Columba University. We chatted for hours about her adjustment to the city, cultural shocks, and the SOMA Program. Below is the first part of our chat…

Leslie Moody Castro: So tell me about being in Mexico City and how you’re adjusting.

Christina Sukhgian Houle: I think the first week was hard. It was just hard to adjust to being in a different space and away from everything familiar. The second week I felt like I was starting to adjust more but then I got sick and kind of just felt like I was just going to have to be sick for six weeks when I started to get better. So now it feels like the first week that I’ve been here even though it’s my third week. I’m not homesick anymore, and I’m not physically ill, so now I can kind of try to see what the city is about and slowly test out new waters. It’s funny though, I feel really slow at it. I feel like it takes so much energy to just have a day. Initially I had this idea in my mind that everyday here was going to be some sort of dramatic adventure like I was just going to be caravanning from one crazy thing to another. I don’t know why I had that idea in my head, I guess I just have a big imagination or something. I thought it was going to be a bunch of little weird things everyday and obviously it hasn’t been like that. It’s like one day I will go to the market and then I’ll do my laundry, then I’ll take a nap and drink some coffee and look out the window or something. Then I’ll come home and make dinner, and then I realize that I forgot to buy wine, so then I have to go and buy wine…and then by that time it’s like 11:30 and then I need to be up the next day. I feel like 60% of my days are like that and then maybe 2 days a week I’m like “Holy shit, that was amazing!” So I guess that shocked me how much “living” or how much maintenance it takes just to be. It doesn’t leave as much time for adventuring as I had anticipated.

LMC: It’s true. It’s like one thing a day. If you can focus on getting your laundry done, then you’re good.

CSH: It’s funny because I used to live in Chicago, and I don’t think this is as dramatic in Chicago. It’s like what we were talking about earlier with the language, it’s so exhausting to try with your limited Spanish. The other day I had to go to the laundry and I wasn’t sure if it was one of those places where you leave the clothes and they do it for you, or you wash the clothes yourself. So I walked in and said: “quiero lavar mi ropa” and she said something really fast in Spanish, and I had to respond with the same thing I always respond with which was basically, “I’m sorry, I don’t speak a lot of Spanish.” She basically was like miming things at me, but it’s also amazing how people want to help you out. The next time I went back she just came over and helped me out. The same thing happened when I went running one day. My metro ticket had fallen out of my iPod case and I didn’t really have anything with me, so I figured well I’ll run home. I stopped someone and asked how far the distance was and for basic directions, and I was convinced I could run it. Basically that person said, “No that’s really far, here’s three pesos, go buy a metro ticket.” So I’ve had these moments where people are so nice and people are so sweet and are genuinely just trying to help me out. But at the same time those moments are coupled with so much stress. I mean, before that person gave me three pesos to buy a metro ticket all I could think was, “How am I going to get home?” I had just run 5 miles, and home was like another 7 maybe, and I had to be somewhere in an hour and it was like do I really have a half marathon in me today? But then it was also kind of nice because at some point everything just became flexible and I just had to let go of the stress and just accept that I wasn’t going to be where I had to be. 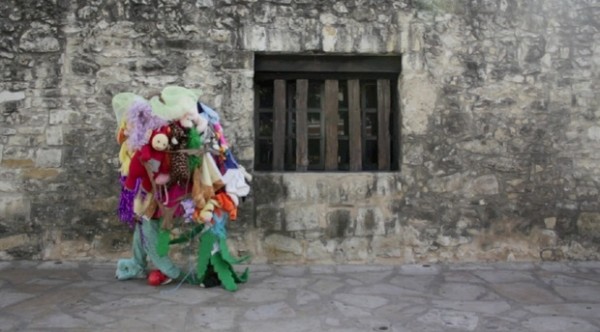 LMC: I think that’s one of the hardest things adjustments to make when moving here, just kind of accepting that circumstances of the city sometimes just happen.

CSH: The other day I was supposed to go somewhere and I got lost and I ended up getting there like an hour late. Fortunately the spot had a second tour like three hours later, so I was two hours early for the second tour. But it was nice because at some point you just realize that it’s just not going to happen, and it becomes a new thing. Once I realized that I was able to let go of that stress and just allow myself to see what was happening right in that moment. I feel like I’ve had some really nice serendipitous moments. I feel like living in Austin was really sweet in other ways…

LMC: Can you tell me more about that?

CSH: I remember when I first moved there I volunteered at SXSW. I remember after one of the shows someone invited me to the after party. It turned out that it was at the Blue Genie Complex that I hadn’t been to before. It was like 2am and the Blue Genie was converted into a nightclub and there was a puppet show and big stripper looking bouncers and the puppets were throwing things at people. It was insane and kind of awesome, and it felt super magical because it was such a surprise. It was like something I had never seen before. I think Fusebox in general just provided something so different. I ran lights for Phil Soltonoff’s piece, and the workshop that he did in 2006 and the piece was so unlike anything that I had seen in a performance context before. It just made me feel like there was a hum of something unusual happening there. 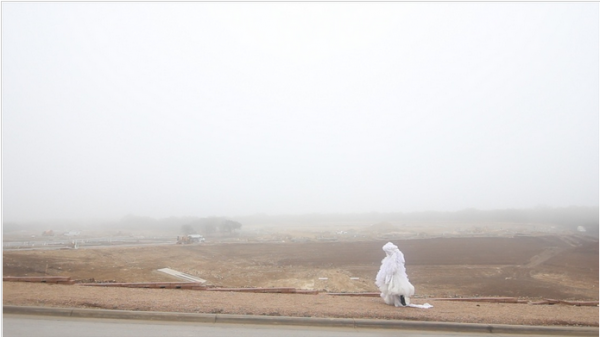 LMC: So why Mexico City? Why were you interested in coming here for SOMA?

CSH: Abraham Cruzvillegas asked me that same question. I answered him, and he started talking and I thought: “but that too.” I feel like there are so many reasons, and in the end I just felt like I had to come. I think that something just felt really important about it.

LMC: Did you have an interest in Mexico City before this?

CSH: The last video that I made dealt specifically on the border issue. So, I think a part of me felt like if the border issue is something I’m going to make work about then it was important to have a broader understanding of it and to not just be someone who lived in Texas for a little while then drove to Marfa twice. I think I needed more direct knowledge somehow, and that I needed to be talking to people who lived it. I also knew when I was coming down here that I wanted to try and establish community, or at least plant the seeds from which to continue a dialog. If I do continue to work in this way it’s really important to me that I’m addressing these issues in discussion and that I’m not doing it solely from the perspective of whatever I call myself, or as someone who has partial heritage from Mexico but has lived in the U.S. her entire life. That was the other thing that became interesting. Depending on where I’ve lived in the U.S. people’s perception of me and my racial identity has shifted. When I moved to Texas immediately it was just assumed that I was Mexican, and not even Latin American, just specifically Mexican. My relationship with my Mexican identity has been interesting to me and that has kind of shifted as well. For me it’s just Mexican blood, and it’s a number of generations back. My mom is 100% and my dad is white. I remember being pushed to apply for scholarships because I’m Mexican, and I remember my mom calling us Latina. It’s so funny the verbiage around that kind of stuff and who is correcting me. There are a lot of intricacies about that discussion that make it hard to talk about. There was also something about living in Texas that made me want to see Mexico, especially right now where there’s this heated border issue. There’s this very specific perception of what it means to be Mexican, and my perception of that was completely based on what family I have living in San Antonio, then cultural perceptions, and the way people talk about the immigration debate. That’s another very specific way of looking at Mexican identity as well. So a part of my coming here was really figuring out, and seeing what it’s really like to be Mexican. Obviously that’s not something I can figure out living in one city for only six weeks, but I wanted some more information. I feel like I have a lot more to see and experience, but I think that those things are starting to shift for me which is really helpful. It’s been so nice to come here and see a fuller picture of culture…

Read the rest of our conversation about identity, coping and critique in the next post…