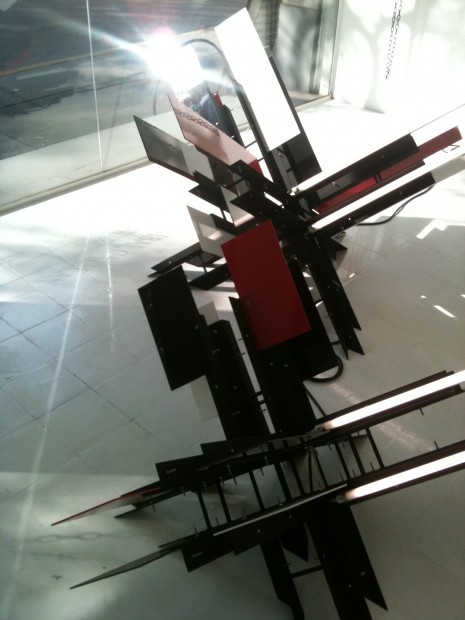 Throughout a weekend of constant seismic activity and back-to-back aftershocks I braved the constantly trembling ground on Friday and made the short trek further into the San Rafael neighborhood to visit the Yautepec Gallery for the first time.

The gallery itself is a self-proclaimed “experimental space with an appetite for risk.”  Yautepec is certainly off the beaten path, and sits as a haven between two bustling highways, and as soon as I entered the doors it was a refreshing slice of silence.  Additionally, the exhibition on view titled Supremat, by artist Anibal Catalan offered a refreshing stillness in the madness of the city.  Born in 1973, Catalan is a native of Guerrero, Mexico but has been living and working in Mexico City for a number of years.  His artistic background hails from architecture, and these roots still run deep in his practice; visible not only in his formal and technical language, but in his obsession with architectural history.  Indeed, Supremat is an exhibition of layers, each piece building upon the other in an exploration of the perfect socialist form, and its ultimate collapse.  Specifically, according to the curatorial text, Supremat is based on Catalan’s “long-standing interests in the Russian avant-garde movements of Suprematism and Constructivism, as well as in the radical formalistic advances of Deconstructivism, with its roots in the late 1960s.” 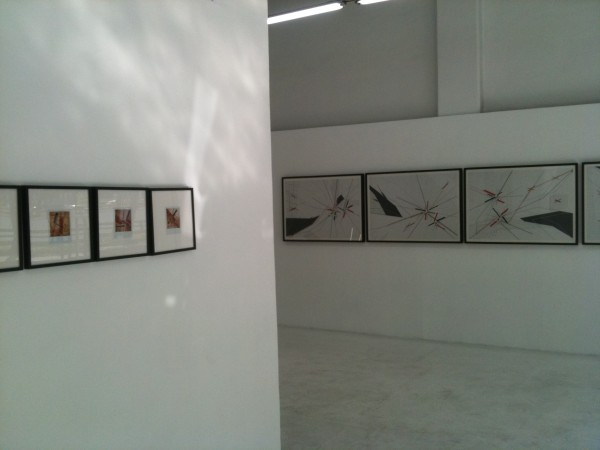 Supremat is a series of blue-print like drawings lining the walls with their subsequent three-dimensional sculptures sitting below them on the floor of the gallery.  Catalan’s architectural background not only informs his process, but the final product as well, where the objects almost cannot operate independently of one another: the drawings are activated by their corresponding sculptures, and vice versa. 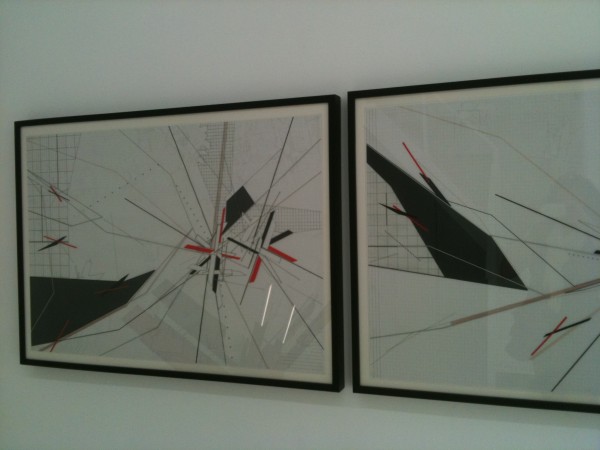 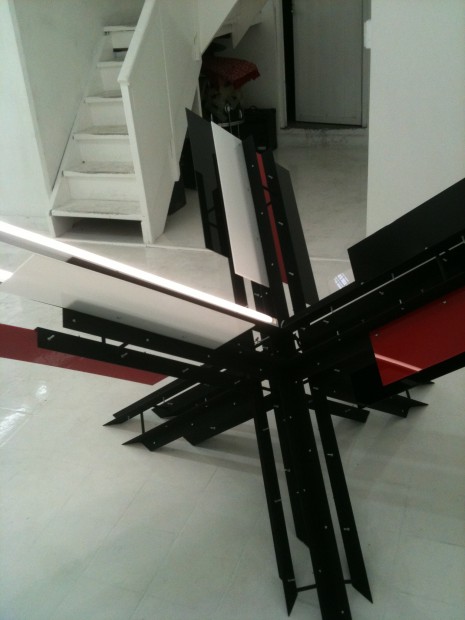 Aside from its technical, formal, and conceptual strength, the exhibition as a whole resonated with me in ways that I am still digesting.  It is a quiet show, carefully curated, carefully constructed, and obviously planned by an artist who is completely unapologetic in his hyper-specific references.  I typically prefer walking away from an exhibition with a sense of accomplishment that I was able to get into the artist’s head in some way, or understand the work at first glance.  However, in the case of Catalan and Supremat, I am secure walking away without the answers, and empowered by the challenges that Catalan’s connections offer.

***a thousand apologies for the terrible and sparse images, I felt a tremor and went running out of the gallery before I could grab more.

Thanks for the excellent review!