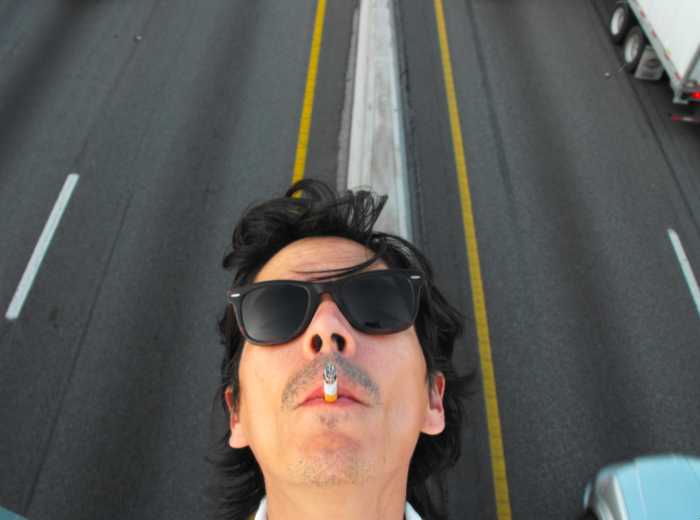 I recently had the pleasure of curating a video show at Tiny Park Gallery in Austin, Texas titled the Time and Space of Calixto Ramirez.  The exhibition was a show of video work produced by ar Calixto Ramirez, an artist I met in Mexico City who has been living and working there for the better part of a year and a half.  After we successfully opened the show (thanks Sean!) I sent Calixto an email asking about his thoughts and reflections on his time in Austin.  This is what he had to say.  Calixto’s show will be on view at Tiny Park until November 3rd.

Leslie Moody Castro (LMC): What are the expectations and/or concerns you have about the reception of your videos in the states? And in Austin specifically?

Calixto Ramirez (CR): Well, I felt calm.  These are works that I have been working with since 2007 and I knew they were going to work.  A variety of them had also been shown in places like Columbia, Spain, Germany, Slovenia, and Mexico.  They had passed the test of the Mexican public which can be really difficult, especially as a Mexican artist.

What interested me in exhibiting in Austin was establishing a link with the cultural community of the city: artists, critics, galleries, and principally with people at UT Austin, including professors and students.  I always think that a good start for dialog is to have people from within universities present.  Dialog is something I’m really interested in provoking and participating in. 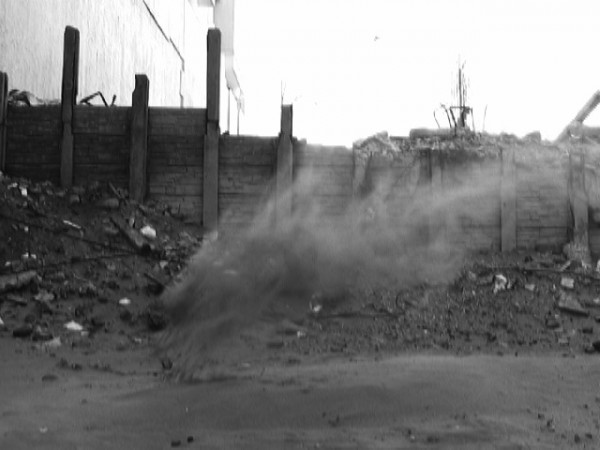 CR: Well, as of now I have eight new Facebook friends and it’s really thanks to those that I met during the exhibition.

As an artist showing within a commercial gallery, one thinks of selling in order to appeal to other works and in help with sustainability.  I do understand that selling video work is difficult.  The buyer in general wants something tangible that can be hung in their home.  So it’s kind of like just waiting around for a collector to come around who is really interested in video work specifically, or that some brave person will hear about it and they’ll be interested in showing a video while they’re having a party or something.  In this case the TV would serve as something more and wouldn’t just be turned off while people are enjoying themselves at a house party or something.  I don’t know, I’ve always thought that this type of work could be meant for more than just a cultural space.  I think it could work really well in the reception area of an airport or a hospital, for instance.

I was also excited to think that of the other things that could come from this exhibition in other cities in the States.

As far as the public goes, I hope to have provided some type of reflection about how/what we inhabit, the ephemeral, and the passing of time in our own day to day.  I am trying to make the work function as a counterpoint to a style of sedentary life in which the ephemeral is substituted for what endures and for those moments that one tries to encapsulate time.   I also like to share my style of doing and constructing with the few things that we have around us and I think it’s important to art students to understand this point because many times they can get frustrated because they can’t count on money they need in order to produce work. I think that when the money isn’t there then one should just work with the same space, and follow the philosophy of trying to do things with as little as possible. 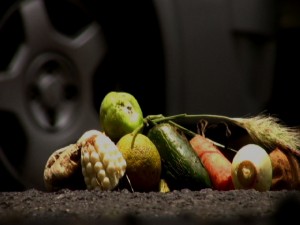 Calixto Ramirez, “Still life with Spine,” on view at Tiny Park Gallery in Austin until November 3, 2012

LMC: Up to now you have mainly been installing during your time in Austin, but could you tell me about some of your first impressions on the art and art world here in Austin.

CR: I know a little bit of Austin.  I come once or twice a year to visit my sister.  During these visits I always make myself go to the Blanton Museum, a place that I hold a lot of affection for.  It’s the place that I first saw the work of Cildo Meireles in person, and I love Brazilian art.  In this last visit I loved seeing the work of Ed Ruscha in the exhibition Go West.  In the same museum one also has access to the little bit of work from Texas that I know and recognize, such as the painting by Jerry Bywater, Oil Field Girls, from 1940. 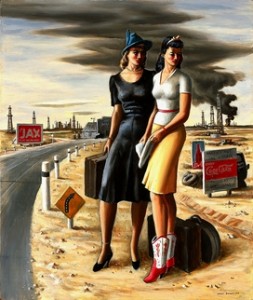 Before I also went to the space on Congress Avenue (Austin Museum of Art) that doesn’t exist anymore, or that changed locations.  I remember seeing a really good exhibition about the art movement in New York in the 70s and 80s, and another show on Andy Goldsworthy.  It’s a shame that the city has lost this space.

On one of my visits to Austin I happened to coincide with the East Austin Studio Tour.  I think I was just really lucky on that trip.  I found spaces that are dedicated to making functional objects like plates and ceramic mugs, furniture, etc.  I didn’t see anything that was bad per se, but I’m not necessarily interested in that either.  Fortunately, I went to the Mexican American Cultural Center and fell in love with an exhibition that was on view there (Heir Today, Gone Tomorrow).  I specifically remember the work of Eduardo Garcia and Santiago Forero.

I can also say that it’s really exciting to see the mutual support here, the projectors came from one place, the TV screens from others, the physical installation by Sean Gaulager at Co-Lab was invaluable, for instance.  I think this type of support has to happen in art.  One can’t isolate themselves, it’s just a stupid attitude to have, and it just shouldn’t happen.

Finally, I would love to talk about the time I walked into a class taught by Andrea Giunta.  I fell in love! Now I am thinking of Austin as a candidate to come and study a Master’s degree at UT Austin. 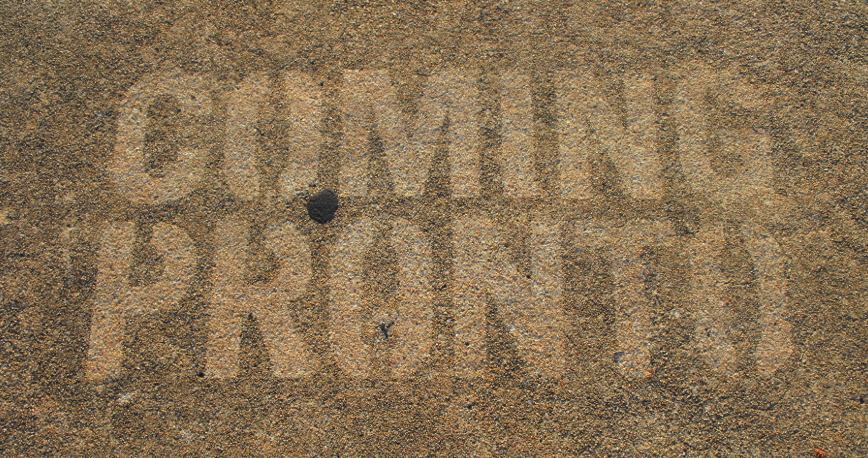 Muy Soon, From the artists meanderings around Austin

LMC: You have been wandering around and taking some photos during your time here. Could you share some of those with us and some of your thoughts on where they may go in the future? 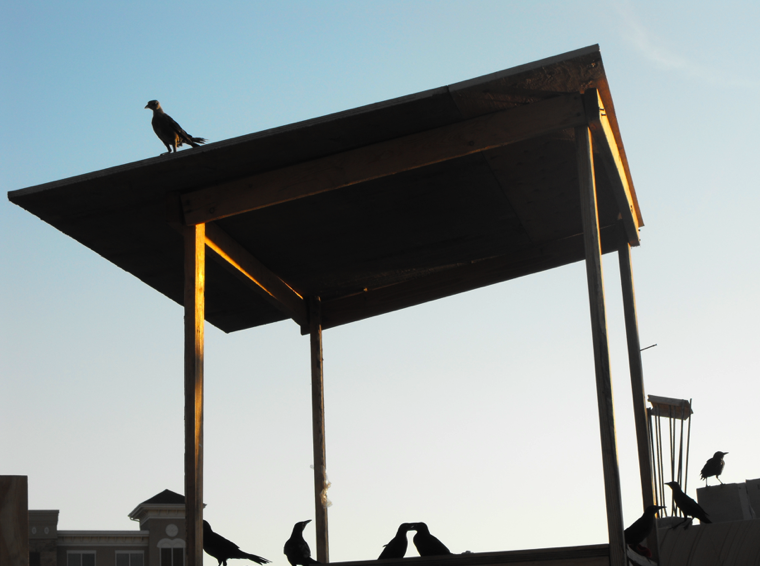 Birds easting the leftover food of Latin American Workers, photo from the meanderings of the artist around Austin

Special thanks to my dear friend Eduardo Garcia for introductions way back in July.