by Betsy Lewis May 25, 2013
FacebookTwitterEmail 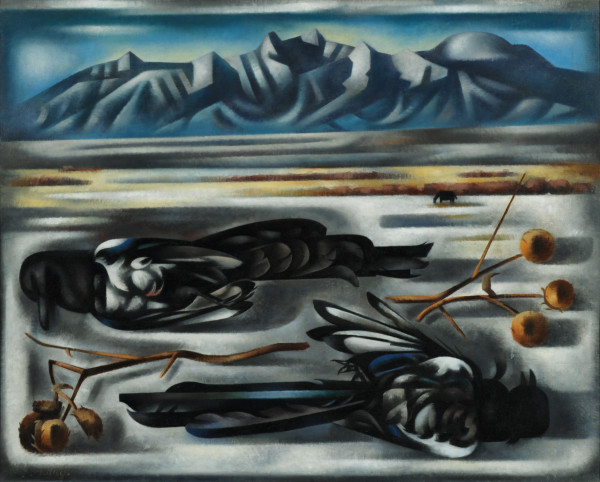 Though Loren Mozley’s impact is most strongly felt in Austin, it is the Dallas Museum of Art‘s survey of his work that compensates for the late painter’s surprising unfamiliarity to most art fans. With a gratifying profusion of large, lively paintings bathed in a modernist aesthetic, Loren Mozley: Structural Integrity gives us a Texas that could have been painted by Cézanne, if only he’d had the wanderlust to visit us.

Cézanne never worked as a night clerk in a Taos hotel in the 1920s, as Mozley did (so he could paint by day), but the monster influences of Paris and New Mexico give the selection of works at the DMA an unusual cohesion that is not just instantly appealing, but also expresses essential features of 20th century Austin. When an act of legislature created the art department at the University of Texas, Loren Mozley was almost the first one hired to build it (right after his friend Ward Lockwood). 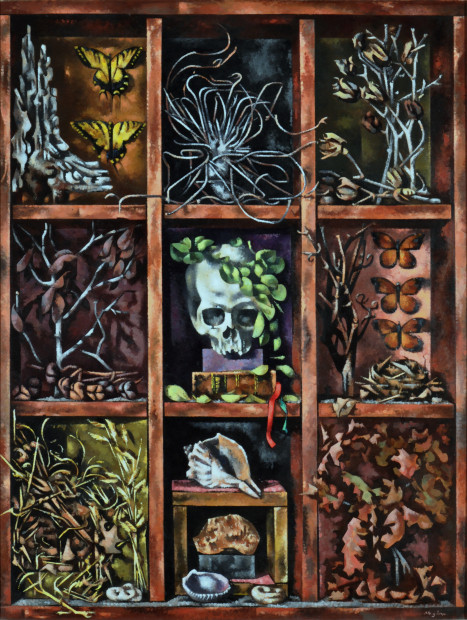 Mozley educated countless Texas-trained artists in the fundamental principles of painting and drawing, and these paintings are really freaking good. Mozley’s dynamic graphic contagions of line, form, and shadow make the climate inside each of his landscapes eerily tangible, whether the heat of a Texas summer or the bone-chilling entrapment of being surrounded by mountainous ice. Not everything is about Texas. Mozley painted scenes of California, New Mexico, and Spain as well, but the exhibition’s connecting tissues include even-handed geometries, unexpected hues, and friendly references to the Cubists and Georgia O’Keeffe. 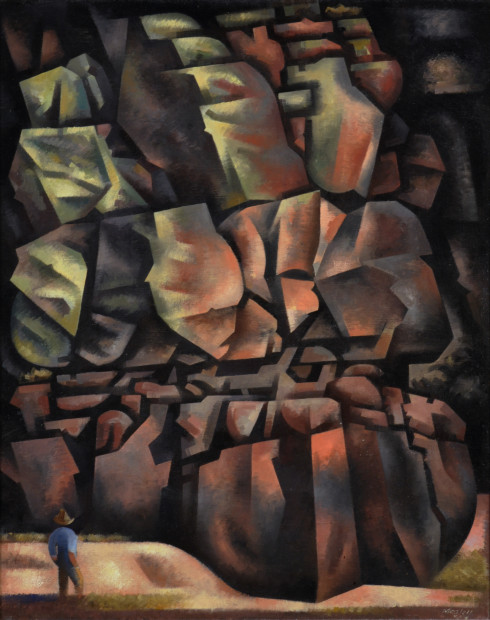 Behold, if you will, “Boy Admiring a Cliff” (1948). Between the psychedelic color field and jaggedy shards composing the cliff, which is expansive in contrast to the one teeny guy at bottom whose feet just fade away, Mozley infuses spirituality into the mind-boggling immensity of nature. I view this painting and I feel small and oddly reverent. 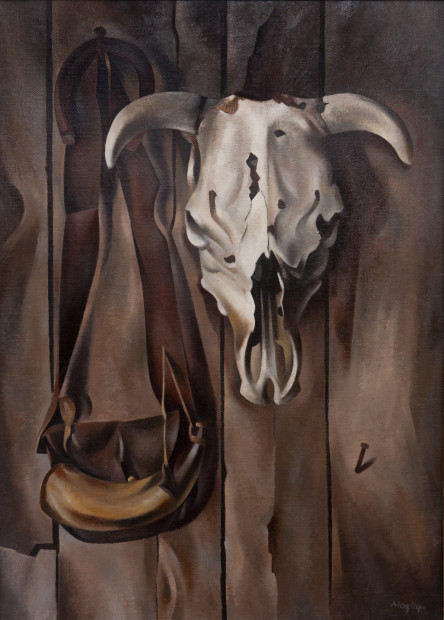 Then behold, if you will, the specter of death as luscious and perceptually charged oil on canvas. I give you four of them, because I love you: the hyper-masculine “Skull and Powderhorn” (c. 1941); “Bodegon” (1963-64), which might have met death early after failing to realize its dream of becoming a Cornell box; the lovely “Winter Fields” (1948), where nothing vertical can stay; and “Driftwood, Birdsnests, and Milkweed Pods” (1943-44), a densely composed still life of twisted, organic detritus cobbled together by chance and shadow.

Speaking of shadows, this show—housed at the halfway point along the DMA’s first floor concourse—is easy to overlook with Chagall at one entrance and Cindy Sherman at the other. Do not overlook it. 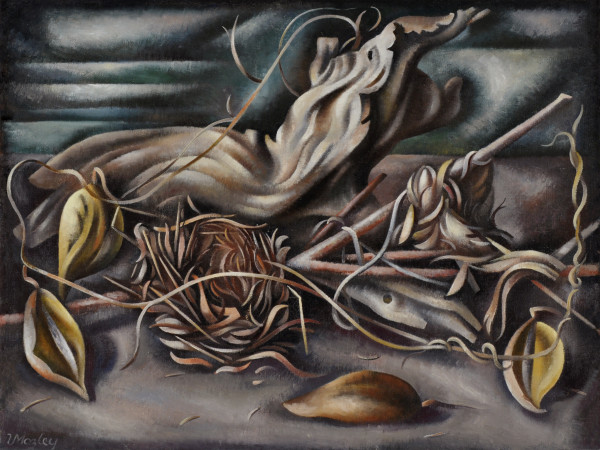 “Loren Mozley: Structural Integrity” runs through June 30 at the Dallas Museum of Art.

Betsy Lewis is a Dallas writer whose impact on the state of Texas is strongest felt in her own mind.