The Dallas Museum of Art‘s Second Floor European art galleries have reopened to the public after closing earlier this summer for a total reinstallation. It features restored works from the collection, and new presentations of Old Master paintings. There are also a few Impressionist and Modern masterworks on view,  gifted by Margaret and Eugene McDermott.

Dr. Agustín Arteaga, the Eugene McDermott Director of the DMA, states: “The McDermotts’ generous bequest was of such a transformative magnitude that we knew we would have to reimagine the entire presentation of European art in our galleries. With this new installation we provide visitors a stronger and more in-depth narrative of European art history and add richer context to visitor favorites from our collection.”

The reinstallation was overseen by Dr. Nicole R. Myers, the Barbara Thomas Lemmon Senior Curator of European Art, and was prompted by the final bequest of 32 19th- and early 20th-century artworks to the museum following Mrs. McDermott’s death last May. The collection includes works by Claude Monet, Pierre-Auguste Renoir, Paul Cézanne, Edgar Degas, Edvard Munch, Pablo Picasso, and Georges Braque, among others. 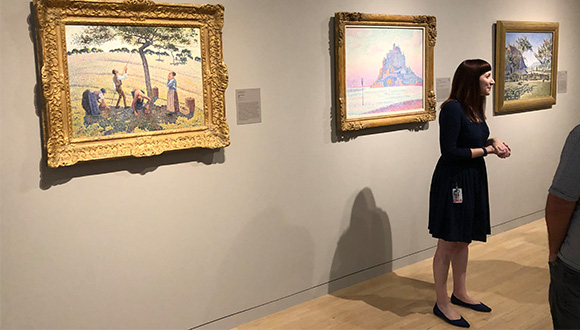 “We’re excited to be unveiling a dynamic new installation enriched by significant recent acquisitions and a more integrated approach to displaying decorative arts and sculpture,” says Myers. “Visitors will encounter their favorite works of art in fresh settings and novel dialogues, in addition to finding surprises and new discoveries throughout the European galleries.”

All of the European galleries are reinstalled in ways that transform the spaces around focused sections, from the 14 marine paintings from the J.E.R. “Bob” Chilton gift, and the Constructed Head No. 2, a sculpture by Russian avant-garde artist Naum Gabo made with one of the earliest forms of plastic, to an Impressionist still life by Paul Gauguin that is one of only two paintings the artist created using a small tambourine as a support. 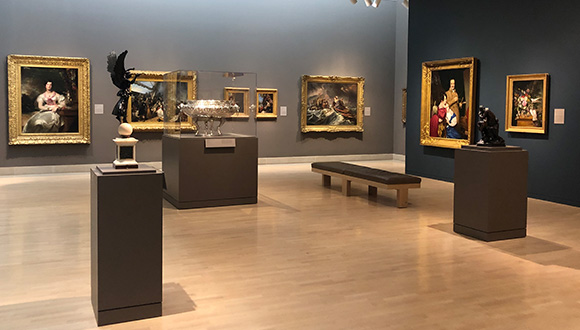 Selections from J.E.R. “Bob” Chilton’s recent gift of 14 marine paintings at the DMA. 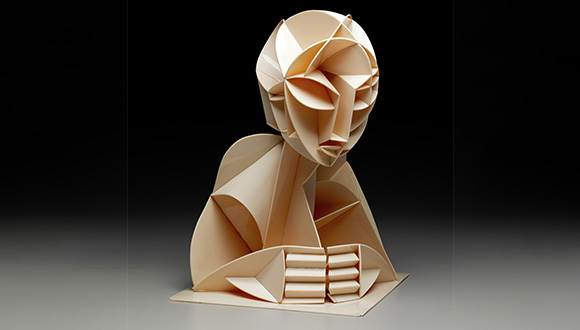 Constructed Head No. 2, a sculpture by Russian avant-garde artist Naum Gabo, made with one of the earliest forms of plastic 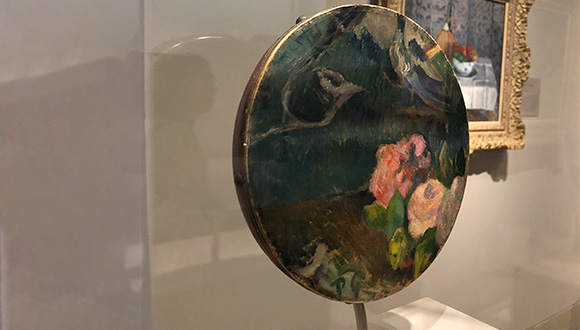 A still life by Paul Gauguin

There is also a Zig-Zag Chair by the 20th-century Dutch designer Gerrit Rietveld. 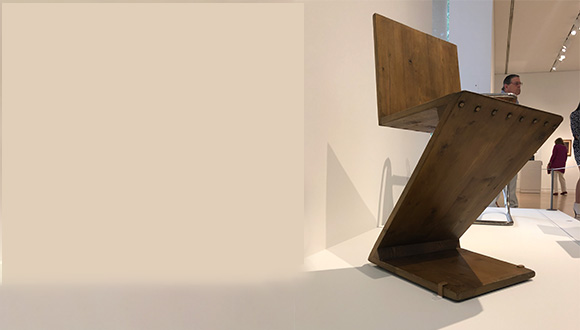 Near the exit to the galleries is a new focus exhibition of works on paper. Violence and Defiance features prints by the Expressionists who reacted to the atrocities of World War I. Among the works in Violence are selections from Dr. Alessandra Comini’s recent bequest of 39 German and Austrian prints and drawings alongside complementary works from the DMA’s holdings.

The reinstallation is accompanied by a new publication, An Enduring Legacy: The McDermott Collection of Impressionist and Modern Art, a 136-page, fully illustrated catalogue ($35) edited by Myers, with contributions by 15 additional curators and scholars, and published by the DMA.