Back in 2012, Leonardo da Vinci’s painting Christ as Salvator Mundi took a trip to the Dallas Museum of Art (DMA) where museum officials hemmed and hawed over whether or not to buy the work. Despite the painting’s (approximately) $200 million price tag, Art in America reported that Maxwell Anderson, the museum’s then-director, saw the appeal of the work, thinking it could be “a destination painting” for the museum. At the time this would have been only the second da Vinci painting on view in the US, since there are only 20 known paintings by the artist. 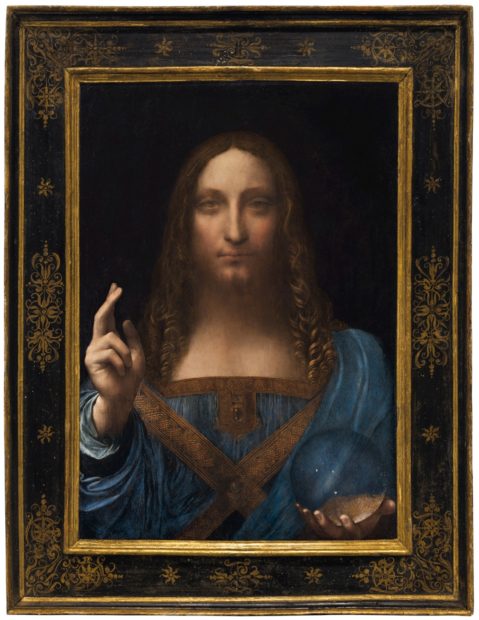 Christ as Salvator Mundi is dated c.1500 and was long believed to have been destroyed. The painting was first documented as part of the Royal collection of King Charles I (1600–1649), and was then passed to Charles II. In 1763, it was sold at auction and disappeared until 1900, when it was thought to be a painting by Bernardino Luini and was acquired by the Cook Collection, Doughty House, Richmond; by this time, Christ’s face and hair had been overpainted by another artist.

In 1958, the work came up for auction at Sotheby’s and sold for just £45. Then it disappeared again and emerged in 2005, after it was purchased from a US estate. According to Hyperallergic, after the piece was rediscovered, researchers spent six years proving the painting’s origins, and in 2011, it was included in the exhibition Leonardo da Vinci: Painter at the Court of Milan at The National Gallery, London. Most recently, The New York Times reported that in 2013 the painting was sold in a “private transaction for more than $75 million.”

The painting is set to go to auction at Christie’s evening sale of Post-War and Contemporary Art on November 15, 2017, in New York. Its price estimate is $100 million, or half of what the DMA would’ve paid to acquire the work back in 2012.

… it would have been something of a coup in terms of the big-money, high-name-recognition art world to have a da Vinci at one end of DFW and a Michelangelo at the other (at the Kimbell). But as I pointed out at the time the DMA was hopefully showing ‘Salvator Mundi’ to various possible donors, the $200 million price could, essentially, buy them a second entire museum facility.