300 Years of American Prints Opens This Sunday at the DMA 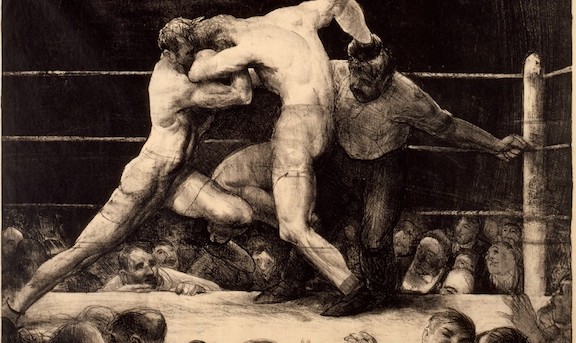 On May 28, the Dallas Museum of Art will open the exhibition Visions of America: Three Centuries of American Prints from the National Gallery of Art. The show is made up of more than 150 exceptional prints by more than 100 American artists, from “Paul Revere to John James Audubon, and from Andy Warhol to the Guerrilla Girls.” Because historically printmaking could be such an immediate and responsive medium for commenting on and chronicling the time in which it’s employed, and because for centuries prints could be disseminated with more ease than other art forms, this show is in a sense a chronological and incisive history of our nation and all that has shaped it—the good, the bad, and the ugly. This show promises to include all of these facets of our country’s history as interpreted by some of our greatest artists.

Via the DMA: “The exhibition, organized by the National Gallery of Art, Washington, DC, is the first major museum survey of American prints in more than 30 years.” The DMA is the fourth and final stop on the exhibition’s tour. Other artists featured in the show include James McNeill Whistler, Mary Cassatt, Winslow Homer, George Bellows, John Marin, Jackson Pollock, Louise Nevelson, Romare Bearden, Robert Rauschenberg, Chuck Close, Jenny Holzer, and Kara Walker. Writes the DMA: “Prints have often been a forum for social commentary and criticism as they are well suited to swiftly convey images of current events to a broad audience. Visions of America follows in this style by including works from across the centuries that aim to raise awareness and inspire change.”

The show runs through September 3, and is accompanied by an illustrated 360-page catalogue published by the National Gallery. The show was curated by Amy Johnston and Judith Brodie of the National Gallery and brought here by the DMA’s Associate Curator of American Art, Sue Canterbury. For more info, please go here.