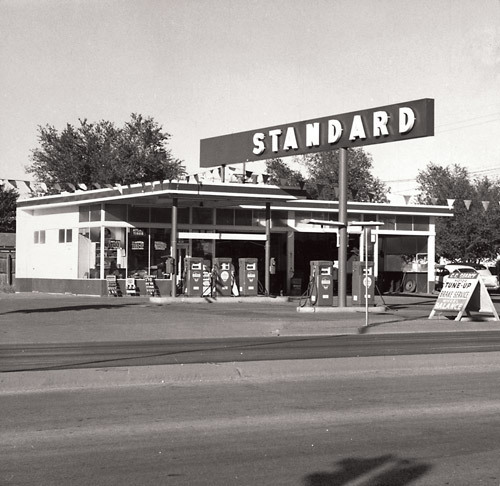 This summer, as you drive around the country, keep your eyes peeled for billboards and other signage emblazoned with gigantic images of art. As part of a cooperative agreement between the Outdoor Advertising Association of America and the National Gallery of Art, the Art Institute of Chicago, the Dallas Museum of Art, the Whitney Museum of American Art and the Los Angeles County Museum of Art, images of 50 great American artworks, as selected by the general public, will festoon ad space in an effort to. . . er, champion the art prowess of ‘Merica!

Starting TODAY, April 7, anyone—art-lover, art-hater, art-poll-saboteur—can log on to arteverywhereus.org to vote for one of 100 selections made by the respective museum curators. The final list will be narrowed down to only 50 works, the images of which will be digitally throbbed to the masses on August 4 in Times Square and then filed out to public surfaces all across the country, from California to the New York Island, from the redwood forests to the Gulf Stream Waters.

Expect the master list to include the classics: Grant Wood’s American Gothic, Andy Warhol’s soup cans; but hope for a puckish curatorial selection from somebody (please?), like something out of the Herb and Dorothy Vogel Collection, National Gallery, right?! Maybe Lawrence Weiner’s MANY THINGS PLACED HERE & THERE TO FORM A PLACE CAPABLE OF SHELTERING MANY OTHER THINGS PUT HERE & THERE, 1980. Too conceptual? Probably. But I’d slow my car down for it (whatever it looks like); that and Bruce Nauman’s Shadow Puppet Spinning Head if it was playing on one of those fancy digital billboards, DMA. . .

Let the voting begin for “the biggest art exhibition ever conceived!”