Sometimes the ground just has to shake a bit… 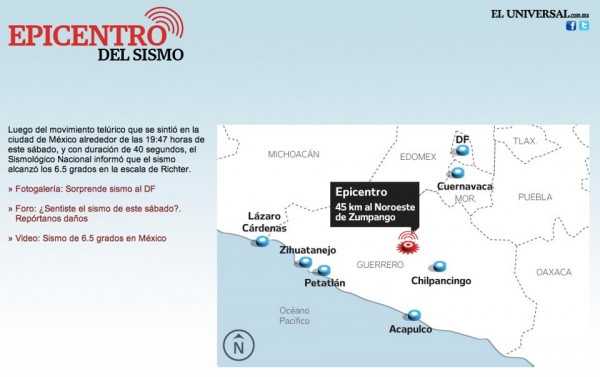 There was an earthquake a few weeks ago.  It was a 6.8 that originated from the state of Guerrero only a few hours south of Mexico City.  For those that have never been in a quake, take it from me that it’s absolutely terrifying, and this one was no exception.

Mexico City sits in a basin in the Sierra Madre Mountains. The city sprawls through the basin which was once a lakebed and whose waters were drained to allow more room for the growth of the city.  In Mexico the ground offers the most fear, and in my opinion the ground should never move.  I rely on it to be the one stable factor in life.  It’s a foundation and should act as such.

My building started moving slowly around 7:50pm. I live in the Roma neighborhood of Mexico City which is right smack in the middle of the swampland, and thus anytime a heavy truck drives down my tiny street the entire building moves from the effort it causes the ground below to recover. That evening, however, I looked out my balcony door just in time to watch the power lines begin to whip back and forth violently.  In exactly the second that I realized it was a quake all the walls began to move in opposition of one another, throwing the building an myself in every direction at once as I heard the ground erupting in anger below.  Not only was it a quake, it was a strong quake. I stumbled through my room petrified, grabbing keys, shoes and my cell phone at exactly the moment that the lights flickered and went out completely.  Now I was in the dark.  The building continued to heave back and forth from the stress of the ground below, and I ran stumbling to the front door to try to get out, but the movement had rocks the building so much that the door was stuck in the frame and I couldn’t get out no matter how hard I pushed. I was in the dark, and now stuck inside, and the earth continued to tremble.  So I stayed in the frame, gripped both sides, and resigned myself to wait it out.

Inevitably as I stood there I began to question my motives for returning to Mexico City after living in Austin for four years.  I love Austin, and I always will. But I needed space, and I needed to return to the birthplace of my creativity and intrigue.  Indeed I had become tired of all the changes in the visual art world in Austin, the lack of international dialog.  Too often we seemed more concerned about the type of beer in the keg rather than the work on the walls in an exhibition.  I needed to find my inspiration again, and I felt that Mexico City had never really been finished with me. 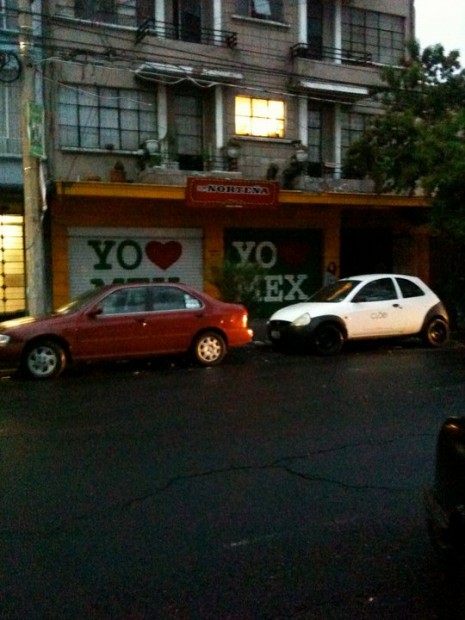 Three full minutes later the earth slowly moaned back to a steady calm then absolute silence as I stood in my doorframe in the dark. I begin to remember that this land is thousands of years old and home to histories and civilizations that predate the foundations of the United States.  As the shock settled and my hands also returned to their normal steadiness I realized that every now and again the earth must make its presence known to remind all of us why we are here and how much we love this infernal city.  That’s exactly what it is: love.  No one chooses to live through the chaos, pollution and natural disasters willingly without love and I am no exception.  This is a world of creativity and inspiration that has brought me back to Mexico City time and time again.  It is an epicenter for budding ideas and cultural shocks and I’m lucky to be here, even if the ground does tremble every now and again.