“Noble Change: Tantric Art of the High Himalaya” at the Crow Collection

At this point in the winter calendar, I’m ready to be transported far from all things Western. Noble Change: Tantric Art of the High Himalaya, a small, stunning exhibit at the Crow Collection of Asian Art in Dallas, fits the bill perfectly. Eleven tantric Buddha sculptures dating from the late 17th through the early 20th centuries are spotlighted, along with a 20-foot-long embroidered silk panel and a rare silk tapestry, or thangka. 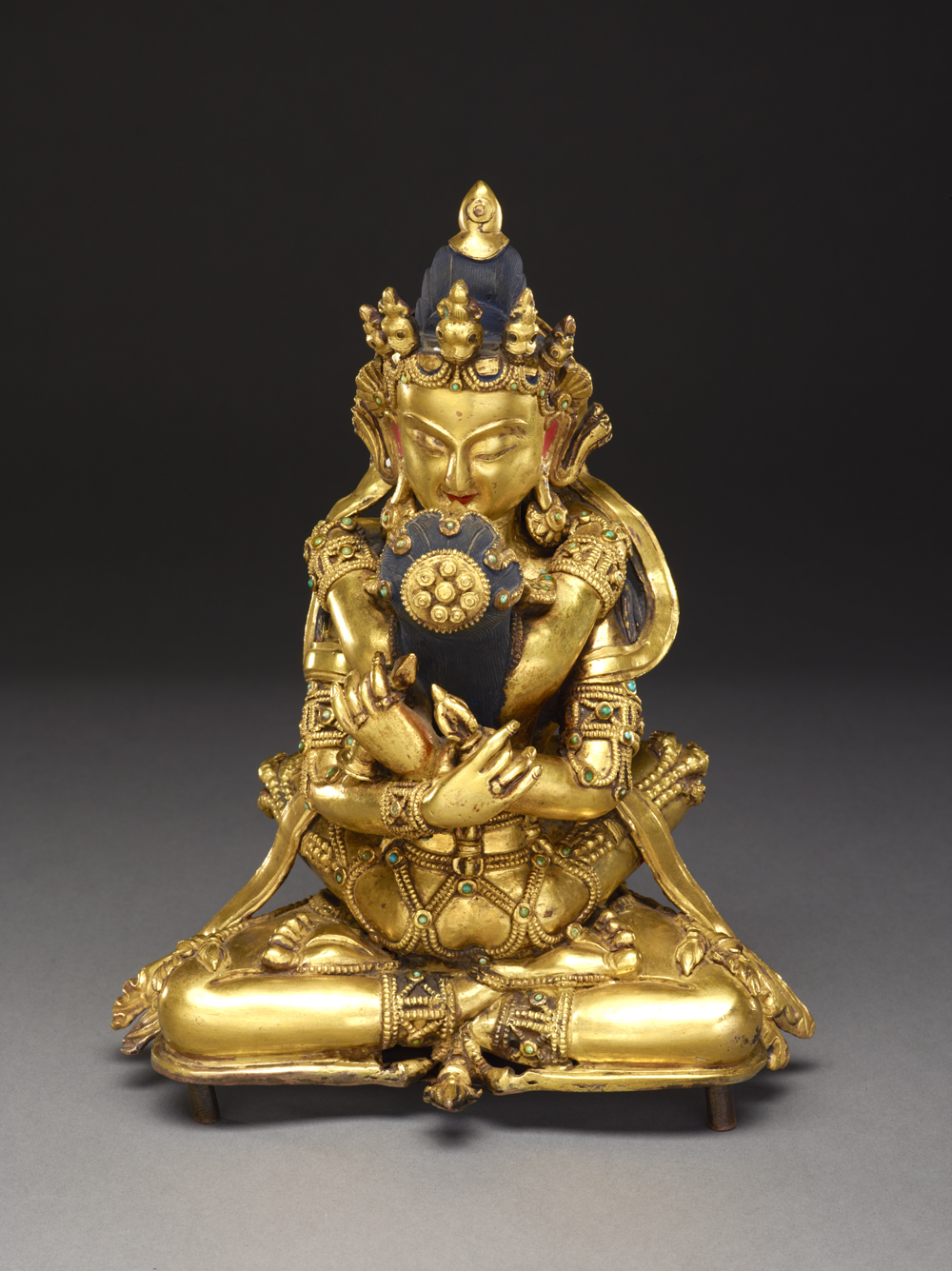 Vajradhara (Holder of the Thunderbolt) (19th century) Tibet, courtesy of The Crow Collection of Asian Art

I discovered tantric art in books, but the first time I encountered it in person was in the early 1980s at the Nelson-Atkins Museum of Art in Kansas City, where a permanent exhibition of it was stashed away on the museum’s second floor. At the entrance to the small, dark gallery there was a sign with cryptic-looking typography announcing “Tantric Art” as if you were about to enter a different dimension of reality. I can’t confirm it, but my memory says there was also a warning sign, “Adults Only.” You got the distinct impression that the art in the gallery wasn’t meant to be viewed by young audiences. One of the things that continues to be so enticing to me about tantric art is that it is so unfamiliar, so exotic. There is little in Western iconography that relates to it. With no cultural context, it’s an adventure to respond to it because there are few preconceptions. 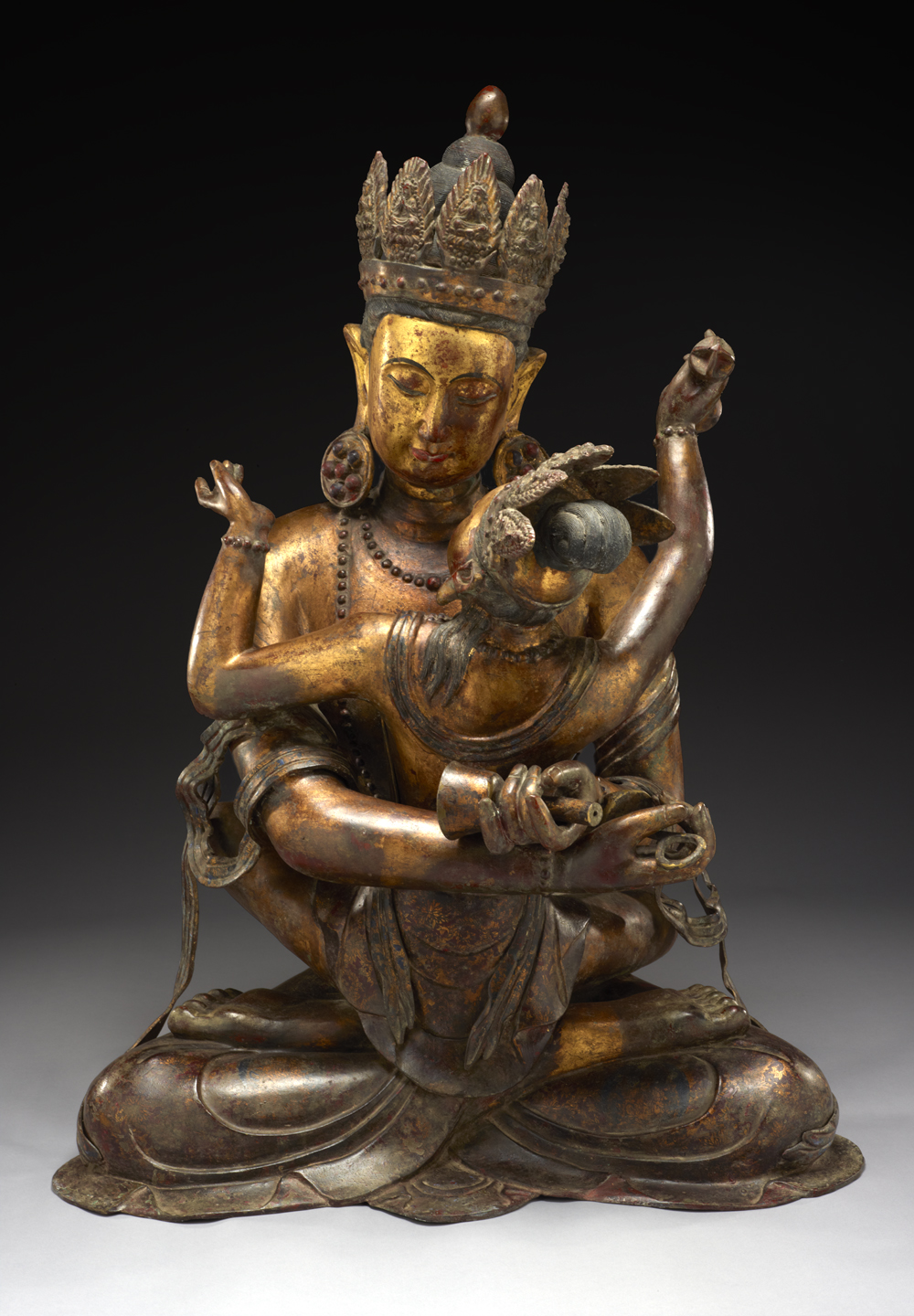 On the surface, the sculptures in this exhibit can easily be misinterpreted in sexual terms, since most of the Buddhas in the exhibit are in coitus with a female sitting enraptured in their laps.  Indeed, tantric art got hijacked in the 1960s by counter culture hippies who embraced the ancient imagery in their pursuit of the carnal pleasures of free love. But the intentions behind tantric art have little to do with sex and everything to do with supporting the tantric practices of meditation and reaching a higher consciousness through the body, mind and speech. 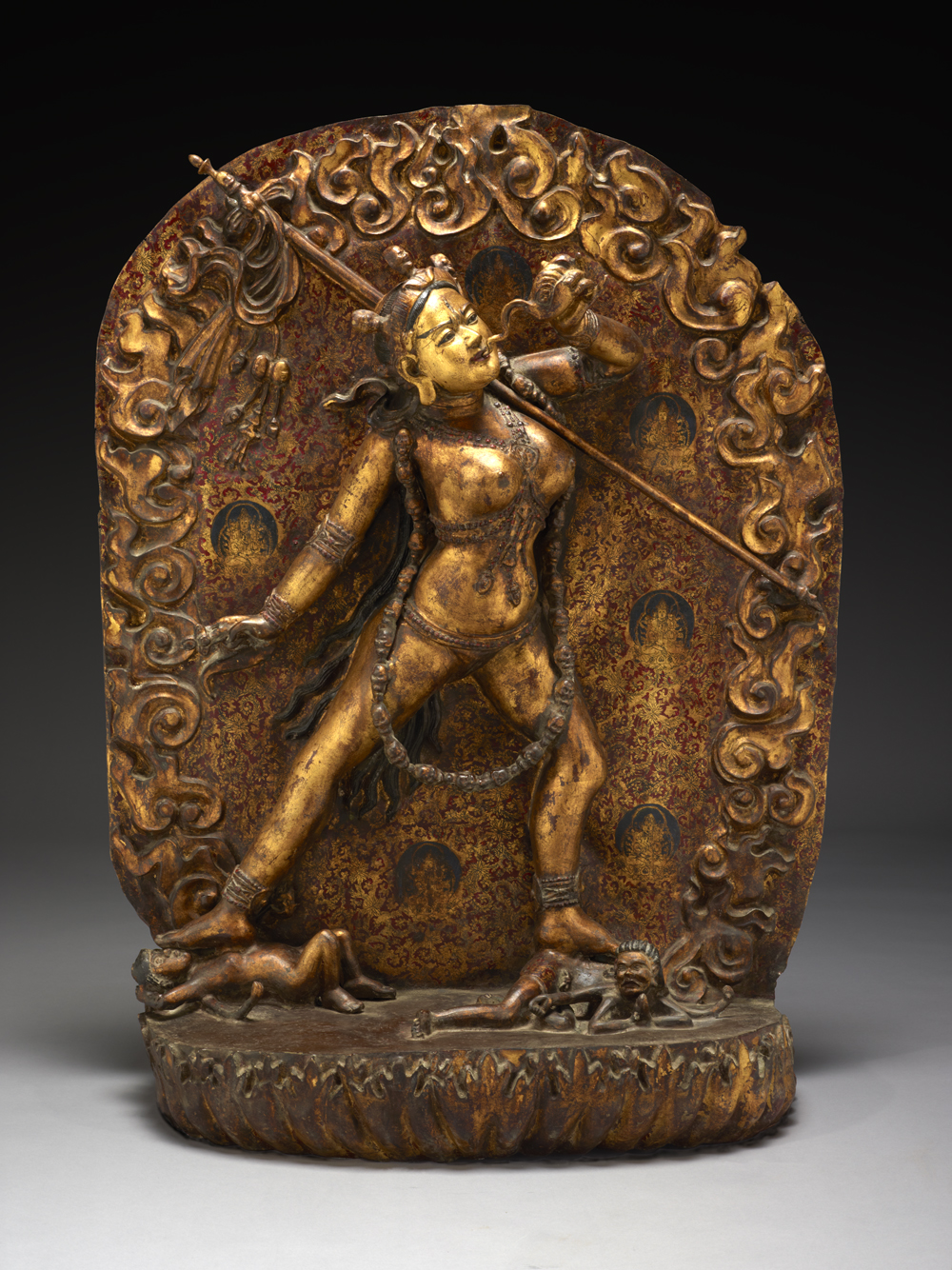 On a purely aesthetic level, there is plenty here for the layman to savor, even though tantric art objects were not created to be viewed as art per se, but rather to serve as a visual vehicle to enlightenment. For those familiar with the tenets of Buddhism, this exhibition will have a far deeper impact than for the uninitiated. The free exhibition guide does a good job of explaining tantric Buddhism and the exhibit’s objects to the novice.

The Crow Collection is a gem of a museum that’s easily overlooked even though it’s right across the street from the Nasher Sculpture Center and just a few steps away from the Dallas Museum of Art. Opened in 1998 to showcase the Asian art collection of uber-developer Trammell Crow and his wife Margaret, the museum is tucked into the back of Crow’s home office high-rise in downtown Dallas. Without fail, the museum always provides me an oasis of serenity and an unexpected surprise among the exhibits. You have to love a museum that offers yoga classes in the galleries, as the Crow does every Thursday evening.

Noble Change closes Sunday, January 6, 2014 and there’s another small exhibit of Tibetan art to catch at The Blanton Museum of Art at the University of Texas at Austin. Into the Sacred City: Tibetan Buddhist Deities from the Theos Bernard Collection includes five mandalas and three thangkas from the 15th to 20th centuries that have never been publicly exhibited. From January 9 through January 13, ten Buddhist monks from the Drepung Loseling Monastery will build in the museum’s atrium a five-foot mandala using millions of grains of colored sand. When the mandala is completed and the exhibit closes on Sunday, January 13, the monks will ceremoniously disassemble the mandala to celebrate the impermanence of the material universe.

Christina, this is great insight on Noble Change! We really loved your context of the exhibition within the Dallas art scene and your informative explanation of the content. Also thank you for commenting on our strides on wellness awareness.

Just letting you know, the exhibition, Noble Change: Tantric Art of the High Himalaya, will be closing January 5, 2014 so the exhibition will be on view all of 2013.

Also it might be a little early but the Crow Collection of Asian Art’s Mystical Arts of Tibet ceremony will be happening at our museum April 20th through the 27th. This is a week in which Tibetan Buddhist monks from the Drepung Loseling Monastery return to the Crow Collection to prepare for the creation of a magnificent Tantric Buddhist mandala sand painting.

Thanks for the correction! I updated the closing date in the post.

Christina,
Thank you so much for highlighting some very important features of Tantra. Being an artist who derives from Tantric philosophy, I keep running into the largely common misconception of tantra and its association with free sex. I am grateful that you have discussed it in your article.
Amita Bhatt