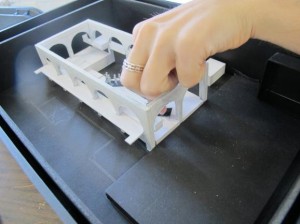 Even NY Times critic Roberta Smith, originally a supporter of LA MOCA’s bold move in appointing flamboyant gallerist Jeffrey Deitch as its new Director, admits his tenure has been disappointing. In a Times article titled “A Los Angeles Museum on Life-Support” she recaps MOCA’s problems, Deitch’s failure to solve them, and the worrisome departure of curator Paul Schimmel, and all the mueum’s artist-trustees. Her prescription for the patient: “Mr. Deitch has to become a real museum director. He has to stop organizing exhibitions — in part to create more of a firewall between his new job and his previous identity,” hire a new chief curator, and replace the artist-trustees’ they have lost, echoing an op-ed in the LA Times.