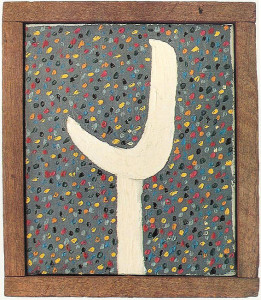 On Sunday, NY Times critic Roberta Smith issued a call for museum curators to “shake up the snow globe” and mix folk art into the enervating canonical narratives found in so many museums. Focusing on 19th century American art, where she says Americans’ strong desire for art and lack of art infrastructure led to especially vital folk production, she extends her argument into the 20th: if the self-taught Rousseau is traditionally shown alongside other modern artists, she points out, why not Henry Darger next to Warhol, or Forrest Bess next to Clifford Still?