by Paula Newton May 24, 2013
FacebookTwitterEmail 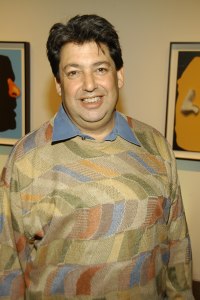 It’s been almost a year since Schimmel’s controversial and abrupt departure (some say firing, others resignation) after his 22-year tenure at MOCA, which provoked the public resignations of four major artist board members. “I believe that MOCA’s strengths have always been in relationship to the outstanding scholarly curatorial practice it had established,” said former trustee and artist Catherine Opie. “What concerns me is seeing the museum embracing more celebrity and fashion.” The provocative new MOCA Director Jeffrey Dietch had himself only recently made the opposite jump from the commercial world to the nonprofit world.

This distinction between the museum and the commercial gallery, between nonprofit and for-profit, seems to be blurring, as is discussed in an interesting article about Schimmel’s decision in Art F City. Some see this shift as positive (as in many comments on Schimmel’s recent move), some see it as negative (as was articulated during the Dietch controversies), and some are merely cautious (as stated by USC’s Fisher Museum of Art director Selma Holo to LA Times’ Culture Monster: “One understands that these worlds blend, but there are still or should be some lines that are not crossed.”)

If Jeffrey Dietch is bringing the commercial world to museums, it sounds like Paul Schimmel plans to bring a bit of a museum sensibility to the new gallery. “I think it’s going to be quite different in the respect that it will be done on a larger scale, have fewer exhibitions and a combination of selling and non-selling exhibitions,” said Schimmel to the LA Times. He said he imagines three to five exhibitions a year that “come out of the Hauser & Wirth program but feel more museum-like in terms of scale, scholarship and complexity.” And, according to their press release, “Hauser Wirth & Schimmel will place significant emphasis upon education and public programs, offering an array of on-going events and activities inspired both by its exhibitions and the local culture.”

It’s not an easy transition to make. The Art F City piece says “Homeward bound, he can avoid the push-and-pull of boards, sponsorship, and funding, and focus more on what curators want: art.”

But the idea that Schimmel isn’t moving from the frying pan into the fire in terms of financial concerns is facile, as any–and I mean any–gallerist would tell you. Having to move merch at a gallery is not the same as having to schmooze museum donors: it’s harder. (And schmoozing donors is not the main job of most curators anyway.) In Texas, Ted Pillsbury’s move from the Kimbell to Pillsbury Peters was not successful, although granted, there were different personalities and circumstances involved.

It will be interesting to see how Schimmel fares on the cutthroat commercial side. Hopefully he’ll be a brilliant success, and Hauser Wirth will become the prototype for a new kind of commercial-nonprofit hybrid, which it seems is their goal. But when (not if) the art market tanks again and it’s time to tighten belts, will Hauser Wirth be able to keep up a museum-y program?