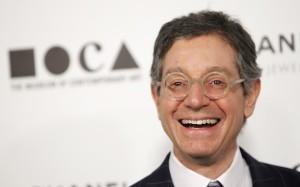 The LA Weekly reports that Jeffrey Deitch will be leaving the Museum of Contemporary Art, Los Angeles (LA MOCA). Their sources say an official announcement from the museum will be released sometime today.

Deitch’s tenure has been controversial since he was appointed director in 2010. The museum has had ongoing financial problems and, last year, Deitch fired LA MOCA’s longtime chief curator Paul Schimmel, leading to the resignation of four MOCA artist boardmembers in protest.