Schimmel Latest in Series of Staff Losses at LA-MOCA 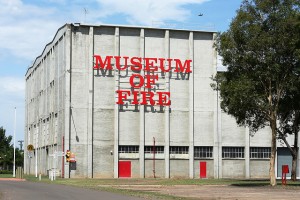 With the artworld in almost unanimous head-shaking mode over LA-MOCA’s firing (?) of respected curator Paul Schimmel, the LA Times puts the episode in context of a series of staff losses since the arrival of art-dealer-turned-museum-director Jeffrey Deitch.

Chief curator Paul Schimmel is only the latest of many being shown the door at Jeffrey Deitch’s LA-MOCA. Although late Friday denials that Schimmel had been fired, and had instead resigned remain surrounded by hovering question marks, The LA Times says, “according to museum insiders, LA-MOCA also laid off senior education program manager Aandrea Stang, senior designer Nicholas Lowie, writer/editor Erica Wrightson, and three curatorial assistants.” Another of LA-MOCA’s five curators, Philipp Kaiser, finished last month.

Then the Times tots up other staff losses: “Departures since Deitch’s arrival include education director Suzanne Isken, who became director of L.A.’s Craft and Folk Art Museum, chief fundraiser Jennifer Arceneaux, who took charge of fundraising for the Sundance Institute, and two executives who were hired under Deitch in 2011 and served less than a year before leaving without explanation: chief fundraiser Sarah Sullivan, and executive Vice President and Chief Operating Officer David M. Galligan. Other departures include Richard Weil, who would become chief financial officer under Deitch’s predecessor, Charles E. Young, and Gary Cypres, a volunteer trustee who chaired the museum board’s finance committee before resigning in February for reasons he declined to state.”

From Curator/Scholar to L.A. Gallerist: Paul Schimmel to...