Art is What You Can Get Away With: MOCAtv Launches on YouTube 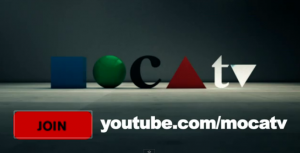 Glam director Jeffrey Deitch has added powerhouse entertainment agent Ari Emanuel to the MOCA board, and the results have been immediate: Emanuel reportedly negotiated a partner deal between MOCA and YouTube that launched MOCAtv, a channel featuring offbeat artist videos. Google, YouTube’s owner is fronting the production costs for the videos against future advertising royalties. The only text in their promo video for the series quotes Marshall Mcluhan: “Art is What You Can Get Away With.”

Blogger William Poundstone watched the nine videos on offer and called them “fun and counterintuitive without trying too hard. This could be the future of museum video.” Yesterday he guesstimated that in it’s first two days MOCAtv had generated $8.87 in ad revenue. today, it’s probably closer to $17, but then MOCAtv is just getting started.

Super dark. Chris Johansen is the most un-forvgivable artist The Bay Area ever produced. Harsh. Deitch must go.