by Colette Copeland May 20, 2012
FacebookTwitterEmail 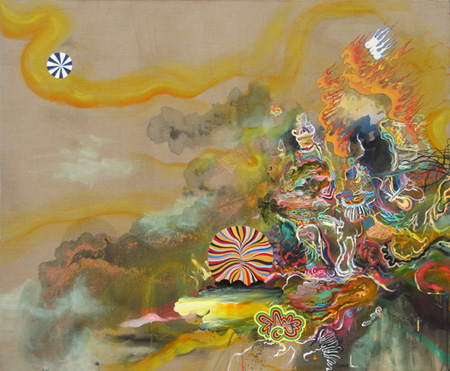 Jackie Tileston’s latest exhibition Freefall at Holly Johnson Gallery in Dallas includes paintings from 2007 to present. I’ve followed Tileston’s work for the past ten years and I never get tired of looking at it. The artist draws inspiration from a variety of sources including abstraction, physics, traditional eastern imagery and contemporary visual culture. Co-mingling such disparate sources would prove fatal for a less-skilled artist. Yogis are drawn to her work because they sense a spiritual component. Painters always comment on her unusual use of space. I’m most interested in how Tileston creates worlds where discord and harmony coexist. 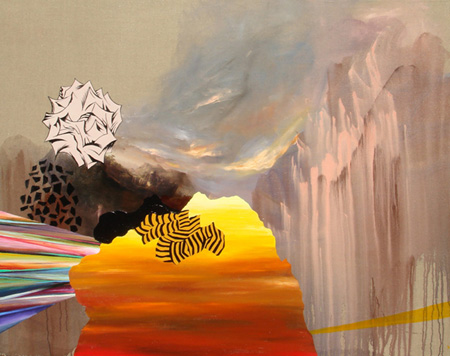 In the works on display, Tileston paints with oil, powdered pigment, oil enamel and image transfers on brown linen canvas. Vibrant bursts of color exist alongside wide expanses of bare canvas, sometimes shimmering with gold dust. The work Suspension of Disbelief (2007) represents the chaos and peace found in so many of Tileston’s paintings. An explosion of color ruptures the luminous landscape. The background reminds me of the quality of light and expansiveness found in a Thomas Cole painting. The eruption of color suggests a bomb sending out paint shrapnel. A cluster of small, brightly painted circles references pop (art) or Japanese anime. The cluster doesn’t seem to fit, and its presence adds humor to the work.  In Tileston’s personal cosmology, the paintings present a utopian space, not one birthed from violence. 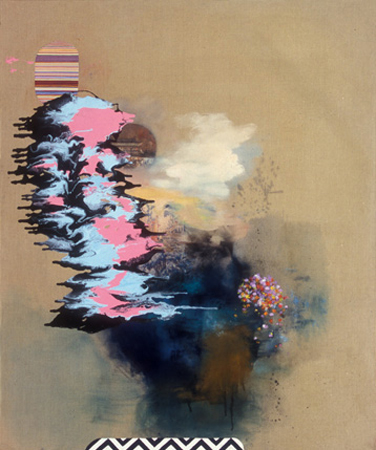 Another aspect to Tileston’s work is her blatant rule-breaking. She acknowledges art history, but is not bound by its conventions. She interweaves styles, cultures and materials in a way that seems at odds. She can sling theory with the best of them and her titles playfully reference ideas from theorists such as Baudrillard, Batchelor and Foucault. Yet the work is not inaccessible to those unfamiliar with the ideas. In Freefall, a small rectangle of a painted striped pattern appears at the top of the canvas and a black and white zigzag pattern borders the bottom. A large area of bright pink, blue and black enamel obliterates the harmonious landscape, much like an oil spill. The effect should be incongruous, but it works. 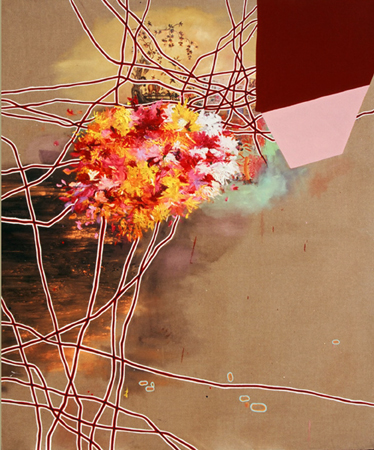 The term “free fall” refers to the trajectory of a body where weight is the only force acting upon it. Free fall is also used to describe a jump without a parachute. At some point in the fall, the skydiver will feel supported by a cushion of air. The themes of risk, weightlessness and trajectory are apt metaphors for Tileston’s work. Tileston embraces the free play and freedom that comes from the current and contradictory state of contemporary culture. 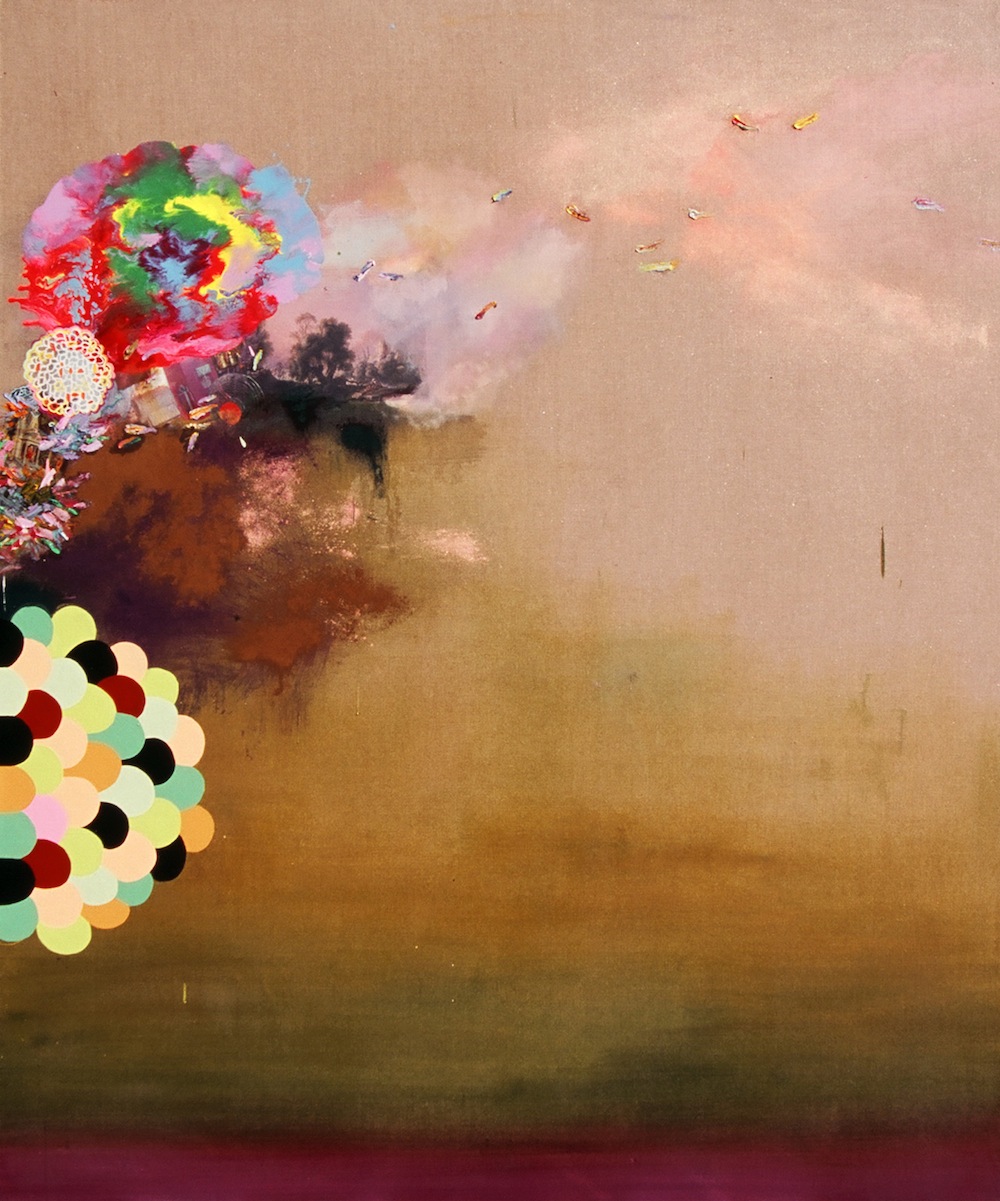