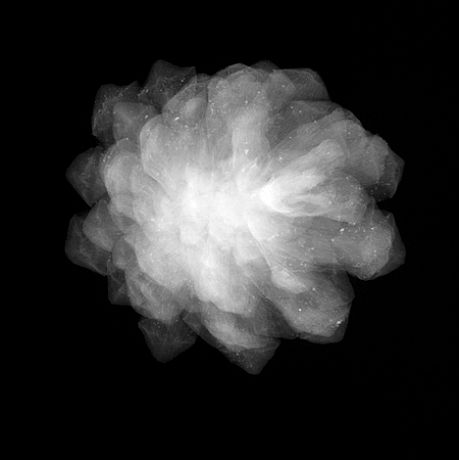 When I was little my nana had a picture of Jesus that looked directly at you no matter where you were standing in her bedroom. It was terrifying, a touch magical and very cool. Dornith Doherty’s Millenium Seed series glows at different intensities and sometimes totally different colors depending on where you are standing in the room. With science in place of dogma, we have all the magic and none of the guilt (sorry, Jesus).

Doherty has a fascinating history of photographing seeds – she has documented the collections at both England’s  Royal Millenium Seedbank and the Svalbard “Doomsday” Seed Vault, storage units for the planet’s agricultural wealth in case of apocalypse or some other botanical holocaust. But it’s her artistry with digital manipulation that gives her work an otherworldly, science-fiction feel. Some subjects are monochromized and reassembled in rows; others are endowed with a range of blues and greens against black, structured like a giant flattened Joseph Cornell box. The result looks like a mixed collection of medical x-rays and historical photographs of mysterious living creatures, which when you get right down to it, is exactly what they are.

About half of the works in stockpile are of a single ghostly image against black. Side by side in the gallery, they could be dreamlike calligraphy inscribing some ancient message. The starkness of black and white at this scale removes the seed from its agricultural context and creates an abstraction that looks, quite literally, as if it is disappearing before your eyes. And the closer you stand to the pieces, the more beguiling they become – up close, “Yuma” looks three-dimensional. I take for granted that this tiny, extraordinary world will always be there because all of our lives are dependent on it. I never stop to consider its beauty or fragility, and Doherty’s talent for recasting the seeds as spectral visions made me stand still and, strangely, listen to my own heartbeat. 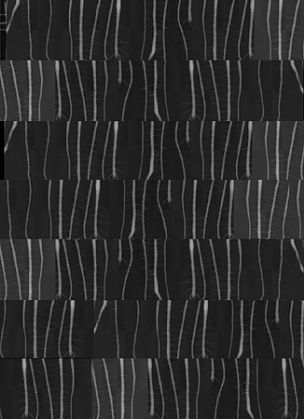 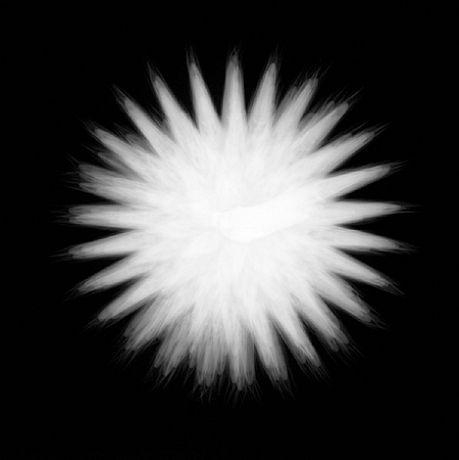 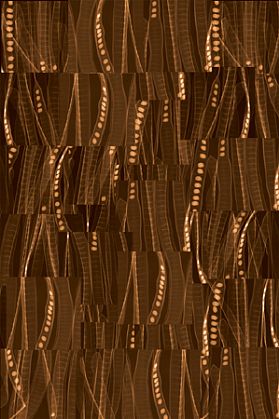 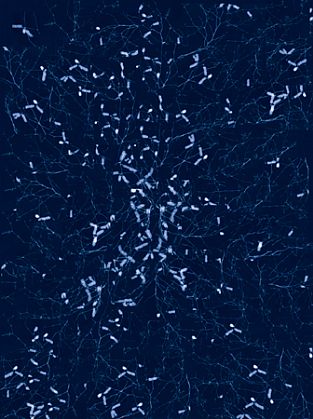 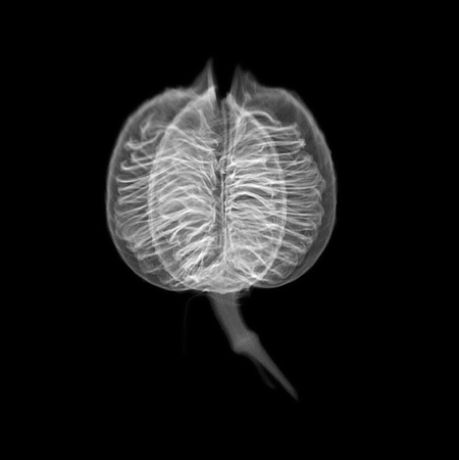 All images courtesy of the artist and Holly Johnson Gallery.

Betsy Lewis is a Dallas writer and pescetarian.