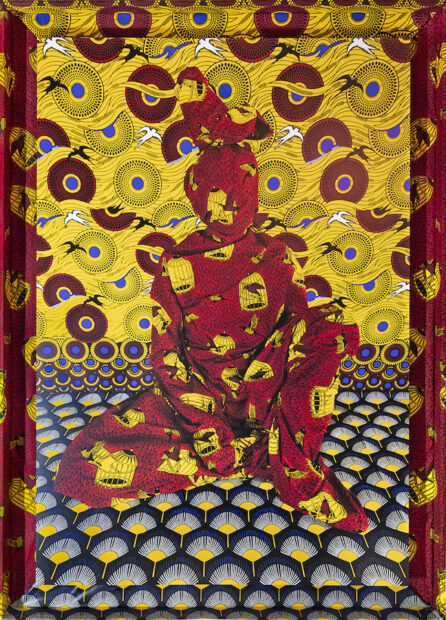 “In a spectacular finish to its Spring 2021 programming, Foto Relevance is pleased to announce Cartographies of Pattern, the gallery’s debut solo exhibition of works by Alia Ali. Featuring selections from Ali’s FLUX, FLOW, INDIGO, and حب (ḥub) // LOVE series, Cartographies of Pattern dives headfirst into the intricate and often unreconcilable political, historical, and economic legacies of textiles. Considering everything from the expansive global trade routes traveled by certain fabrics, to the classification and nomenclature of particular prints, to the communicative potential of a pattern’s symbolism, Ali ushers viewers into a conversation about colonialism, cultural cross-pollination, and borders that simultaneously unite and divide people.” 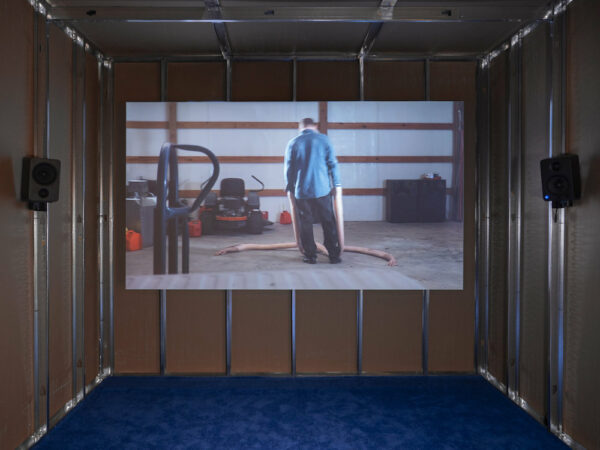 “Ryan Hawk’s exhibition distorts of trespass showcases the artist’s continued analysis of masculinity and whiteness within both popular and sub-cultural modes of expression. Intentionally manipulating the common judicial term ‘torts of trespass,’ the exhibition’s title serves to mirror the complex and contradictory forms of expropriation addressed in his work.

“Central to the exhibition is Hawk’s 2019 film installation Untitled (blue), in which a 1958 heartache-ballad-turned-millennial-pop song is taken to score a mock horror narrative that scrutinizes traditional representations of engendered emotional capacities. Recent sculptures in silicone will also be displayed, such as tattooed ‘flesh-objects’ that confront appropriations of marginality and dispossession as well as abnormally long appendages that disorder subversive performances of power and privilege.

“Spanning many mediums and approaches, Hawk exhibits in distorts of trespass an invitation to transverse the borders of our collective imagination and recognize the mechanics of fear that uphold systems of domination and oppression.” 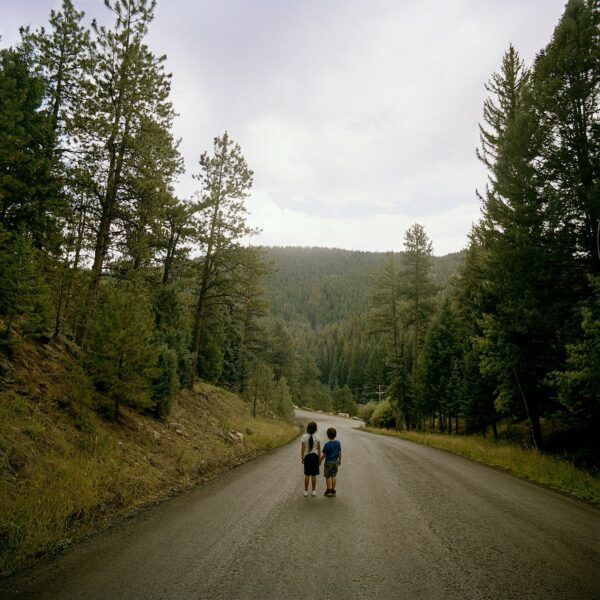 “Holly Johnson Gallery is pleased to announce the opening of MISTY KEASLER: SANCTUARY DISPATCHES, an exhibition of fourteen new photographs. An open house for the artist will be held August 28th, from 4 to 8 pm. The exhibition continues through Saturday, November 13, 2021.

“In this new body of work, Misty Keasler has created a sanctuary space for her family during this transformative moment.  These poetic and reflective film images are created with her Hasselblad camera. Posed and sometimes digitally stitched – these photographs are a poignant recollection of grief, longing, and solitude that allow an intimate look at her family’s isolation during the pandemic.” 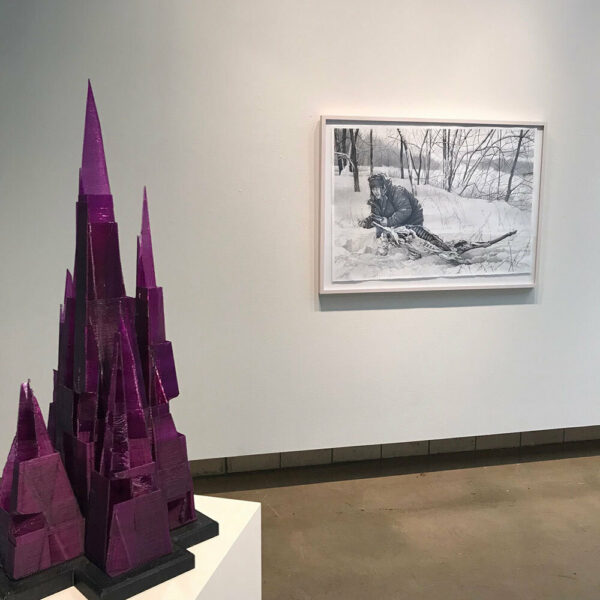 Installation view of The Fall of Civilization: A National Juried Exhibition. Image via LHUCA.

“Virtually all civilizations have suffered the fate of falling, regardless of size or complexity. Some revive and transform, while others never recover. “It has been said that civilization is twenty-four hours and two meals away from barbarism.” ― Neil Gaiman

From Louise Hopkins Underwood Center For the Arts (LHUCA):

“Juried by Alicia Eggert. The exhibition will consist of works that represent modern, historical, or future collapses in civilizations.

“Juror Alicia Eggert is an interdisciplinary artist whose work gives material form to language and time, the powerful but invisible forces that shape our perception of reality. Alicia is currently a Presidential Early Career Professor of Studio Art and the Sculpture Program Coordinator at the University of North Texas.” 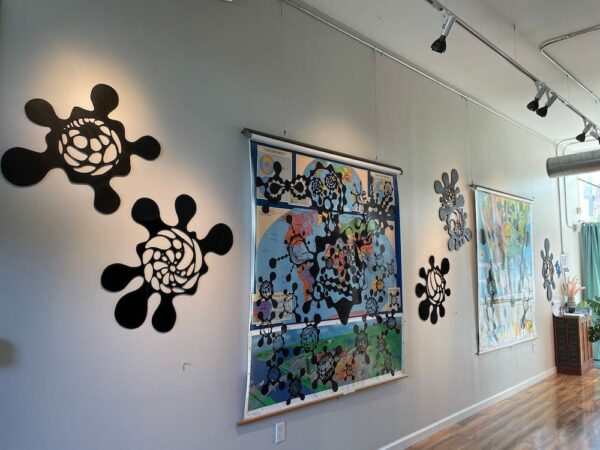 “Are you prepared to scratch your head in wonderment? Step right up into Steven Bernard Jones’ world of radical acceptance and storytelling. Zero to Sixty might feel fast, but as a sixty-year-old artist, he’s just warming up. It’s a journey of rage, turned on its head.

“Mr. Jones seeks bliss. He seeks idyll time to doodle, to be free, to be content. He calls this a political statement for a black man in the 21st century. His doodles take over, covering the path we walk, the land we call our own. We seek direction, guidance from maps. His doodles speak louder, giving us the direction we need. They emerge into the physical realm, from the surface of maps to sculptural drawings, to sculptures.

“There is no denying that there is plenty to be angry about, but he allows the mind to wander, free of constraints and judgment. Using a cattle marker (a not so subtle reference to chattel slavery…) at times, or a sharpie marker and a teacher’s discarded maps, he reclaims the whistle in his strolling doodle across the vast landscape of America and beyond.

“May he guide us all on a righteous path of joy.

“Steven Jones is a former department head of sculpture at Florida State University, Tallahassee. He has art taught for more than twenty years at UT Austin, Huston-Tillotson College, Austin Community College, and Texas State University. He has had residencies in Florida and Haiti and currently resides in Auburn, Alabama.”