FOCUS: KAWS at the Modern Art Museum of Fort Worth 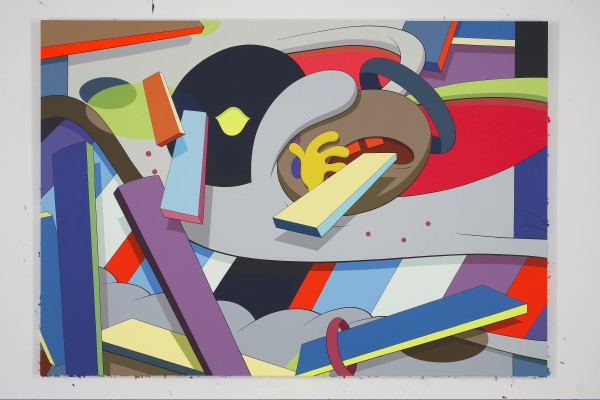 Brooklyn artist KAWS hurls the onlooker into a cartoon’s daytime nightmare with effectively targeted film and television favorites, calling forth a sense of the unexpected that is fun and funny but also disturbing and super-creepy. You might call it macabre (which is a pretentious word, like pescetarian).

KAWS (whose real name is Brian Donnelly) developed his style first as a randy graffiti youth in Jersey City, then while tagging poster ads on the streets of New York City as a college student. But it is pop culture animation that provides the nucleus of his oeuvre. Many incriminating details of a manchild watching too much television exist in the work – perhaps the onlooker is guilty of the same passive crime – as well as intimations of the corporate peddling and promotional tack epitomized by the toy inside the Happy Meal. SpongeBob SquarePants, the Simpsons, the Smurfs, and a particularly gruesome Mickey Mouse are influential, and a big freaky rabbit that might be inspired by Bugs Bunny but menacing enough to make me think of Donnie Darko. 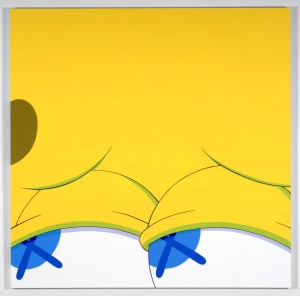 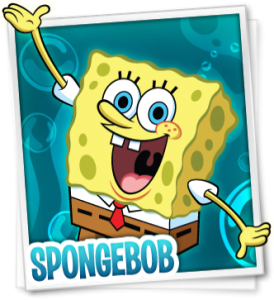 The exhibition alternates between two angles: a you-inside-the-cartoon view of the inner-life of storytelling, and abstracted perspectives of familiar characters mitigated by death elements: isolated teeth and engorged tongues, the X where once was an eye, a rat poison label.

With Companion (ORIGINALFAKE), (2011), the Mickey Mouse icon is reconstructed as a mammoth grey monster, half dead with an X for an eye and half skinned alive, one bulging eye in place. (I am quite sure I missed the humor of Companion; two days before seeing the exhibition, a huge Texas rat attempted to pirate dog food from my kitchen, whereupon my Shepard mix attacked, I shrieked, and my dog retreated. She disabled it but didn’t kill it, so I waited a very freaked out five hours for my boyfriend to get back from West Texas to finish it off and dispose of it. That’s five hours inside a duplex with a half-dead/half-alive rat. Then 48 hours later, I am in Fort Worth looking at Companion. So no, I didn’t find that particular artwork amusing but I do applaud KAWS’ verisimilitude because I remember my rat looking exactly like it.) An image of Companion is shown below, but, as always, digital images cannot substitute (or in this case even prepare you) for the experience of sharing space with art. This sucker is eight freaking feet tall. Gross. 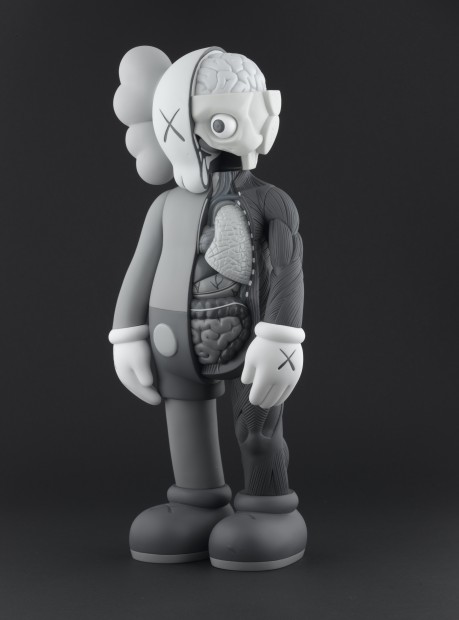 I didn’t exactly have a good time in FOCUS:KAWS. I would call it good schtick by a man smart enough to capitalize on opportunity, but I still recognize an impressive accomplishment of fuck-you-Disney set design. 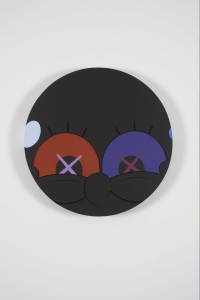 FOCUS: KAWS was curated by Andrea Karnes and runs through February 19th at the Modern Art Museum of Fort Worth.

Betsy Lewis is a pretentious Dallas writer and pescetarian.

Good write up. I wont go to that show for free.

[…] Recently, I had the privilege of seeing the KAWS exhibit in Ft. Worth. It was a relatively small display compared to his other shows but enough was there to give you feel for his work. Aside from making giant, half skinned martian-looking statues and paintings of spongebob with his eyes x’ed out, he also sells branded limited-edition toys and high-end fashion. Read a review of the show on glasstire. […]