by Christina Rees May 28, 2015
FacebookTwitterEmail 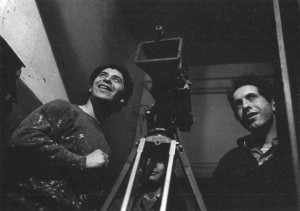 The schedule has been released at looks great; see it here. Even if you’ve been able to see some of this work before, seeing it in the context of a museum crowd should add something to the experience, especially since discussions will follow each screening. The series kicks off Tuesday, June 2 with Short Films of Robert Frank.

Via the Modern: “Selections for screenings are related to or recommended by artists and speakers who have participated in the lecture series or are otherwise affiliated with the museum. There is nothing particularly prescriptive about the line-up, but as with the lecture series, themes can be found and connections made. To create a full experience, these presentations include a brief introduction and opportunity for discussion following the films.”

These screenings are free and open to the public. Seating is first come, first serve.