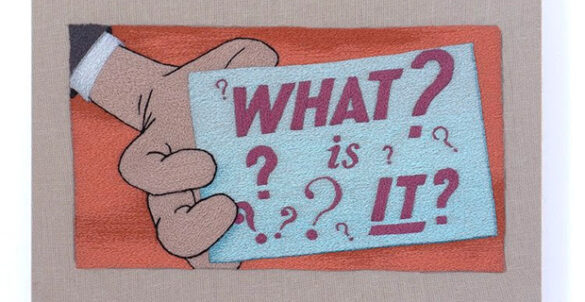 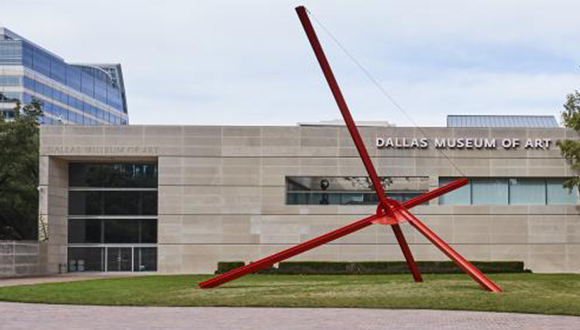 If great cities are measured by their cultural institutions, Fort Worth is extraordinary. Its Cultural District is compact, pedestrian-friendly and internationally famous for the five renowned museums lined up right next to each other. Designed by a stellar roster of blue chip architects, including Pritzker Prize winners Philip Johnson and Tadao Ando, each building has its own distinctive style and character.

Fort Worth is a visually sophisticated city that makes for a great weekend art getaway. Start off on a Friday night at the Modern Art Museum of Fort Worth. The galleries are open until 8 p.m., films are shown at 6 p.m. and 8 p.m. and the museum’s topnotch restaurant serves dinner until 10 p.m. Plus, the awe-inspiring Tadao Ando architecture is at its most dramatic after dark.

The museum’s immense 42-foot high lobby is epic in scale and leaves no doubt that this is one of the largest modern art museums in the world, but gives no hint that it’s also the oldest art museum in the state. Dial back to 1892 when an ambitious group of local women was granted a state charter to start the Fort Worth Public Library and Art Gallery Association. For decades, the Fort Worth Museum of Art, as it was first named, operated out of the downtown library and was the only art game in town.

In 1954, the Fort Worth Art Center was built in the Cultural District to showcase the museum’s permanent collection that had grown to include everything from 19th century landscapes to modern sculpture. When the nearby Amon Carter Museum opened in 1961 and the Kimbell Art Museum in 1972, a handshake agreement between the three museums was made and still exists today. The Amon Carter collects the art of the American West and American art until 1940; the Kimbell concentrates on non-Western art and European art up to 1920 and the Modern Art Museum of Fort Worth, as it was re-named in 1987, collects European art since 1920 and American art since 1940, from Andy Warhol to Gerhard Richter to Cindy Sherman.

Right next door to the Modern is the sublime Kimbell Art Museum which also keeps its galleries and restaurant open late on Fridays with a live jazz combo.

Even though Louis Kahn‘s exquisitely vaulted Kimbell Art Museum opened almost forty years ago, it remains a showstopper of a building. Considered to be among the  best designs of Kahn’s long and distinguished architectural career, the highly regarded building and its inspired use of natural light is a work of art unto itself and has changed little since it first opened. A major expansion project designed by Renzo Piano is underway and will be completed in 2013. The museum is open to the public throughout the construction process.

The Kimbell’s hallmark has always been quality over quantity. The permanent collection is small for a museum of its stature, less than 350 works of art, and concentrates on masterpieces of European painting and sculpture, as well as outstanding examples of Pre-Columbian, Asian and non-Western art and antiquities, going back to the third millennium B.C. The museum has one of the biggest acquisition budgets in the U.S., which explains why their holdings include major works by Fra Angelico, Caravaggio, Poussin, Velazquez, Bernini, Rembrandt, Goya, Monet, Cezanne, Picasso, Mondrian and Matisse. Michelangelo’s first painting, “The Torment of St. Anthony,” is one of the museum’s most recent acquisitions.

While the Modern and the Kimbell often get the splashy headlines, the Amon Carter Museum of American Art more than holds its own with an enviable American photography collection, one of the largest in the country, as well as the most important collection of paintings, drawings and sculptures by Frederic Remington and Charles M. Russell. And there’s the elegant Philip Johnson-designed building to boot.

The Carter was built by the Amon G. Carter Foundation to house the 400 Remington and Russells collected by the self-made Carter who became interested in them through his friend Will Rogers, the celebrated cowboy, humorist and film star of the 1920s and 30s.

Only in Fort Worth will you find a museum devoted to the women of the American West. The National Cowgirl Museum and Hall of Fame has in its vaults more than 6,000 photographs and 5,000 artifacts, vintage rodeo costumes and historic clothing items. Recent exhibitions have included historic Texas flags and a unique look at Georgia O’Keeffe through her sketchbooks, camping gear, clothing and photographs.

Architectural buffs have been flocking to the Fort Worth Museum of Science and History‘s new campus designed by the internationally acclaimed architectural firm, Legorreta + Legorreta. Ricardo and his son Victor designed a world-class series of buildings in their signature bright colors, considerably raising the bar in the Cultural District.

Outside of the Cultural District, there is one more museum you don’t want to miss, especially if you’re a fan of Remington and Russell. The Sid Richardson Museum is tucked into a gallery-sized space in downtown’s Sundance Square and features masterworks from the private collection of Texas wildcatter Sid Richardson. Before he died in 1959, Richardson assembled an important collection of paintings by Frederic Remington and Charles M. Russell, along with a number of other Old West artists. The group of Remington nocturne paintings is a particular standout.

GALLERIES AND BEYOND
Even though Fort Worth is one of the fastest growing cities in America, it still feels like a small town and is easy to navigate, so venture out beyond the museums and check out the rest of the city’s visual arts scene. There are a number of interesting non-profit and commercial galleries just outside the Cultural District, including the new Brand 10 Art Space. Don’t forget that Fort Worth is the home of Texas Christian University which has two public art galleries, Fort Worth Contemporary Arts which focuses on innovative contemporary art and Moudy Gallery, a teaching gallery that shows the work of T.C.U. students as well as professional artists. A list of noteworthy galleries is at the end of this article.

Some of Fort Worth’s most rewarding art encounters are in the great outdoors. The Fort Worth Botanic Garden has an extensive collection of outdoor sculpture installations, many of them clustered around the conservatory. While you’re there, it’s worth visiting the Japanese Garden which is designed to be strolled through, covering more than seven acres with a classic 15-stone garden and a moon-viewing deck.

Entering the Fort Worth Water Gardens is like walking inside an enormous water sculpture. Designed by architect Philip Johnson and John Burgee in 1974, the “processional” complex covers four city blocks next to the Fort Worth Convention Center and includes three separate pools, an outdoor theater and over 500 species of plants and trees.

PUBLIC ART
Scattered throughout the city are historic commemorative statues and privately funded outdoor murals and sculptures going back to the 1930s. Take time to walk around the Will Rogers Memorial Center and discover legendary Fort Worth architect Wyatt Hedrick’s Moderne architecture, adorned with enormous W.P.A. tile murals designed for the 1936 Texas Centennial celebration. If you’re lucky, you might run into one of the many international horse shows held there throughout the year.

In 2001, public art got a shot in the arm when the City of Fort Worth adopted a formal public art program, funding it with 2% out of the city’s annual Critical Capital Needs budget. Large-scale works from Donald Lipski and Vernon Fisher were the first two commissions and are installed inside the Fort Worth Convention Center. Fort Worth Public Art has a useful guide with maps and photographs of all the city-owned public art posted on their website (fwpublicart.org).

ARCHITECTURE
Sundance Square, a 14-block entertainment district in the heart of downtown, has a number of restored landmark buildings designed by notable historic and modern architects. One of the oldest is the 1889 Land Title Block building, the work of another venerated Fort Worth architect, Marshall Sanguinet. It’s now the home of the Flying Saucer, part of a chain of draught beer emporiums. Less than a block away is Bass Performance Hall, designed by David Schwarz, which opened to great fanfare in 1998. The two 48-foot angels protruding on the side of the building have become local icons.

The latest architectural feather in Fort Worth’s cap is the LEED Platinum building designed by H3 Hardy Collaboration Architecture LLC for the Botanical Research Institute of Texas (BRIT), an international cultural and scientific center for conservation. It’s the first building in the city to install a “living” roof, covered in flowering Fort Worth prairie plants.

For a comprehensive listing of other significant buildings, visit fortwortharchitecture.com.

EATING
Most museum restaurants have good food but in Fort Worth they have great food. The casual Buffet Restaurant at the Kimbell serves an excellent blackboard weekday lunch and dinner on Friday nights. The Modern’s Cafe Modern, named by Gourmet Magazine as one of America’s best restaurants, is known for its locavore menu and is open for lunch during the week, supper on Friday nights and brunch on the weekends with a full-service bar.

The Cultural District is packed with interesting restaurants. Blue Sushi Sake Grill is directly across the street from the Modern as is the first-rate Eddie V’s Prime Seafood. Just two blocks from the Modern is So7, the city’s bustling multi-million dollar live-work-play entertainment district where you can choose from gourmet hamburgers at Love Shack So7, high-concept Southern at Tillman’s Roadhouse and healthy Mediterranean fare for both vegetarians and carnivores at Terra Mediterranean Grill. Meanwhile, the down-home Fred’s Texas Cafe offers some authentically funky atmosphere.

SLEEPING
Recommended overnight accommodations include The Ashton, a luxury boutique hotel housed in an historic 1915 downtown building and the striking Omni Fort Worth, a deluxe high rise designed by HOK in 2009. The closest hotel to the museums is the Residence Inn Fort Worth Cultural District located next to the Trinity River and in the center of So7. Budget-conscious travelers can find affordable rates at the Fairfield Inn University which is less than a mile from the museums.

Moudy Gallery
2805 W. University Dr. (TCU)
(817) 257-2588
Located on the TCU campus, this gallery is the home of the annual juried Art in the Metroplex, open to Dallas/Fort Worth-area artists.

Christina Patoski is a journalist and photographer who lives in Fort Worth. A former NPR reporter, she has been published in Newsweek Magazine, The New York Times, Life Magazine, and USA Today. Her photographs have been exhibited in museums and galleries throughout the United States, including the Smithsonian’s Museum of American History. She received a National Endowment for the Arts fellowship grant for her video and performance art which was shown at the Whitney Museum of American Art,the Walker Art Center and the San Francisco Museum of Modern Art.

Carol Ivey and Deborah Mersky at The BRIT

[…] about how to map out the perfect weekend there, Glasstire hits the highlights in its latest Texas Art Travel feature. There’s some pretty interesting background in there about some of the […]