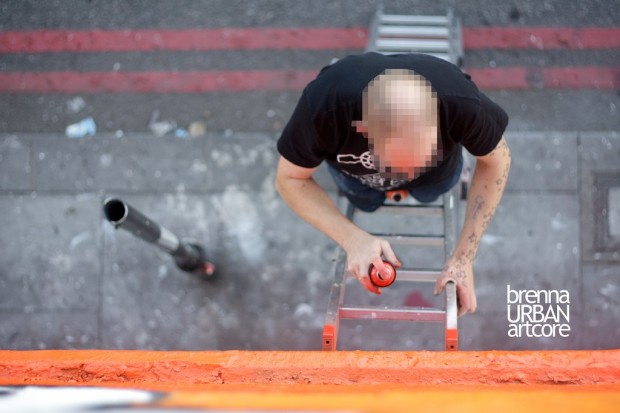 Ben Flynn, a.k.a.  EINE, internationally acclaimed British graffiti artist, will paint two locations in Dallas including the construction wall at the 42-story Museum Tower and on the side of a building in Oak Cliff on Tuesday, September 13 and Wednesday, September 14, beginning at noon. Typical of the street art media biz, the public paintings are advertisements for warez (however good the cause): he will reproduce one of these paintings on canvas to be auctioned at the MTV International’s Staying Alive Foundation RE:DEFINE event which will be held at The Goss-Michael Foundation on September 24.