by Lucia Simek May 19, 2014
FacebookTwitterEmail 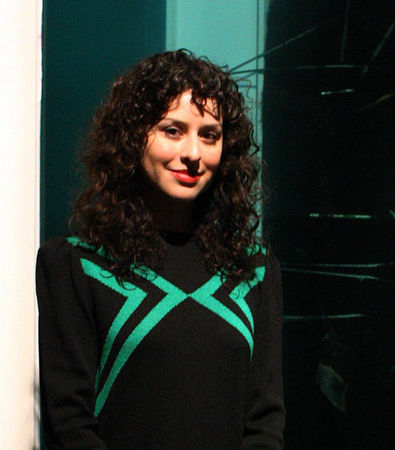 Goss-Michael Foundation’s Associate Director, Ariel Saldivar, has been named as one of the juror’s for the 2014 ArtPrize!

Saldivar has been a key figure in making Dallas’ internationally-recognized GMF a more locally-engaged art space. Her most recent effort in that task, along with the help of GMF Assistant Curator Kevin Ruben Jacobs, has been to connect local artists to international art markets in a program called FEATURE, which is “directed toward engaging extremely talented Dallas-based artists with the programming of the Foundation.” Artist Nathan Green was the first artist presented in FEATURE and has already been connected with Hus Gallery in London.

For ArtPrize, Saldivar will present the prize for Best Installation, one of four juried categories which also include Best Three-Dimensional Work, presented by director of Los Angeles Nomadic Division, Shamim Momim; Best Time-Based work, presented by co-founder of Hyperallergic, Hrag Vartanian; and presenting Best-Two-Dimensional Work will be Andrew Russeth, senior editor of the New York Observer’s Gallerist; and Best Venue will be presented by independent curator Tumelo Musaka.

Use the force, meaning your own opinion. Don’t sacrifice good taste to please friends. Congrats BTW!